Photo illustrations by Will Anderson

The restaurant critic Tejal Rao recently created a “personal smell museum” of her life in Los Angeles, cataloging the aromas she encountered in her home and her office, the scent of vanilla she detected when driving past a commercial bakery. I asked her why she thought a smell museum was such a vital way to document her life.

“Every time you notice a smell — fresh bread, your best friend’s house, a wet dog, garlic frying in butter — it means volatile particles in the air have entered your body and, just for a moment, become a part of you,” she said. “There is no sense more intimate, or more complex, which is why recalling your own personal smell memories can be so precise, vivid and even emotional. Your recollections might be one day, or several decades old, but that smell was once a part of you.”

We asked New York Times readers what smells they would archive in their own smell museums, what scents are so alive for them that they have become part of them. Here’s what they told us. — MELISSA KIRSCH 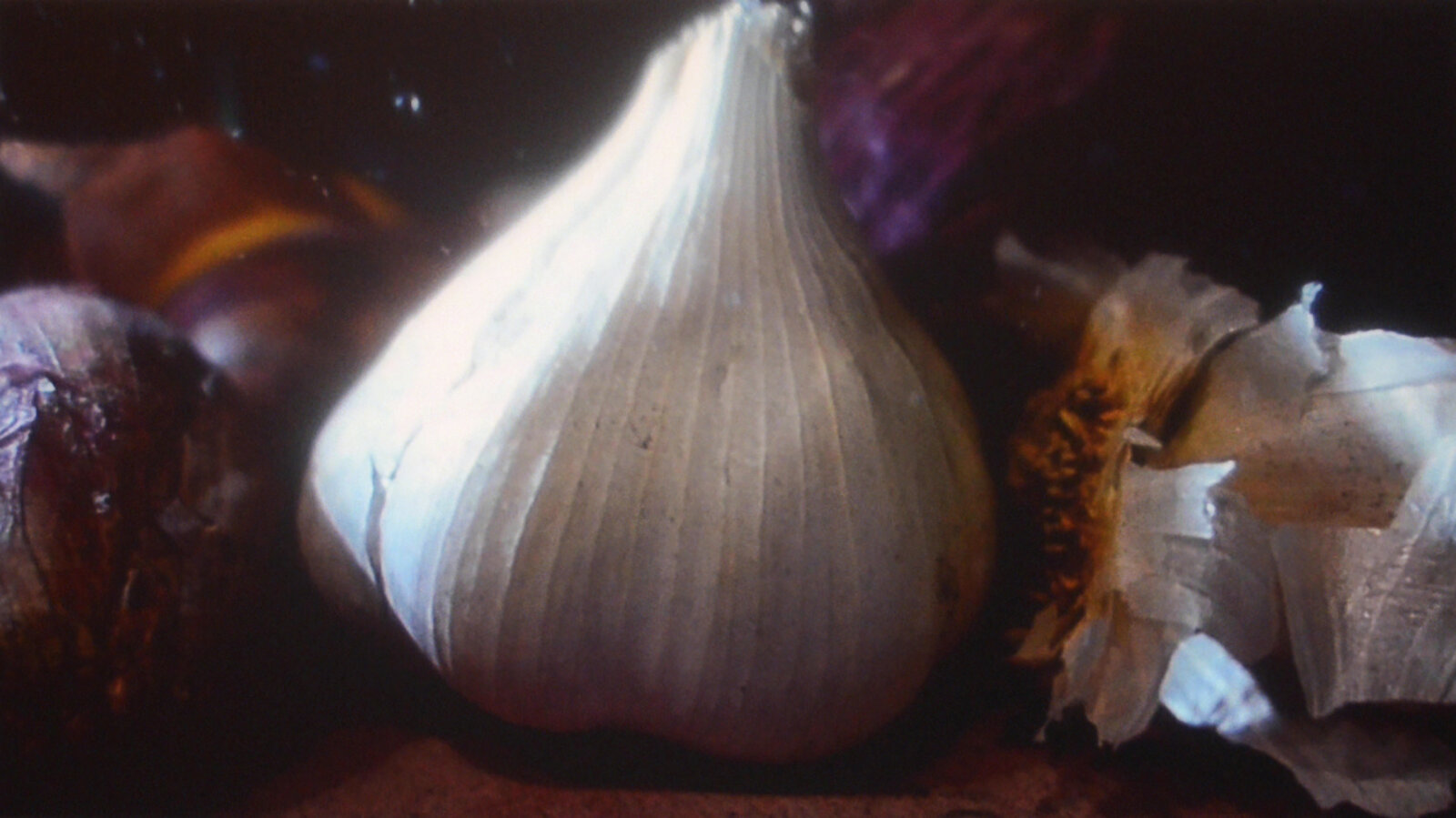 It has now been over half a year since I’ve been inside my grandmother’s house. I visited her garden and said a socially distanced “Hello,” but it wasn’t the same. I missed the smell of her house. I used to stay there for a few nights every so often and I’d always come home smelling “of Granny’s house.” I wish there was a better word for it! I think it’s a combination of home cooking, dust and love.

For years I’ve been in search of a candle that smells like Nuts 4 Nuts, the infamous New York City cart that serves these treats all over the city. I’ve never actually cared for the nuts themselves and think they actually aren’t great, but the aroma is pure magic. 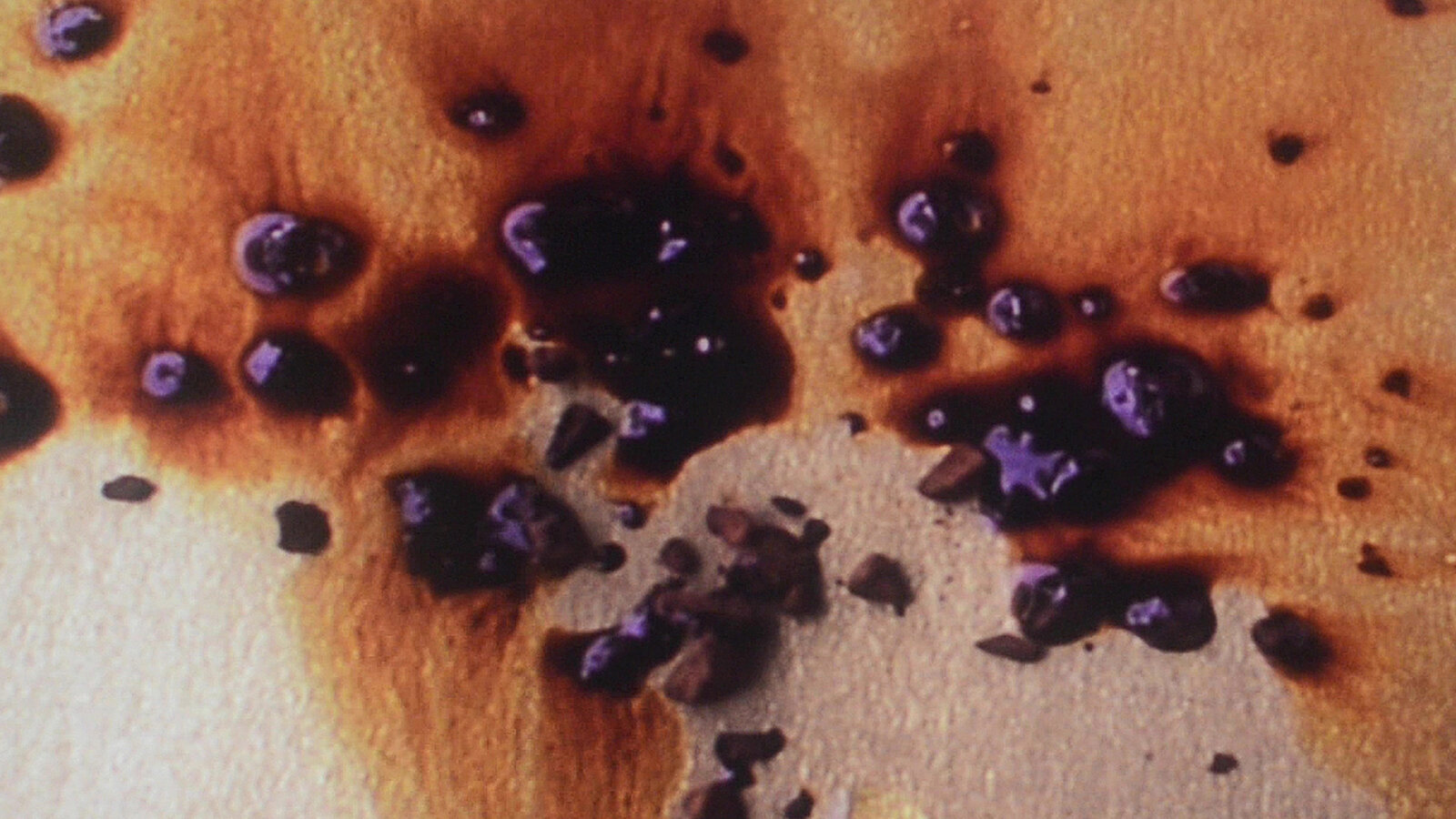 The smell that is so special, singular and specific to me is the smell of Maxwell House coffee. My grandparents drank it, loyally, for their entire lives. No other coffee would do. As an adult now, with them long passed, I still brew Maxwell House because it makes me think of them every day.

I’m 85 and my most precious remembered smell probably does not exist today. As a child we would fly to Fort Lauderdale where my grandparents had a house. Fort Lauderdale was tiny in the 1940s, early 1950s with old fashioned concrete bridges spanning the canals, six from the city to the beach. On either side of the bridges were mangrove swamps, which had a peculiar earthy/briny odor. The mangrove swamps reached as far as the airport, so the first smell was this ripe earth smell. It was delicious. It tasted like vacation.

I studied abroad in Valladolid, Spain, for several months in college, and there was such a distinct smell of trash and cigarettes that we would encounter around various parts of the city. Now when I occasionally smell the same blend, I think “Spain!”

The aroma of the ylang-ylang flowers from trees in Bucaramanga, Colombia. The musk of a sweat on the neck of my horse, Josefina. The scent of my childhood siamese cat, Tomasina. The odor of melcochas (handmade candy) when my grandma poured them, boiling, on a big river stone in Boyacá, Colombia. The bouquet of my mother’s and my favorite flowers: freesias The stink of hog manure from Washington, Iowa. 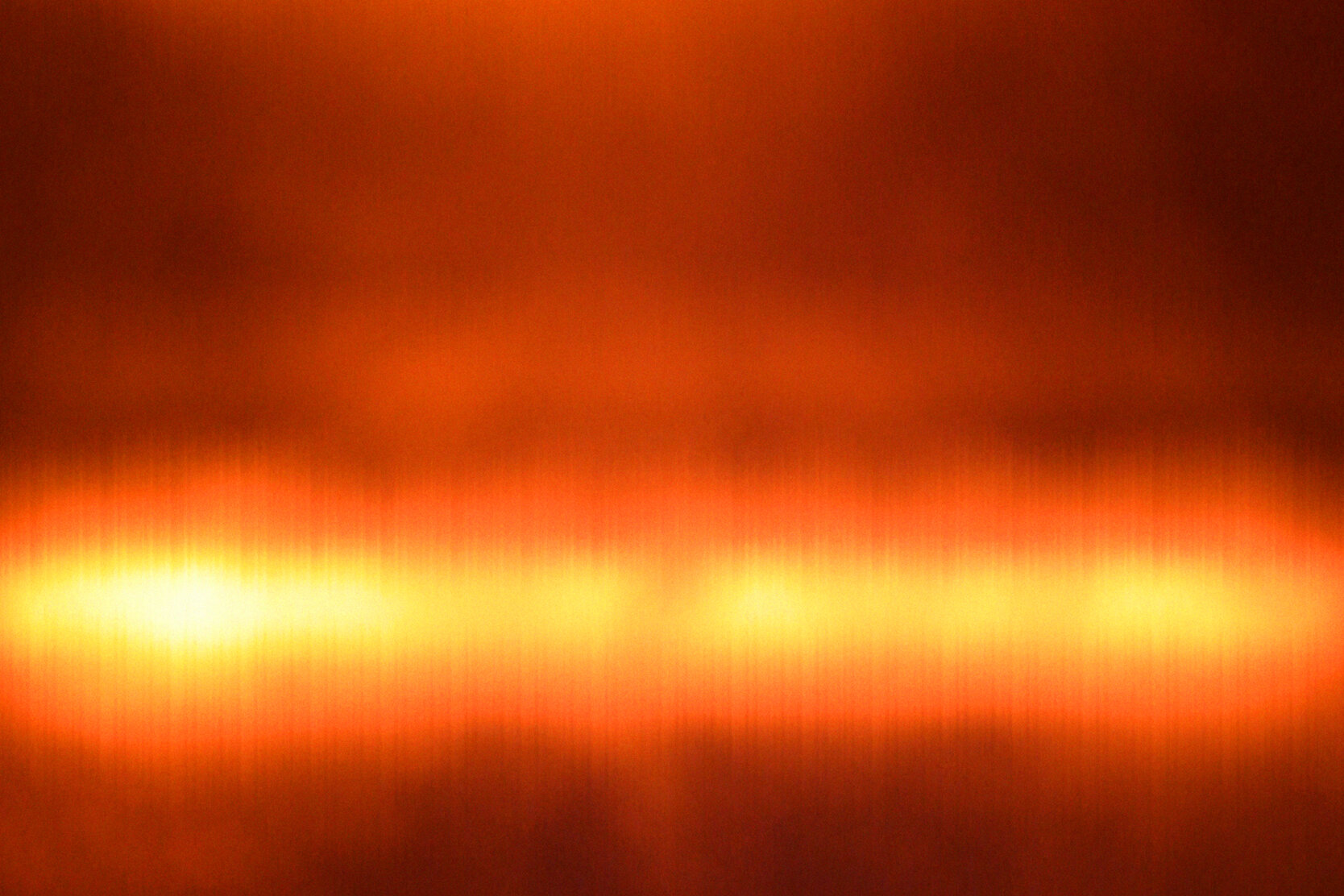 The smell of the oven in self-clean mode. Hot. Not quite burned, but close. Chemical. Musty? Bad, but in a good way. When I was little, that strong smell came into my bedroom at night before major holidays (I specifically recall Thanksgiving) because my mom was getting the oven ready for heavy-duty cooking and baking.

When I was growing up, my dad owned a concrete business. To this day, the smell of newly poured concrete at a construction site stops me in my tracks and I think he must be somewhere nearby.

There are two distinctive soap smells that instantly transport me back in time. One is Dove, which returns me to high school. The other is Neutrogena, which takes me back to my college dorm.

On an unnaturally warm mid-to-late September day with the wind blowing just right, I will take the time to drive past the nearby grape vineyards and practically hang my head out of my car window while I drive just so I can catch the delicious fragrance of the sun-warmed and ripened grapes that are hanging heavy on the vines. You can practically taste the juices and wines they are destined to become.

One scent that always catches me when I encounter it is the smell of my classroom in elementary school. Three of the components of this scent are books, paper and floor wax. The smell immediately evokes an image of myself as an elementary school student dressed in a cotton dress and velvet Oxford shoes.

My late husband had a particular scent, and it was strongest after he had been exercising, particularly under his left armpit. There was a smokiness to it, certainly, but also a pleasant tang, almost a citrus-like astringency, and I couldn’t get enough of it. My one word for it is “raunchious,” which isn’t a real word, but I didn’t want to say “raunchiness” as what I’m trying to get at is a combo of the words “raunchy” and “delicious.” 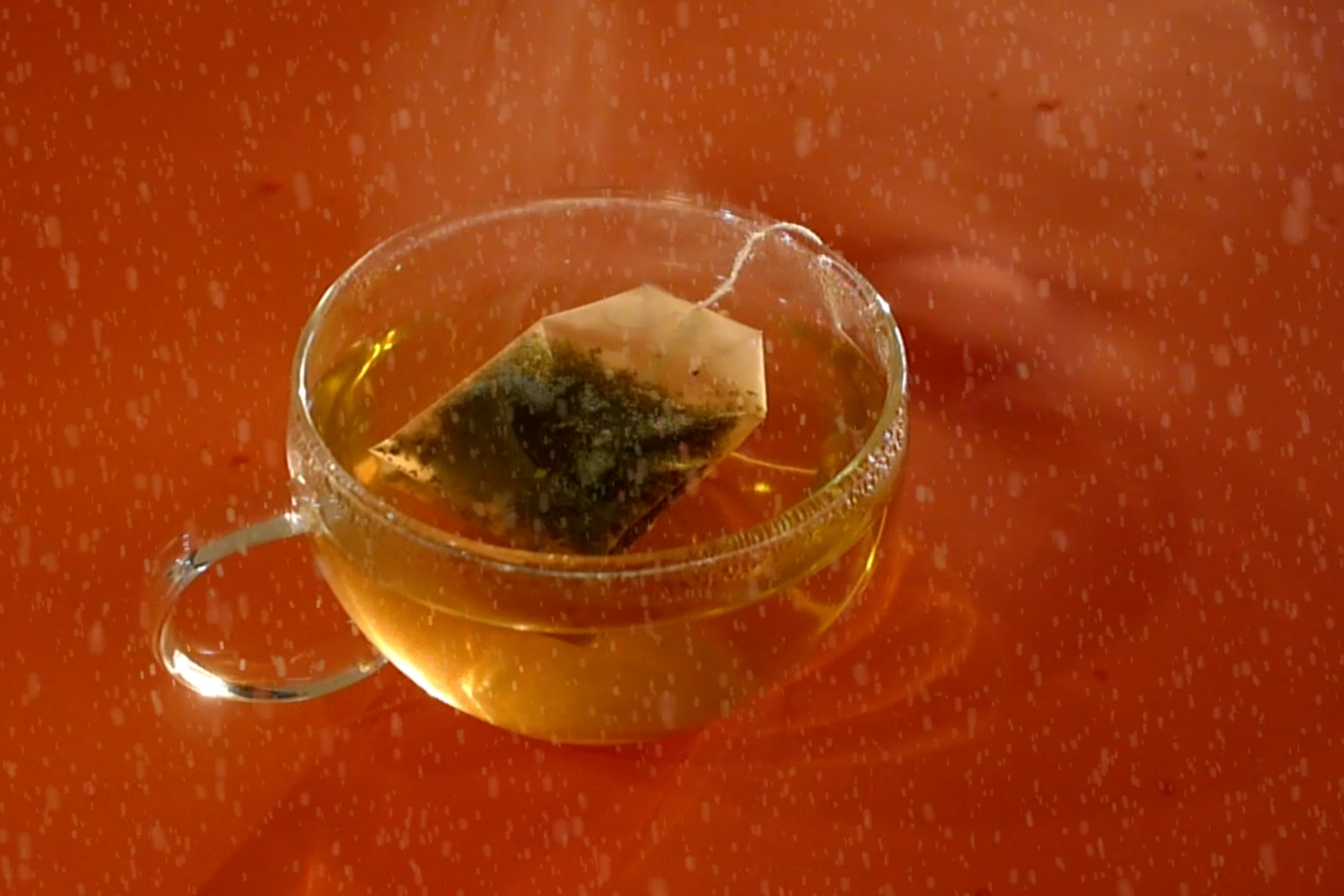 Each night I brew up a cup of hot peppermint tea. The swirling scented steam takes me to 1997 wintertime Switzerland. As a young exchange student, I would sit each night in the warmly-lit kitchen and chat in broken German with my host mother, Iris. Together we would watch the snow fall on her white-blanketed garden and drink peppermint tea.

The smell that fallen leaves release when I walk through them. It’s spicy and earthy and reminds me of jumping in leaf piles with my sister when I was little. Those leaves have a distinct sound, too: a brittle, airy rustle.

The scent of my grandmother’s apartment, the home she kept for almost 40 years, had a very specific aroma. It was a combination of aged furniture and furs, sherry and cigarettes, leather and perfume, tea and books with a soft hint of banana that greeted you when you entered from the back staircase. I can conjure that scent in my body and pretend to smell it but I know I will never inhale it again.

The smell of all of my dogs’ paw pads. The scent is exactly the same as Fritos, no matter the dog, their age, breed or where they’ve recently walked. All of them smell like corn chips. 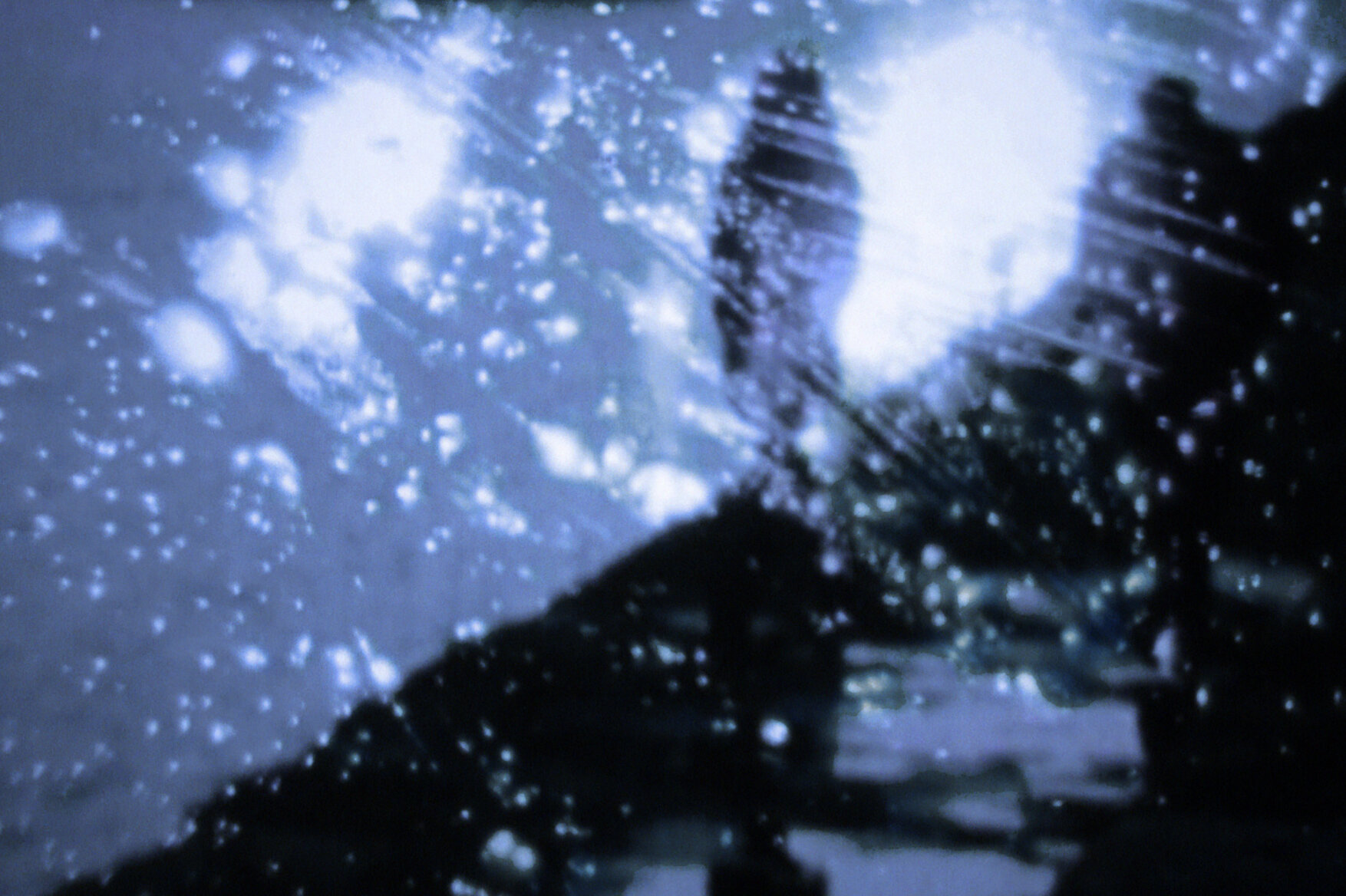 Just at the beginning of the cold and wet that is Northwest late autumn, when the rains have restarted and frosts start your mornings, we have a particular smell when you step out for your evening walk. The air is crisp, full of water but not yet frozen. It smells of wind-whipped coastline and cold stone. It evokes memories of walking through Northern English stone streets to the chip shop on the way back from Girl Guides. You feel like looking for a lamplighter calling “All is well.” Winter’s coming.

I once lived in New Orleans and we used to describe its heady and unforgettable scent as a combination of star jasmine and hot garbage.

Strange as it may seem, the smell of mums evokes many memories of my youth. My mother planting them, a little bouquet in a glass on the table, and the fabulous array of colors. Junior high football games with us tripping along the sidelines with pompoms made of mums smelling so good and a band drumbeat in the background makes me yearn for simpler times.

I am a retired teacher. One of my distinct memory smells has to do with children playing at a table while I play along, too. The scent is the smell of new Play-Doh. Nothing else smells like it.

A friend told me she went to walk around Home Depot as a getaway from her three virtually-schooled sons. I thought that sounded lovely because my very first job as a teenager was at a hardware store/lumberyard, and the smell of cut, treated wood is so nostalgic. Strolling Home Depot brings me right back to that store!

Fresh vinyl, maybe mixed with peanut butter and bread wrapped with wax paper. It was the very smell I experienced on my first day of first grade as I unzipped the top of my brand-new bright yellow lunch kit emblazoned with “Sock It to Me.” It is the smell of fear, loneliness, longing for home and courage all rolled into one. It has stuck with me for 52 years. I still get a whiff of it every now and then and it still brings back that exact, mostly bad feeling, tempered with a tiny bit of “I can do this.” 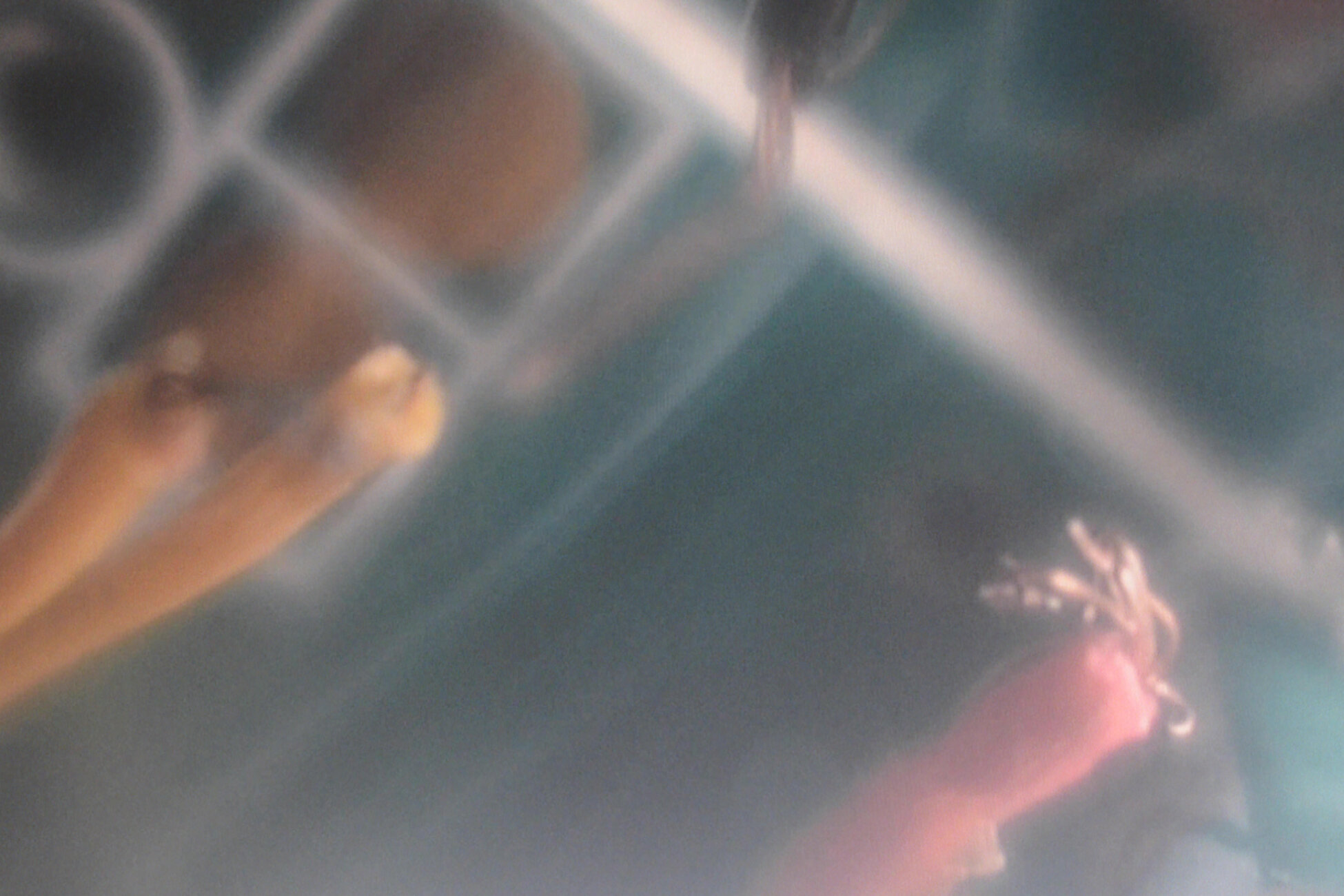 I recently used my soldering iron to repair some damaged wiring, and, as the soldering wire melted and released its intense odor of rosin, which is used as a flux, I was transported back to my father’s backyard shed where, for a hobby, he repaired radios and TVs.

I wish there were a single word for the smell of sawdust, motor oil and soil. That combination of “manly” smells always makes me think of my father who worked with his hands all his life. It is what I smell in his garage, 25 years after he has passed away. It makes me feel safe.

What scents would you put in your own “personal smell museum”? Tell us: [email protected] Include your full name, age and location.

We’re At Home. Drop us a line or sign up for our newsletter.