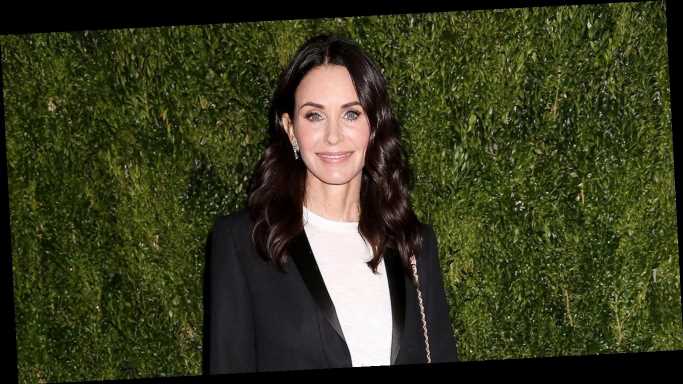 Move over, The Rembrandts! Friends alum Courteney Cox covered “I’ll Be There for You” on the piano in a new Instagram video, posted on Wednesday, February 17.

‘Friends’ Cast: Where Are They Now?

Cox, 56, played the piano to the Friends theme song as musician Joel Taylor accompanied her on the guitar. At one part, she paused to clap her hands along with the iconic moment in the track.

“How’d I do?” the Scream star captioned the video. “Let me know what I should learn next below.”

Always There! See the ‘Friends’ Cast Reuniting Through the Years

The Screen Actors Guild Award winner played Monica Gellar on the NBC sitcom from 1994 to 2004, alongside Jennifer Aniston, Lisa Kudrow, Matthew Perry, David Schwimmer and Matt LeBlanc. The cast is set to appear in the upcoming reunion special on HBO Max, which was originally supposed to air in May but was pushed back multiple times due to the coronavirus pandemic.

The special, which will also feature cocreators Marta Kauffman and David Crane, will be the first time the full cast is back together on screen since the show aired its finale. It is set to film on Stage 24 at the Warner Bros. Studio lot in Burbank, California — the stage the sitcom was originally filmed on.

A New Timeline! Everything the ‘Friends’ Cast Has Said About the Reunion Special

“It’s more like the six of us together talking about the good old days,” LeBlanc, 53, told said on The Kelly Clarkson Show in April 2020. “We got the band back together without the instruments.”

In August, Aniston, 52, looked at the silver lining around the delay. “This has also given us more time to make it even more exciting and more fun than it would have been. So I choose to see it as the glass is half-full that it got postponed,” the Morning Show star told Deadline at the time. “Look, we’re not going anywhere. You’re never going to get rid of Friends, sorry. You’re stuck with us for life, guys.”