Karen Allen has offered her interpretation of a scene in “Indiana Jones and the Raiders of the Lost Ark” that she feels has been somewhat misinterpreted.

Over the years, some fans of the franchise have arched their brows at her character Marion Ravenwood’s introductory scene in the 1981 adventure film, which they believe pegs Indiana Jones (played by Harrison Ford) as a pedophile.

In the scene, Indy turns up at Marion’s bar in Nepal. It’s the first time the characters have seen each other in a decade. After Marion greets Indy by slugging him across the face, a vague and sinister conversation ensues between the two that alludes to a heated past.

“I’ve learned to hate you in the last 10 years,” Marion tells Indiana after socking him. When Indiana says he never meant to hurt Marion, she responds, “I was a child! I was in love! It was wrong, and you knew it.”

Indiana then counters with: “You knew what you were doing.”

Later, Indiana learns that Marion’s father — and Indy’s mentor Abner — has died. Upon the news Indiana tries to console Marion, but she snaps: “Do you know what you did to me? To my life?”

In an interview with Allen published Tuesday in Uproxx to mark the 4K Blu-ray release of “Raiders of the Lost Ark,” Allen offered her view of the scene.

“I don’t think of him as a pedophile,” Allen told Uproxx. “That’s the direction some of these people are going.” 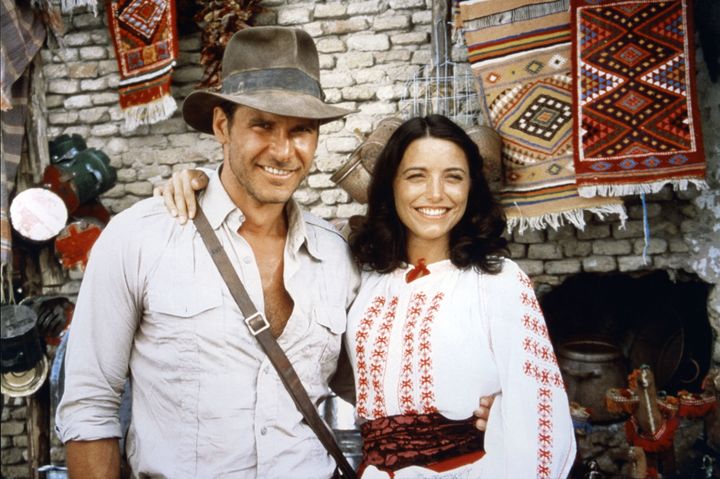 Although Allen says that in her mind, Marion was 16 and Indiana was 26 when they first met, she points out that their discussion in “Raider of the Lost Ark” was “left very mysterious” and that “we don’t know what the circumstances are.”

“I mean, they could have kissed a few times, and she was just completely bowled over, and he could have just not wanted to get involved with someone so young,” Allen told the website. “And maybe my [character’s] father would have been furious at him.”

Allen added: “So she obviously cared deeply for him. He may have cared for her, too. But, in the end, decided it was a dangerous situation and he didn’t want to be involved.”

Allen said that although the conversation was vague, she always tended to view it as “quite innocent.”

“When [Marion] says, ‘It was wrong, and you knew it.’ I mean, I think maybe he led her on in some way. But when she says she was a child, I think she meant she was 16. Something like that.”

In 2015, Polygon reported on an unsubstantiated transcript of the 1978 story meetings between the film’s creators. In the transcript, George Lucas suggests a backstory in which Marion was as young as 11 or 12 when she engaged in a relationship with an adult Indiana. (Steven Spielberg then shoots down the idea of Marion having been that young.)

And sure, the age of consent in the United States is ﻿ages 16 to 18, depending on the state, and “Raiders of the Lost Ark” took place in 1936. But, we’re sorry, a 26-year-old being romantically involved with a 16-year-old is still eyebrow-raising by 2021 standards.