In the year 2020, it’s normal — and very reassuring — to see our friends and family members in face masks. It can be off-putting, however, to see a favorite TV character wear one.

For most of us, television is an escape. We cling to it, knowing it may help us get out of our heads. But when the shows we depend on to soothe our minds start giving us a dose of a reality — about the pandemic, election and other news — things can get complicated, according to mental health experts. There are positive and negative effects to seeing real-life scenarios play out on screen, depending on the type of content we’re consuming.

Specials like Freeform’s “Love in the Time of Corona” and sitcoms including NBC’s “Connecting…” and Netflix’s “Social Distance” were made in and about the pandemic, but preexisting scripted series are also choosing to tackle coronavirus storylines. Showrunners for “This Is Us,” “black-ish” and “The Conners” are already addressing the pandemic and its effects on their characters. And network shows about essential workers, including “Superstore,” “Grey’s Anatomy,” “Station 19, “The Good Doctor,” “9-1-1 Lone Star” and the “Chicago” franchise, all plan to take on the early days of the coronavirus lockdown.

But is it healthy for viewers to absorb visual retellings of our pandemic lives? 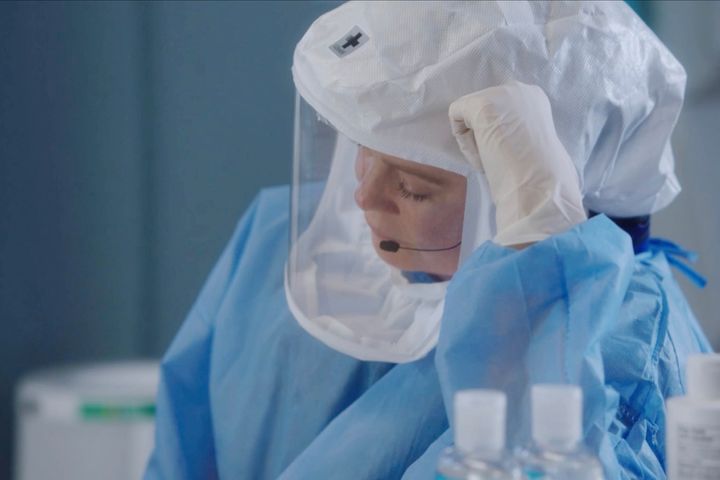 “At a time when social distancing guidelines have increased isolation and decreased ― or, at the very least, complicated — opportunities for social connection, these storylines and the people in them may be the next best thing in terms of connecting to others,” said Enrique W. Neblett Jr., a professor of health behavior and health education at the University of Michigan. “The storylines can help people normalize and process events and experiences they are having with others. They could potentially also provide a sense of control over an environment that is often uncertain and unpredictable, especially in the context of national events, like the election.”

Melissa L. Whitson, an associate professor of psychology at the University of New Haven, said that while fantasy series offer viewers a respite from the news and our day-to-day, dramas like “This Is Us” and “Grey’s” have been known to realistically address lived experiences. Viewers respond to storylines they can identify with and relate to, whether they be about the adoption process or someone’s battle with cancer.

Critics and fans alike have commended “This Is Us” showrunner Dan Fogelman for diving headfirst into topics other Hollywood writers avoid, including pregnancy loss and the foster care system. So perhaps it’s not surprising that he tweaked Season 5 scripts to reflect the ways in which the coronavirus pandemic has affected his characters. 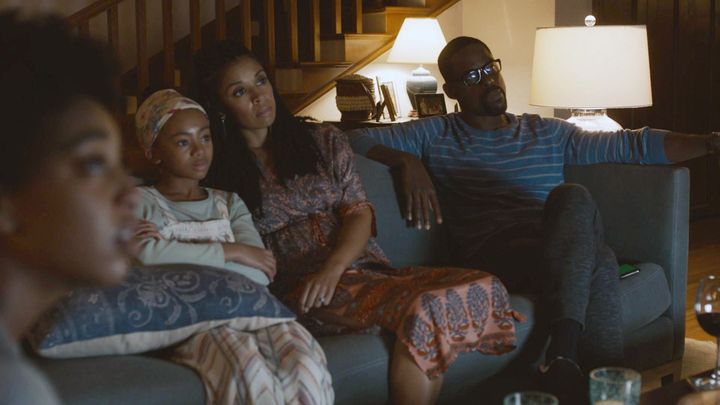 In the two-hour premiere of “This Is Us” that aired last month, Kevin (Justin Hartley) and his fiancee, Madison (Caitlin Thompson), navigated a pandemic pregnancy. His brother Randall (Sterling K. Brown) and his family grappled with civil unrest following the deaths of George Floyd and Breonna Taylor.

In a recent interview with Entertainment Weekly, Fogelman said he was initially torn between avoiding the horrors of 2020 and attempting to comment on them through his scripts.

“I can’t tell you the amount of debate that has gone into everything from our show existing in a world that corona has not happened — like many shows are going to choose to do — to making an entire first nine episodes all happening during a quarantine period in our off-season,” he said. “We’ve been all over the map. I think we have a plan that splits the balance.”

Similarly, on the Season 7 premiere of “black-ish,” front-line worker Dr. Rainbow Johnson (Tracee Ellis Ross) balances the fight against COVID-19 and her family’s quarantine habits. Star Anthony Anderson also said the show will address how the protests against systemic racism affect the Johnsons. 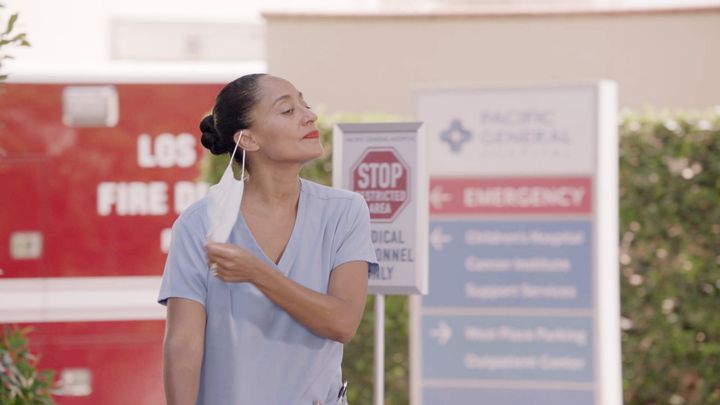 “Even though we say we want to escape and to forget about things, watching people struggle with these issues and seeing different ways they deal with it might actually be somewhat restorative or calming,” Whitson said.

But other psychologists said watching certain situations play out on a fictional TV show can be hard for viewers.

“It is important to understand that not all ‘escapes’ are healthy ones,” said Dr. Teralyn Sell, a psychotherapist and brain health expert. “Perhaps it would be a better idea to tune into television that is unrelated to what is going on in the world today, to offer our stress hormones a much-needed rest.”

Neblett said it can be mentally damaging to reexperience trauma and overengage with shows and films that touch on the pandemic, especially for those grappling with depression, anxiety and post-traumatic stress disorder.

“The same questions that arose around repeated exposures to trauma, be it with 9/11 or social media footage and clips of police violence, may be relevant in considering how repeated exposure to these storylines could be triggering and lay the foundation for post-traumatic reactions and responses,” he said.

According to Twitter, some audiences seem to agree. A lot of people on the platform are complaining about pandemic-focused plots and how they fuel anxiety.

Dr. Frank Farley, a professor of psychological studies in education at Temple University and former president of the American Psychological Association, said he strongly believes reevaluations of our current reality can be detrimental.

“We are, in general, a life-seeking, stimulation-engaging species overall ― pursuing change, overcoming challenges, motivated by tomorrow’s possibilities, invigorated by variety, engaging the new, battling boredom,” he said. “Thus a reliving of what is already in front of us and all around us, and is interfering with any semblance of a good and happy life, is not in general a healthy offering of the media.”

“It is a piling-on of misery, an overload of negativity,” he added.

Whitson, however, said it doesn’t necessarily work that way.

“We don’t have to remind anybody about the pandemic; we’re all impacted by it and we’re all living it,” she said. “So I don’t see that there’ll be a lot of negative impact.”

Indeed, some viewers sound excited to see how their favorite TV doctors will handle the pandemic.

Like Fogelman, “Grey’s Anatomy” showrunner Krista Vernoff went back and forth on whether to incorporate COVID-19 into her medical drama, but ultimately decided that she’d balance out activism with escapism.

“I wanted to tell the story of the impact of the pandemic on our ‘front-line’ workers,” she told The Seattle Times. “Think about that: Doctors and nurses and orderlies are being called front-line workers. But they have not been trained or equipped to fight a war.”

The same is true for “Superstore,” whose Season 6 premiere featured the Cloud 9 team facing their new masked-and-sanitized normal as grocery store workers. The half-hour comedy, of course, takes a more humorous approach to the pandemic than “Grey’s.” Still, it will be triggering for some people as our country braces for a possible surge in cases, Neblett said.

“TV shows and culture might provide some semblance of control and connection that viewers may find reassuring,” he said. “However, I imagine no one will be interested in an overwhelming number of stories about death and dying, particularly if they are experiencing these losses and impact of the pandemic directly and personally.” 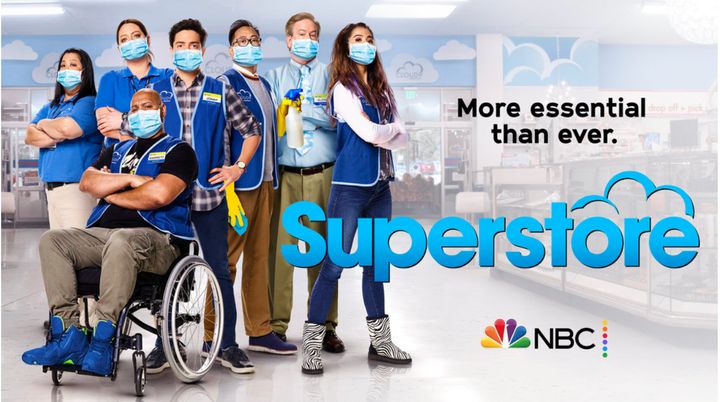 There will always be those who crave coronavirus storylines, even if they are mentally scarring.

Whitson said even the controversial Michael Bay-produced “Songbird,” an upcoming film starring KJ Apa and Sofia Carson that envisions a four-year lockdown caused by a coronavirus mutation, will attract plenty of attention. She said that what really matters is how how viewers digest these outbreak stories.

“It’s so difficult right now for us to think about what the future is going to look like in the next three months, in the next six months, in the next year. Some of us are trying to think positively about what it might look like, but there’s also a lot of people who are thinking, ‘Well, what if it doesn’t look like that?’” Whitson said. “Our ability to think out those different scenarios is not necessarily a bad thing as long as we don’t get fixated on, ‘Oh, this is definitely going to be horrible.’ That sends you into this vicious spiral where you’re not able to see any potential positive outcomes and then you become depressed or withdrawn.”

Deborah Ann Davis, an award-winning author and parenting skills coach, counters that idea: “Once you watch a pandemic movie in the middle of a pandemic crisis, you can’t un-watch it. If it generates emotions and fears in you, there’s no escape from that.”

Watching something like “Contagion,” she added, might leave viewers reevaluating their own lives, and depression or fear could skyrocket with every coronavirus news alert.

As a solution, Farley said showrunners or filmmakers who choose to tackle a pandemic storyline should incorporate realistic solutions to our public and private problems, and address complaints about lockdown life.

“Any means of having fun, finding connections and staying alive will be embraced, in my view,” he said.