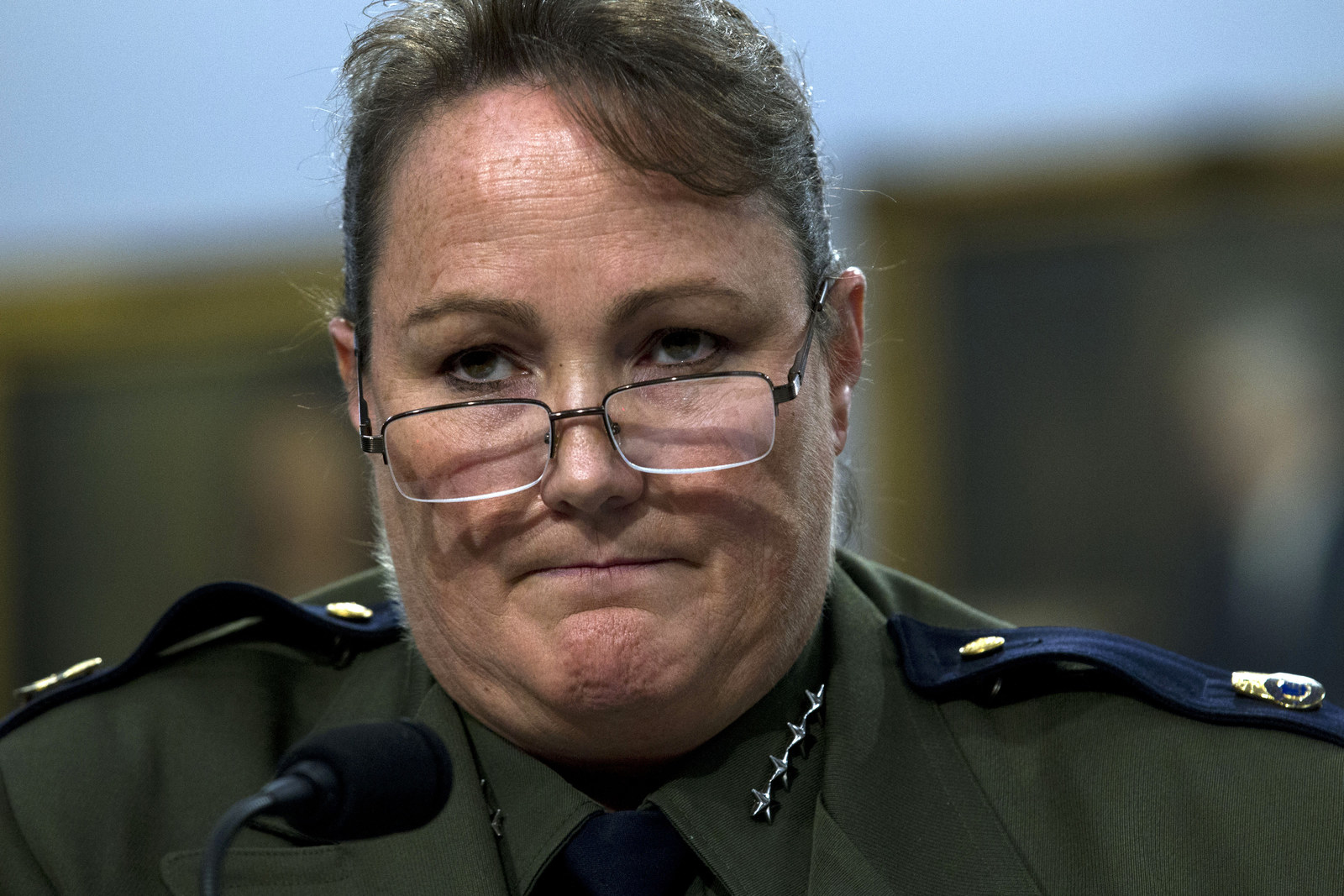 The chief of United States Border Patrol admitted to members of Congress she was a member of a secret Facebook group filled with racist and sexist posts, but claimed she was not aware of the troubling content until the group was revealed by reporters.

“I didn’t think anything of it at the time,” Carla Provost told members of the House Appropriations Committee Wednesday. “I’m on Facebook very, very rarely.”

Inside the secret group titled “I’m 10-15,” current and former Border Patrol agents posted racist and misogynistic comments, at times joking about the deaths of migrants in CBP custody and including illustrations of lawmakers engaged in sexual acts with detained immigrants. At least five children have died in US custody since December.

When the Facebook group was first reported by ProPublica on July 1, there were roughly 9,500 members in the group.

“Let me be clear, on July 1 was the first time that I saw those highly offensive and highly unacceptable posts when I saw them in the ProPublica report,” she told lawmakers.

Provost said she reported herself to CBP’s Office of Professional responsibility when she realized she was a member of the group, and turned over her login information to the office.

At least 70 current and former CBP employees are now under investigation for taking part in the secret group, and Provost said some of them have been placed on administrative duties during the investigation.

But the agency chief pushed back on suggestions that the group was indicative of a subculture within the agency, or that the department had allowed the group to exist.

“I would still not call it a subculture,” she said. “The vast majority ninety-nine point-whatever-percent of our men and women are good hark working American citizens who are doing the best they can in a very difficult crisis,” she said.

Provost’s membership in the group was first reported by the Intercept, which found that she had not only been a member of the group but commented on one of the posts. According to screenshots, Provost responded in what appeared to be a friendly manner to another member’s comment about her quick rise in the agency.

But while testifying before members of Congress, Provost said she was an infrequent user of Facebook, which she joined in 2017 after a colleague suggested she connect with groups where members of her agency sometimes discussed her job performance.

“I use it occasionally, like I said previously, to speak with friends back home, to answer instant messages and now and again to see how my workforce feels how I’m doing,” she said.

The chief added the agency needed to respond to employees who participated in the group, and said that some of them have been instructed to stop taking part in it.

Still, she pushed back when asked by members of Congress how she would address a subculture in the department that might have fostered the behavior seen in the group.