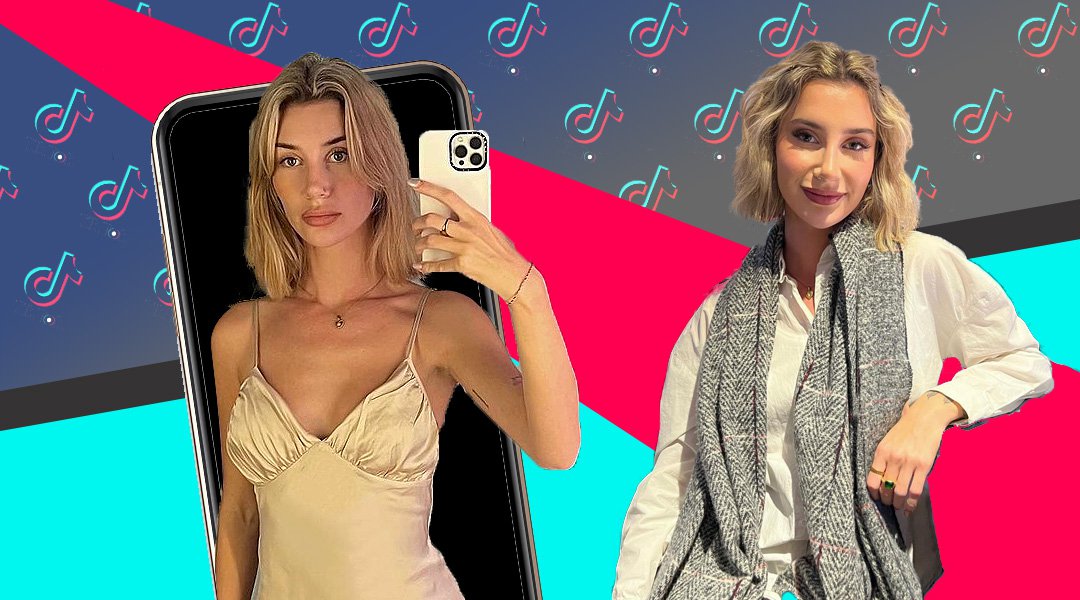 One of the most popular reality shows of this generation, ITV’s Love Island receives thousands upon thousands of applications from romantic hopefuls longing to meet their match.

We watch the successful candidates flirt it out to be crowned couple of the zeitgeist, but what happens to those that don’t get the call-up?

TikToker Summer Fox boasts over 380,000 followers online and despite garnering millions of views on her content every day, she failed to tickle the fancy of the show’s producers.

Applying for the series via the network’s digital portal, the social media influencer, 25, figured it would be a fantastic way to start a new glitzy career away from the construction site she worked on at the time.

Summer filled out the forms, answered the round of questions fired at her by overly zealous producers on the phone and nabbed herself an in-person interview at ITV’s studios.

‘I got a call from an assistant producer and when they said Love Island, I was like… oh my God!

Ah ahhhhhhh any dream will do x #grwm #chattygrwm #storytime

‘You get really excited, you feel like you’ve got it already and I felt like my life’s about to change but those people on the phone – they’re always very enthusiastic and really good at making you feel special,’ she revealed.

The TikTok star shared her preparation process for the actual interview, whereby showrunners told her to dress as if she was going on a date.

Under the impression the casting would be done on an individual basis, she was shocked to enter the studio lobby only to be welcomed by a sea of beautifully manicured faces all vying for the same chance to sift through male models and PE teachers in front of the nation.

She explained: ‘You get this email from Love Island, an auto-generated one that says the time and place you need to be there at the ITV studios. You need to look like you’re going on a date night, high energy, get your stories ready – and you’re not allowed to tell anyone.’

Arriving late to the interview, Summer remembered being transported back to school as heads swivelled around to check out their competition.

‘You all go into this canteen room and sit down and you have to fill in the forms – it’ll ask you what’s something secret that no one knows that you’ve done and I think those are what they use later on in the show in the challenges.

‘Then one by one they call you into the actual audition room where there’s a massive camera and a big green screen and people taking notes on you. It’s all very intense!’

Once the audition began, she was sure she had it in the bag from the nudges and winks she received from producers throughout.

Summer continued: ‘I felt like I had to be really over the top, enthusiastic and put on a show. I told my stories and everything went well. I remember they film you up and down at the end, like your body, you have to stand up and they filmed me up and down, which I thought was weird.

‘I thought I’d done so well because he nudged me at the end and was like, “that was the best one of the day” and you walk out feeling so good because again, they’re so good at making you feel special.’

Leaving the studios on a high, Summer was already mentally packing her bikinis and working out which heels to pair with them for her opening sequence – after all they had basically confirmed she was in, right?

Refreshing her email and checking her voicemail, she eventually came to terms with the fact that she had ultimately been ghosted by Love Island, without a single note to thank her for her time.

‘I told all my friends it went so well and then I just heard nothing. You don’t even get an email or anything to say that you didn’t get it.

The now successful self-made internet influencer reflected on how the process affected her in the aftermath: ‘When you are young, you don’t know what you’re doing.

‘I was disappointed and it made me more motivated to change my life myself and get myself out of the job that I was in as I obviously wasn’t happy if I was seeking something more exciting.

‘Every year after that I would get automated emails asking me to apply again and I never did.

‘So, although I don’t say it affected me, it may have subconsciously as I just thought, what’s the point?’