Calm your nerves with a meditation guide, a night at the Seattle Symphony and a day among the sea otters at the Monterey Bay Aquarium. 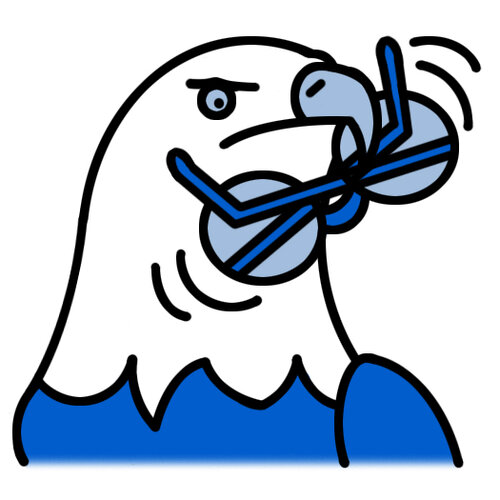 By Katherine Cusumano and Adriana Balsamo

Here is a sampling of the week’s events and how to tune in (all times are Eastern). Note that events are subject to change after publication.

Start preparing for Thanksgiving (it’s never too soon) with the volunteer-run Homeschool Co-op’s online pie crust-making class. During this hourlong seminar, you’ll learn how to make one double crust or two single crusts from scratch. The organizers will send out a recipe in advance so that you can follow along from your kitchen. (The class is free, and attendance is limited to 100 participants.)

Brush up on America’s foundational document with the Philadelphia-based National Constitution Center’s comprehensive Interactive Constitution. Browse the full text, then dig deeper with blog posts, videos and podcast episodes addressing such questions as why, really, do we have an Electoral College? And how are voting rights lawsuits being decided?

Get the tools you need to teach your young child about what an election is and the voting process with PBS. The printable voting kit, best for ages 2 to 5, includes a Bingo game and “I Voted Today” badges to color, cut out and wear. For bigger kids, ages 6 to 8, take the civics conversation to the next level by having them host their own election at home and create ballot boxes. If your children are extra ambitious, you can even help them write their own news story.

Be carried away by three performances curated by the New York City Ballet principal dancer Tiler Peck. The series, called “A New Stage,” was filmed in September and is available to stream on CLI Studios, an online dance education platform. Ms. Peck stars in two of the three pieces, including “Petrushka Reimagined.” Brooklyn Mack and Lil Buck join her in this hip-hop infused interpretation of the classic ballet. In “Unusual Way,” Ms. Peck collaborates with the Broadway actress and singer Sierra Boggess. And finally, Syncopated Ladies tap along to songs by Ciara and John Legend in “Syncopated Ladies: Amplified.” The series costs $19.99 and viewers must create a free CLI Studio account to view. In addition to the ticket, you will get access to a handful of free dance classes each week.

Spend the evening with the Seattle Symphony, which will perform a selection of works by the composers Claude Débussy, Frank Martin, Arthur Honegger and Thomas Adès. The concert will be led by the conductor emeritus Ludovic Morlot, who returns to the orchestra for the first time since stepping down as its music director last year following an eight-year tenure. Access to online programs from the Seattle Symphony costs $12.99 per month.

If you’re one of the more than two-thirds of Americans whose stress level has increased significantly this election season, bring some calm to your cluttered mind with The New York Times meditation guide. Learn the basics of mindfulness and what do when your mind continues to wander. The guide includes one-, four-, 10- and 15-minute recordings, as well as recommendations of tried-and-true mindfulness apps to keep your practice going.

Seize the final opportunity to watch “November,” a new film directed by Phillip Youmans adapted from the poet and playwright Claudia Rankine’s play, “Help.” Produced by The Shed and Tribeca Studios, the film explores white male privilege and the joys of being Black by recounting conversations Ms. Rankine has had with white men in liminal spaces (like, airports or waiting areas) throughout her life, interspersed with scenes of Black life shot in New York City.

Explore the world of sea otters with a free course from the Monterey Bay Aquarium in California. Fun fact: These cuddly creatures have one million hairs per square inch of their bodies to help keep them warm. (For comparison, most people have 100,000 to 150,000 on their heads.)

Listen in on a conversation between two actors, writers and iconic Texans: Matthew McConaughey and Ethan Hawke. During this discussion, hosted by the Texas Book Festival in partnership with the Austin, Tex., bookstore Book People, they will discuss Mr. McConaughey’s recently released memoir “Greenlights.” Tickets cost $41 and include a copy of the book; the fee is tax-deductible.

See “Othello” pruned back to its most essential elements during a performance of the Shakespeare classic, abridged and staged by one actor on the surface of a dining table, using household objects as characters and props. It’s part of a presentation of 36 Shakespeare plays — comedies, histories, tragedies — put on by Forced Entertainment, a theater collective based in Sheffield, England, at the Center for the Art of Performance at the University of California, Los Angeles.

The 2021 Grammy Nominations Were a Big Moment for Twitter Stans

Linda Gray: Dallas star announces death of son Jeff Thrasher at 56 ‘Was loved by everyone’
We and our partners use cookies on this site to improve our service, perform analytics, personalize advertising, measure advertising performance, and remember website preferences.Ok