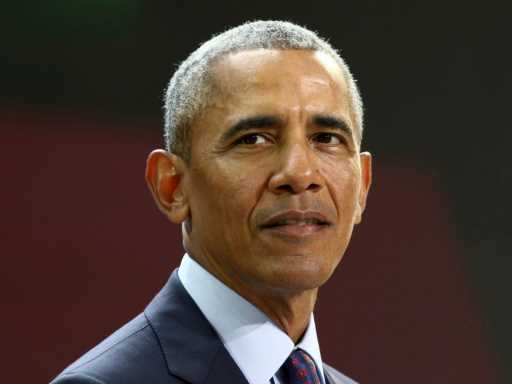 Former President Barack Obama’s birthday party, which was reportedly scaled back, looked like a pretty big bash to us. While there were COVID protocols in place, it looks like half of Hollywood stopped by his Martha’s Vineyard estate to celebrate his milestone birthday. 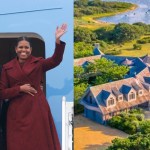 The three-day event included welcome drinks on Friday, the main celebration on Saturday and a brunch on Sunday. There was apparently a photo ban in place for the festivities, but the images kept popping up and then disappearing over the weekend. Erykah Badu, who performed at the party, got a sneaky selfie video of Barack grooving to the music and posted it to her Instagram Story only to remove it soon after. (See the images at the Daily Mail.) Musician H.E.R. managed to get the former president and wife Michelle Obama to pose with her in their tropical attire, but that post didn’t last too long in her Instagram feed either.

Other celebrities in attendance did manage to follow the no-social-media rule at the party by sharing their fabulous wardrobe choices instead. Chrissy Teigen and John Legend looked wondrous in off-white outfits and their new Bassett hound, Pearl, even made a cameo. Gabrielle Union and Dwayne Wade posted their whole weekend of fashions, with Union’s stunning, one-shoulder hot pink and gold outfit winning the moment. Of course, there were even more A-listers, who took an even subtler approach with no social media at all, but we know they were there, thanks to the paparazzi.

Tom Hanks, Bruce Springsteen, Don Cheadle, Bradley Cooper, Beyoncé and Jay Z were some of the superstars who made the invitation list, per TMZ. Not everyone was happy about the party, though, a local criticized the 44th president to the Daily Mail, “He wants people to think this is going to be small and intimate, but I don’t think we have the same definition of intimate.” The approximately 500-person list went down to 300-400 people, according to the U.K. publication. So all of Hollywood’s A-list celebs certainly made the cut and did their best to honor the photo policy — which was harder for some folks more than others.

Before you go, click here to see photos of Sasha and Malia Obama growing up before our eyes.