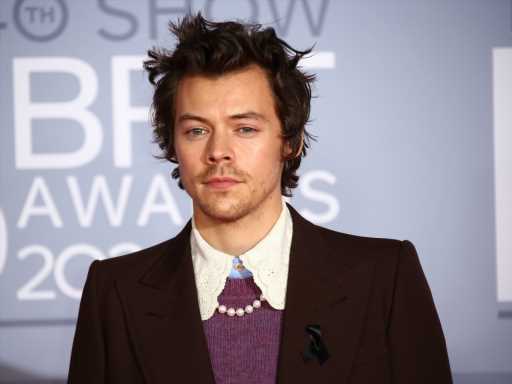 Men in Hollywood trading in their first wives for women twenty years their junior? Tired. Celebs of all genders dating older women and loving and respecting them like crazy? Wired. In celebration of birthday boy Hugh Jackman’s big day, we’d like to congratulate him on being so ahead of the curve on Hollywood’s hottest new accessory: a hot older wife and a seriously enviable marriage. It turns out many more of our favorite celebrity couples actually feature an age gap in the less-oft-discussed direction, à la Demi and Ashton. Prince Harry and Meghan Markle, Ryan Gosling and Eva Mendes, and Gabrielle Union and Dwyane Wade are just a few examples of star pairings in which celebrities have married or are dating older women, and in this industry, that is certainly something worth celebrating.

No offense to Brad Pitt or Leonardo DiCaprio (or Dennis Quaid or Sean Penn, for that matter), but something simply does not sit right with me about the idea of dating the same-age person all your life as you get older. Time and time again, you’ll hear these couples say that the age difference doesn’t matter, and that age is just a number. But clearly, the age does matter to some celebrities — or their entire dating history wouldn’t be women under 30 years old.

Like it or not, stars like Portia de Rossi and Jason Momoa went against the Hollywood grain with their interest in older women. And for what it’s worth, these celebrities also happen to have some of the most rock-solid marriages and relationships in entertainment. Let’s take a look.