LAST MAY, THREE England-based craftspeople — the basket makers Mary Butcher and Annemarie O’Sullivan and the furniture maker and designer Gareth Neal — were sent by their London gallery, the New Craftsmen, for a weeklong residency in Orkney, a chain of about 70 small islands off the northern coast of Scotland. They explored Mainland, Orkney’s largest island, as well as North Ronaldsay, a three-and-a-half mile spit of land (population approximately 50) rich in farmland, marram grass, seaweed-eating sheep and Neolithic ruins. They also met with the Orcadian furniture maker Kevin Gauld and the sculptor Frances Pelly, both of whose work is deeply bound up with the islands’ history and landscape.

The New Craftsmen’s co-founder and creative director, Catherine Lock — who travels across Britain in search of potters, textile designers and other artisans to highlight at her Mayfair showroom — has long been inspired by Orkney’s culture, and commissioned the first piece she sold at the gallery, a collaboration between Gauld and Neal, on the archipelago seven years ago. Since then, the pair’s beautifully austere straw Brodgar chair has been a consistent best seller, with more demand than Gauld can answer.

[Sign up here for the T List newsletter, a weekly roundup of what T Magazine editors are noticing and coveting now.]

Before craft was called craft, when it was just the stuff people made from what was around in order to get by, objects were indivisible from their provenance. And in a place as remote as the Orkney Islands, that connection is still strong — but the link to the outside marketplace less so. Lock invited these three makers to “see how they might channel the spirit of this place through objects.” The goal of the project is the creation of new work — both collaborations and individual pieces — that express the spirit and traditions of Orkney, exposing it to a larger global audience while preserving and reinvigorating the distinctive skills found there.

One can understand a place by what its people make. Because trees are scarce here, Orcadians historically had to rely on driftwood and shipwrecks for timber; you can still find stone houses with roofs made of upturned old boats. The islands are flush with heather, peat, seaweed and sandstone, but locals have a special relationship with straw, which they have long used for everything from roofing and bedding to shelving, rainwear and furniture. Perhaps the most famous local product is the original Orkney chair: a winglike seat with a tall curved back, sometimes with a hood, made from coiled and woven straw and a frame of reclaimed timber. The shape provided warmth in winter and served as a wind block inside drafty houses. “I love that the most humble of materials, like straw, can become immensely precious and useful in the hands of someone who knows what they’re doing,” says Lock. But today, Gauld says, there are only a handful of businesses in the world dedicated to making these chairs. Nineteenth-century versions fetch between $2,500 and $5,000 on sites like 1stdibs.com. 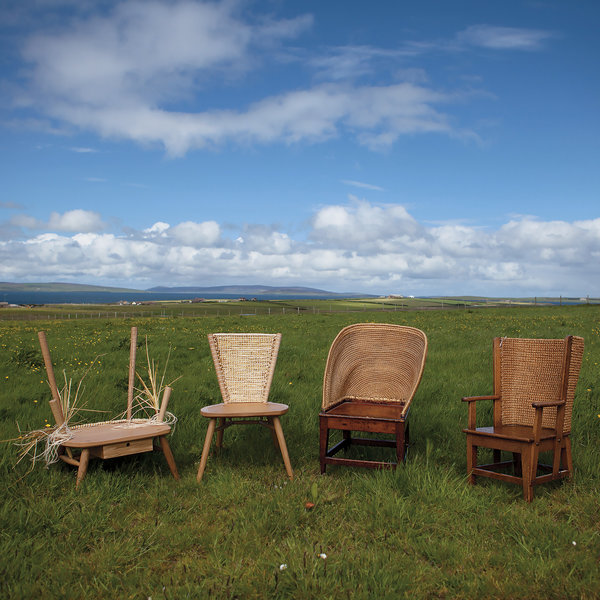 THE NEW CRAFTSMEN, which opened in 2012, has sought to create a bigger market for both the aesthetic of handmade crafts as well as the traditional skills behind them. Often passed from generation to generation, many of these ancient trades have been fading as the world shifts from the artisanal to the mass produced. But simultaneously, thanks in part to the gallery’s profile in London’s art and design scene, there is a growing group of young makers, often rural transplants, who have begun apprenticing with older masters and are bringing a modern design sensibility to centuries-old techniques.

Lock hopes the Orkney project might lead to regular straw-craft workshops on the islands and perhaps even the founding of a straw school in its largest town, Kirkwall, on Mainland, that would train a new generation of master craftspeople.

Work from the residency is on display in a show titled “Portrait of Place: Orkney” at the gallery through next month. For it, Gauld and Neal have made an oak-and-straw side table, dining chair and low lounge chair, all crafted with straw grown on Gauld’s land. Butcher has been working on a series of bags and vessels inspired by domestic baskets using straw, beach grass, field rushes and seaweed, and O’Sullivan created a large-scale straw light and a table influenced by a traditional technique used to make straw mattresses in Orkney. These will be displayed alongside objects from Orkney artisans, including Pelly, who lives and works in a wind-battered cottage on Mainland. The elemental sculptures she creates, composed of repurposed objects and materials including stone, wood, clay and willow, will carry the calm of her landscape’s heath and sea to Mayfair — and, perhaps, signal a new beginning. 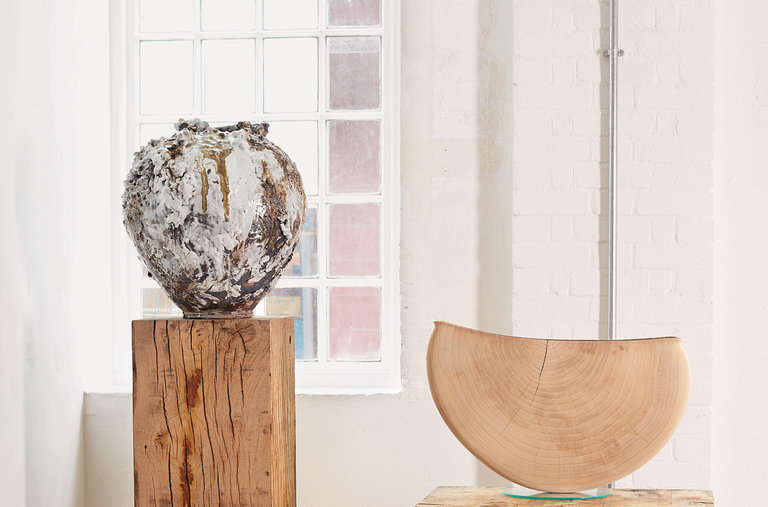 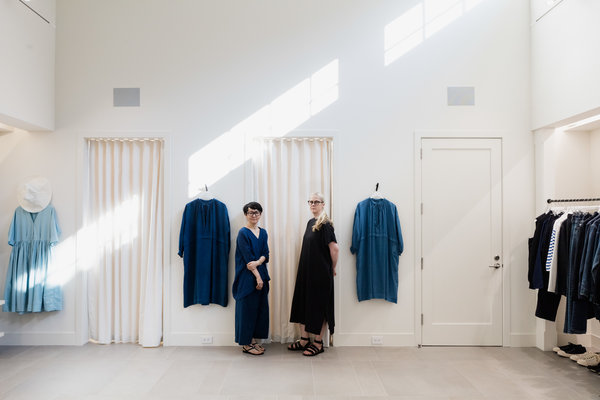 Deborah Needleman is a contributing editor for T Magazine.