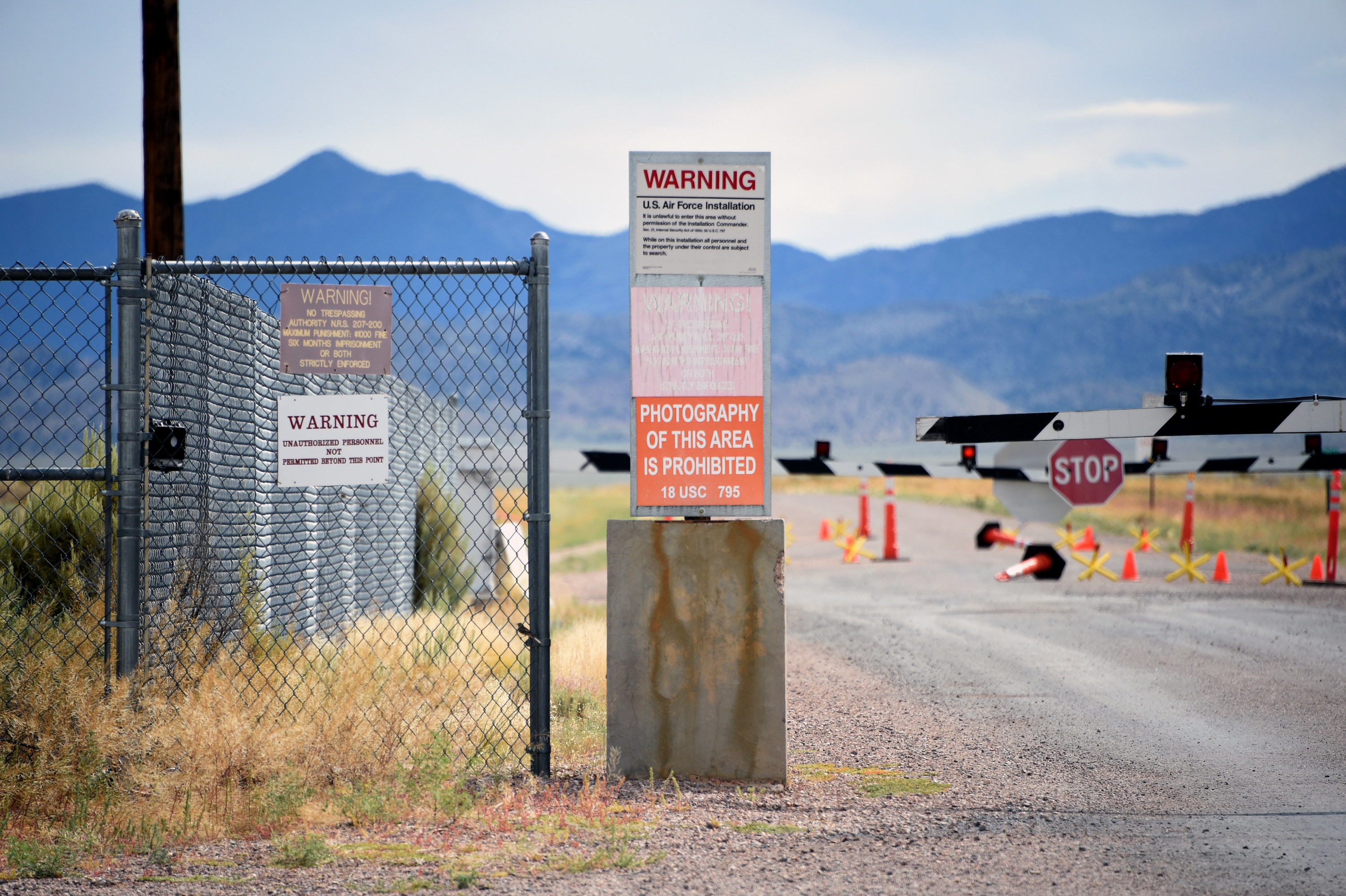 Looks like we’re not going to see them aliens after all.

A festival associated with the viral “Storm Area 51, They Can’t Stop All of Us” Facebook event has been canceled after organizers said they foresaw a “possible humanitarian disaster” akin to the infamous Fyre Festival.

Called Alienstock, the donation-based festival was billed as “an experience that celebrates aliens and the unknown” and promised “live music, arts, and camping under the stars” from Sept. 19–22. 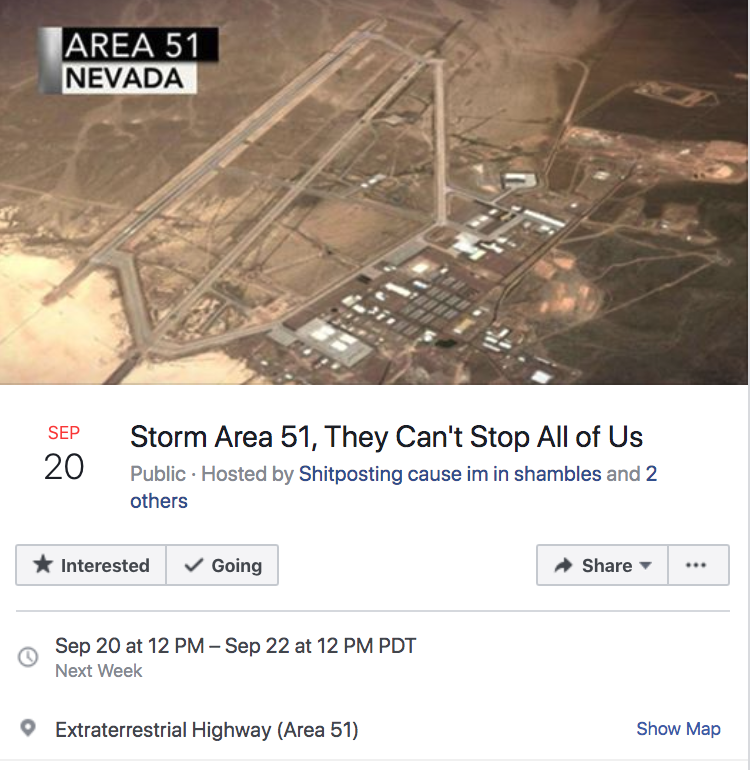 The original Facebook event was started as a joke, saying, “if we Naruto run, we can move faster than their bullets.”

But it quickly morphed into something enormous. Millions of people RSVP’d on Facebook, and it became one of the biggest memes of the year.

After it blew up to enormous proportions, the event’s creator, 21-year-old gamer Matty Roberts, decided to make it into an actual EDM festival in the Nevada desert.

On the official Alienstock website, organizers promised “amazing surprise performances” by headliners, “many of whom can’t be named due to festival radius clauses.. but we’ve been contacted by huge names wanting to play for the crowd!”

The event was to be set in Rachel, Nevada — population 54 — a desert town near Area 51 popular with alien-seeking tourists.

The town was not exactly psyched about Alienstock, to say the least. Leading up to the event, they warned potential visitors that Rachel has no store, no gas station, and pretty much nothing besides one motel/restaurant/bar thematically called the Little A’Le’Inn, which was booked solid for the festival. 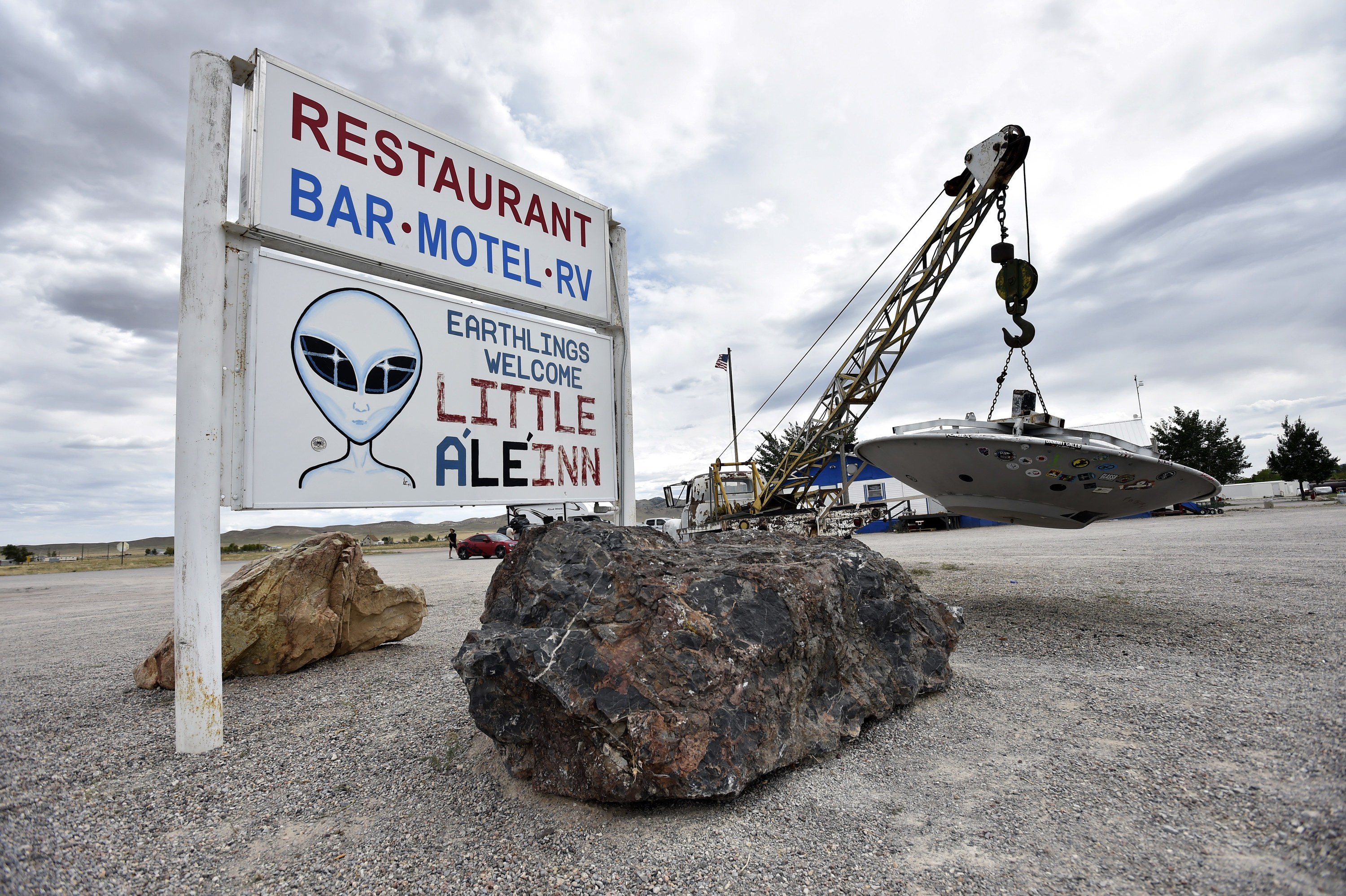 Even though most of the millions of RSVPs on Facebook were probably in jest, local officials still had to put in serious planning for thousands of people to flood into the tiny town.

“On the county level we’re prepared for two to three times the population of the entire county,” Lincoln County Commission Chair Varlin Higbee previously told BuzzFeed News. “10,000 to 30,000 people are showing up … Our gas stations will run out of gas, our grocery stores will run out of groceries.”

Following the event’s cancellation, the town’s website said it “just became Fyre Fest 2.0 as we had predicted.”

“With a week and a half to go no preparations have been made and no bands have been signed. If any event still happens it is going to be a pretty sad affair with no bands, very little infrastructure and a lot of unhappy campers,” the website states.

The town’s website also warns anyone still planning to show up not to trespass onto Area 51 and to “stay away from the residential part of Rachel.”

“Local land owners will step up to protect their property,” the site states.

The festival website is now encouraging would-be attendees to instead go to Las Vegas for a free “Area 51 Celebration” — sponsored by Bud Light — featuring “a classified lineup of music artists.”

Organizers blamed Little A’Le’Inn owner Connie West for Alienstock falling through, saying she was the permit owner for the event but was unable to provide “proof of deposits or any paper proof of anything.”

“Due to the lack of infrastructure, poor planning, risk management and blatant disregard for the safety of the expected 10,000+ AlienStock attendees, we decided to pull the plug on the festival,” the festival website states.

West and the event organizers could not be immediately reached for comment.

In August, Higbee told BuzzFeed News that permits had been issued to the organizers, and that he was holding them responsible for logistics and emergency management for the event.

Higbee warned potential attendees that they should not actually storm Area 51.

“People need to understand that — and I hope you write this in your article — it is a military installation, a base, and they will protect their perimeter,” Higbee said. “They don’t care who you are. They don’t care if you’re civilians.”