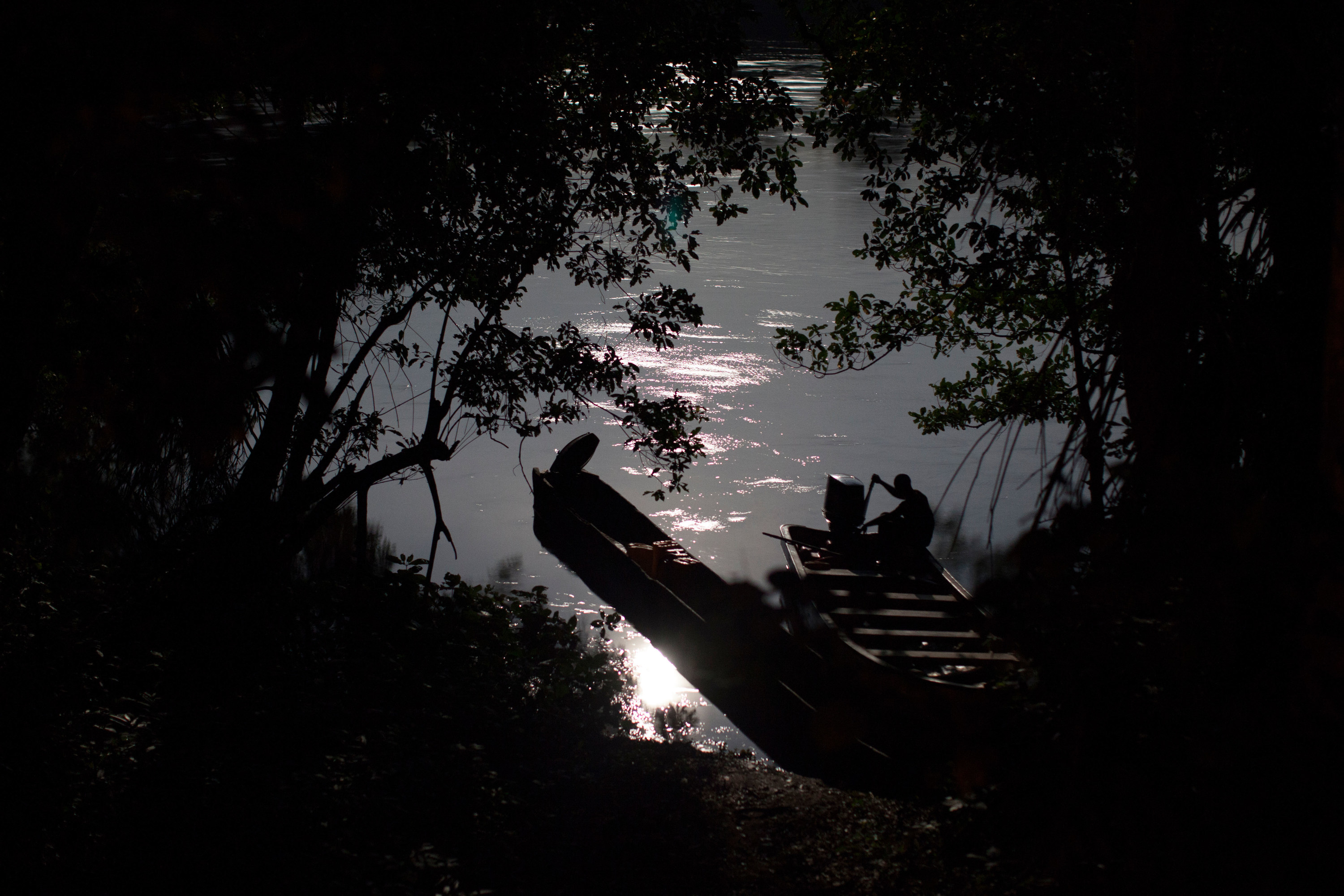 Rangers patrol a park in the Republic of the Congo looking for evidence of wildlife poaching.

This is Part 6 of a BuzzFeed News investigation.

Part 1: WWF Funds Guards Who Have Tortured And Killed People
Part 2: Leaked Report Shows WWF Was Warned Years Ago Of “Frightening” Abuses
Part 3: WWF Says Indigenous People Want This Park — But An Internal Report Reveals Fears Of Ranger “Repression.”
Part 4: WWF-Backed Guards Raped Pregnant Women And Tortured Villagers At A Wildlife Park Funded By The US Government
Part 5: WWF Is Investigating Two More Alleged Murders At A Park Where Rangers Are Accused Of Rape And Torture

American taxpayers have spent millions of dollars financing armed anti-poaching forces backed by the World Wide Fund for Nature in areas where guards have been accused of rape and murder, documents reveal.

In March, a BuzzFeed News investigation exposed how the beloved mega-charity with the cuddly panda logo — and famous patrons from Leonardo DiCaprio to Sir David Attenborough — has bankrolled paramilitary groups that have tortured and killed people living near wildlife parks in Africa and Asia.

WWF is a longtime partner of the US government, and the Department of the Interior has now pledged to take “decisive action” to ensure it is not funding atrocities through the charity or through other groups, according to a letter sent last week to the House Natural Resources Committee, which is also investigating the matter.

The Interior is reviewing $125 million spent on grants related to anti-poaching enforcement since 2013, and is withholding proposed grants earmarked for “similar purposes, activities, and geographic areas” as those outlined by BuzzFeed News. A department spokesperson declined to say how much was on hold, or to specify how much of the money under review was for WWF and how much was for other organizations.

Separate documents obtained by BuzzFeed News reveal that the US government has sent WWF around $157 million over the past 15 years for grants that included support for anti-poaching activities — of which $10 million went toward “armed guards, rangers and enforcement.”

Grant records show WWF planned to use the funding to pay for “special arrest teams,” “rigorous” anti-poaching ranger trainings, “patrol strategy,” “intelligence sharing,” and “informant networks.” WWF has also provided rangers with drones, helicopters, night vision goggles, and K-9 units, records show. Some of the funds went to parks where WWF knew guards were accused of brutal abuses against local villagers — not the international poaching kingpins the charity says are its target.

The documents raise questions about when and how the charity reported those allegations to the federal agencies funding its programs.

Neither WWF International nor its US branch provided those answers after repeated requests for comment. The charity said in a statement that it has “a long history of working with the U.S. government to support community-based natural resource management, conserve endangered species, and address the global wildlife trafficking crisis.” WWF’s projects are “designed to meet the requirements of our U.S. government donors and fully comply with federal laws,” the statement said.

An internal report commissioned by WWF in 2015 warned that guards in Cameroon were conducting “coercive” nighttime raids of villages, looting houses and beating their occupants, but that the perpetrators went unpunished even when there was “evidence and testimony from the victims.” WWF never made the report public; it was revealed earlier this year by BuzzFeed News.

WWF Cameroon has received millions from the Interior’s US Fish and Wildlife Service and US Agency for International Development since the report was delivered to WWF executives, the funding documents obtained by BuzzFeed News show. One multimillion-dollar grant earmarked more than $2 million for “armed guards, rangers and enforcement” in the Congo Basin, which includes Cameroon, from 2013 through 2018. 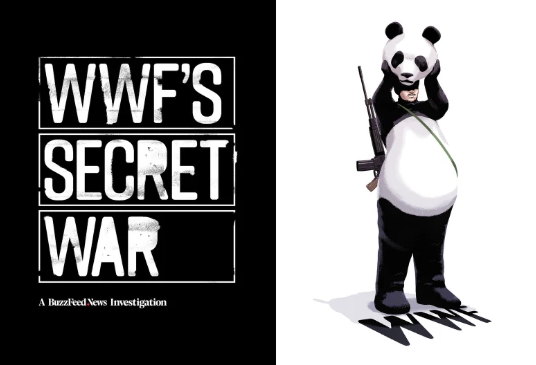 Taxpayer money has also gone to anti-poaching operations at another park in the Democratic Republic of Congo where WWF-commissioned investigators found “consistent and unambiguous” evidence guards had committed horrific violence. An internal report obtained by BuzzFeed News described how rangers at Salonga National Park — which WWF co-manages — had committed extrajudicial murder, tortured men by tying their penises with fishing lines, and raped pregnant women.

WWF began investigating the Salonga allegations in 2018. The US appears to have continued funding Salonga during that time, according to grant records. One USAID grant that put aside more than $1 million for armed guards and rangers from 2013 until 2019 specifically referenced improving law enforcement at the park. The grant explicitly prohibited funds from going to military or paramilitary groups, citing US law — yet guards at Salonga fall under the jurisdiction of military courts. WWF did not respond to questions about how that arrangement worked.

The Interior declined to comment on whether WWF had ever reported any abuse allegations. A USAID spokesperson said the agency learned about the Salonga allegations in May 2018 and “immediately” addressed them with WWF, but did not provide any further detail. Additionally, the charity notified the agency about abuse allegations at a different Congolese reserve in 2017, he said, after which USAID also took “immediate action.” USAID provides funding through its partners “for training and non-lethal equipment,” the spokesperson said, but not does not “directly support armed guards or law enforcement through support such as salaries.”

Rangers often risk their lives in the fight to combat poaching, a billion-dollar industry that threatens some species’ very existence. But in its letter to Congress, the Interior said it was concerned about WWF’s ability to hold its partners on the ground accountable.

The agency listed evidence that WWF has provided detailed instructions for finding and cultivating informants, which would “be in direct contradiction to the terms of the grant awards and federal law.” BuzzFeed News reported in March that WWF had organized, financed, and ran dangerous and secretive networks of informants, including within indigenous communities, to provide park officials with intelligence — all while publicly denying working with informants.

It also noted that officials currently rely on an auditor hired and managed by WWF to assess any direct financial support of alleged human rights violations, which “could involve a conflict of interest.”

The agency said it had asked its internal watchdog to examine its grants in order to balance its two goals of preventing wildlife trafficking and “maintaining the human dignity of all people.”

“The need for a deeper review extends beyond a single organization, type of activity, or individual country,” the letter said.

It is unclear exactly how much in proposed grants the Interior is withholding. Last week’s letter said $22.5 million was on hold, but a spokesperson told BuzzFeed News on Monday that since then the department had reinstated “a few” of those grants where “we feel confident the proper controls are in place.”

House Natural Resource Committee leaders pledged to continue digging into the issue, but tensions between Republicans and Democrats have surfaced over whether the Interior is handling the situation appropriately.

“It’s hard to know whether Interior’s response is the right approach, because Interior won’t explain which grants are being put on hold or what the rationale is for this move,” the committee’s Democratic leader, Raúl Grijalva, said in a statement. “We clearly need a better sense of how and why some funds were misused, which is why this Committee pushed for an investigation in the first place.”

In a separate statement, Rob Bishop, the committee’s ranking Republican, thanked the agency for its “thorough response” to its questions and for recognizing “that it is wholly unacceptable to have U.S. taxpayers inadvertently support human rights violations.”

Activities involving armed guards account for 3% of the total funding WWF has received from the US government since 2004. The rest of the money goes to a wide range of programs, such as research on endangered species and community-led agriculture projects.

But WWF’s byzantine structure makes it difficult to track the money that does go to anti-poaching enforcement: Its US branch is one of 34 independently operated national organizations, which can forward money they receive on to other national and regional WWF offices.

But such a move can’t be made in isolation, Counsell said — it must be accompanied by demobilization programs and alternative anti-poaching initiatives that focus on international criminal gangs instead of impoverished locals.

“If local people are accorded stronger rights to their land and environment in and around protected areas, they can be the strongest allies in protecting against poaching,” Counsell said.

The bipartisan House inquiry is part of a wave of international probes following BuzzFeed News’ investigation. The UK’s Charity Commission has also launched an investigation, and WWF’s German branch completed its own internal inquiry, which found that the charity must overhaul its human rights policies. Germany froze some funding to WWF for Salonga over the summer pending further inquiries.

WWF is also conducting its own investigation, and in April it appointed Navi Pillay, the former United Nations high commissioner for human rights, to chair that inquiry. WWF’s president, Pavan Sukhdev, has promised to take “swift and appropriate action” to address any “shortcomings uncovered by the review.”