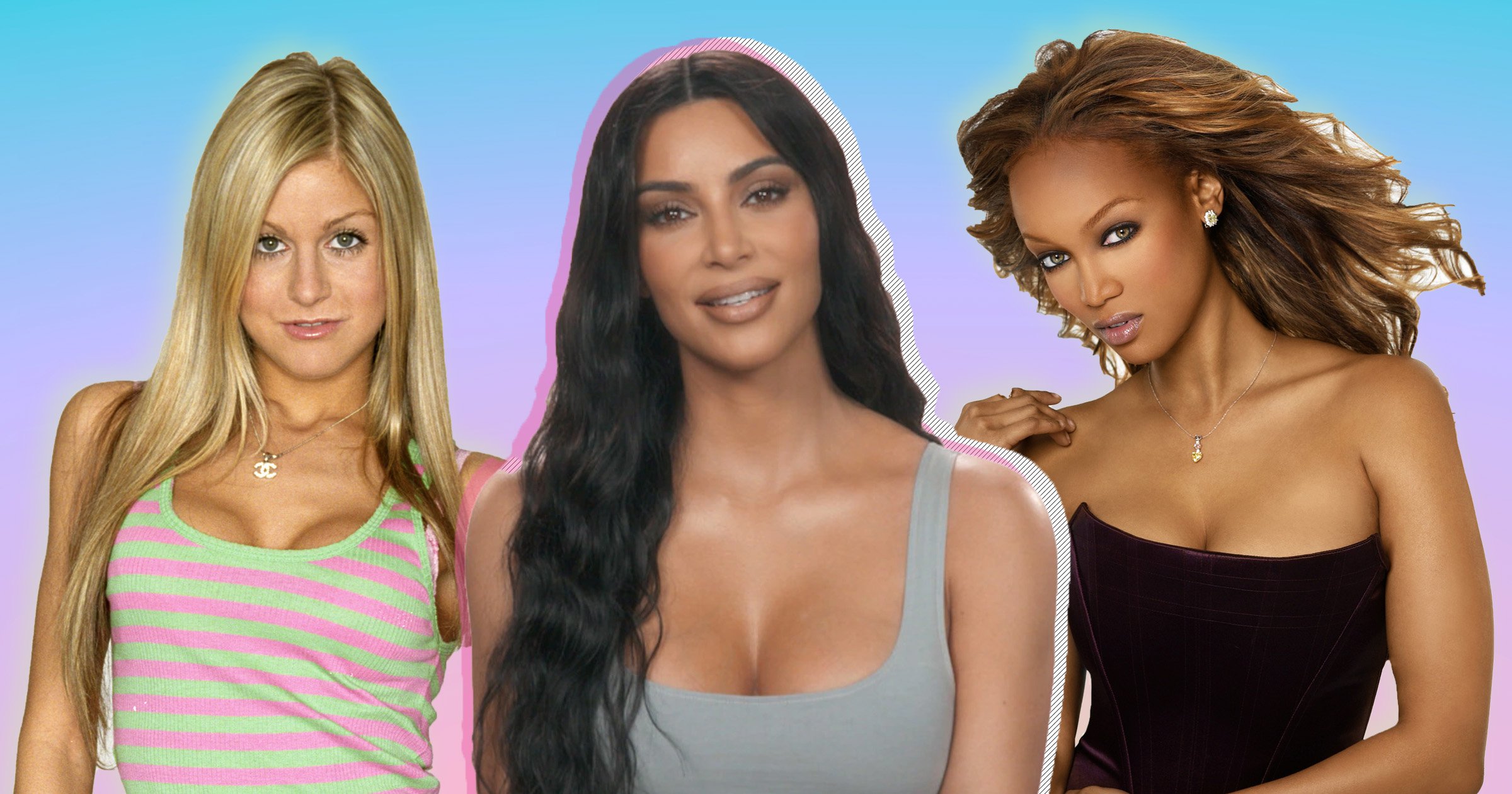 For as long as reality TV has existed, its stars have been behaving badly, throwing all manners of strops and temper tantrums.

The most recent celeb to reportedly lose his rag is Boy George, who is thought to have ‘threatened to quit’ I’m A Celebrity after being denied a golf buggy to travel in following a Bushtucker trial.

But the Culture Club singer is far from the first famous face to have thrown a paddy while being filmed for a juggernaut series, with the likes of Come Dine With Me and The X Factor also showcasing some very bad behaviour.

Meanwhile, A-listers including Kim Kardashian and Tyra Banks have also been responsible for being behind some hilarious breakdowns, spinning off withering one-liners that are still repeated by reality fans years later.

Here are the seven worst strops of all time on reality TV.

Kim Kardashian on Keeping Up With The Kardashians

‘Oh my god, my earring has gone,’ wailed Kim Kardashian in the crystal blue waters of the Bora Bora sea.

The Skims founder had been holidaying with the fam, and her then-boyfriend Kris Humphries, when she freaks out after losing a $75,000 (£63,000) diamond stud on the ocean floor.

‘Oh my god, I’m gonna cry. Seriously,’ the billionaire screeched as she stays true to her word and burst into tears, while Kris looks on somewhat bemused over the outburst.

As momager Kris Jenner comforted her second eldest daughter, Kourtney Kardashian asked what the commotion is about before retorting the now immortal line: ‘Kim, there’s people that are dying.

Luckily for Kim, young sister Kylie Jenner dived to the seafloor and miraculously scooped up the missing jewel, explaining: ‘It was pretty deep, but there [weren’t] a lot of waves and Kim kind of, like, threw a tantrum immediately when she found out that she lost it and I was like, “No. This is fine!”

‘I went under there and it was saltwater so it kind of hurt to open my eyes, but I just opened my eyes and looked around and I saw something shining. Swam all the way down there — it was, like, 10 feet — picked it up, and it was the shining diamond! I literally found it in two minutes.’

The late Nikki Grahame, who died in April after a life-long battle with anorexia, was truly an icon of our screens and responsible for one of the best catchphrases to come out of reality TV.

While sat in the Big Brother diary room, Grahame fumed about fellow housemate Susie Verrico, who had nominated her and Grace-Adams-Short for eviction.

Storming into the diary room, Graham raged while flinging her arms about: ‘I’m feeling very venomous and angry.

After demanding Big Brother lets her go, she then slumps back into the golden chair and delivers her brilliant line: ‘Who is she?’ before adding for dramatic effect: ‘I can feel the venom pouring out of me as I breathe.’

Peter on Come Dine With Me

Peter’s rant on Come Dine With Me, after losing out on the cash prize, has got to be the most epic ever witnessed on a light entertainment show.

The home chef became rather disgruntled when he was tasked with reading out who had won the £1,000 prize out of him and his competitors Charlotte, Jane and Adam.

It’s safe to say Peter did not take it well at all when he discovered he had landed in last place, with Jane being crowned the winner.

The sore loser, who was staring daggers at his dining companions, fumed: ‘You won Jane.’

‘Enjoy the money, I hope it makes you very happy. Dear lord, what a sad little life Jane,’ Peter seethed.

‘You ruined my night completely so you could have the money, but I hope now you spend it on getting some lessons in grace and decorum.

‘Because you have all the grace of a reversing dump truck without any tyres on.’

Tyra Banks had a full-on meltdown over wannabe model Tiffany Richardson on America’s Next Top Model, who she felt was disconnected from the competition series.

The episode, which saw Tyra launch into a full-scale rant, was even named ‘The Girl Who Pushes Tyra Over the Edge.’

When it was announced Tiffany was going to be booted off from the programme, along with fellow contestant Rebecca Epley, Tyra could not contain her frustration.

‘Be quiet, Tiffany. Be quiet! What is wrong with you? STOP IT.

‘I have never in my life yelled at a girl like this. When my mother yells like this it’s because she loves me. I was rooting for you, we were all rooting for you! How dare you!’

Ablisa on The X Factor

Abby and Lisa, otherwise known as Ablisa, were an aspiring pop duo hoping to storm the pop world on The X Factor in 2010.

The pair, who were then teenagers, may not have made their mark in the way they hoped in the music world, but their car-crash audition was one of the best in the ITV show’s history.

The performance didn’t get off to a good start with Simon Cowell asking why they wanted to go on the show to which Lisa responded: ‘I don’t know,’ before scolding the audience for ‘laughing’ at her.

The crowd then started booing prompting the best friends to shout: ‘SHUT UP!’ which, as you can imagine, did not go down well – for either party.

Shoving her mic into Lisa, Abby stormed off the stage with her pal following swiftly behind her before returning to perform in front of judges Simon, Louis Walsh, Cheryl Cole and Natalie Imbruglia.

Simon remarked: ‘Ok so we’ve had our first tantrum. Have you everything worked out now?’

Lisa burst into an off-key rendition of Shane Ward’s That My Goal, while Abby confessed she didn’t know the words as the panel winced.

Angry, the pair told the judges: ‘At the end of the day we don’t care what you say, yeah?’ with Simon commenting: ‘You’ve got the worst attitude of any contestant I’ve ever met on any of these shows.’

Natalie gave her verdict: ‘Your singing wasn’t great girls’ with Lisa firing back: ‘Who are you?’

Abby then takes a heavy swipe at Lisa, with the heavy mic still in hand, as they huff off the stage for the second time in as many minutes.

One thing is crystal clear: RuPaul is NOT a fan of the high street, ripping into Brighton-based Queen Joe Black for confessing he had shopped at H&M in an episode of Drag Race UK.

After a Eurovision challenge, which saw the contestants split into two girl groups for their take on cheesy pop track, UK Hun, RuPaul gave a very savage verdict on Joe’s attire.

Raging, RuPaul ranted: ‘That outfit, off the rack, was a huge disappointment to me. That’s what everyday people do, and you should know that because you are a star. This goes to all of you up here.

‘If it is from H&M you better glitter the f**k out of it and make it something special. We’re looking for Great Britain’s Next Superstar. Don’t waste my time.

Better stick to couture for next time, Joe.

Gemma Collins on I’m A Celebrity

Poor Gemma. The former TOWIE star hadn’t even reached the I’m A Celebrity jungle when she started having an absolute meltdown.

Quite hilariously, before bursting into tears as she got on a helicopter, the reality star had assured viewers they were ‘going to see the real stripped back real me’.

‘I might just become Bear Grylls, you never know, it’s so scary and now I am really questioning why I did this, I feel sick with nerves, physically sick,’ she continued.

The tears started to flow and the mascara started to run as the chopper began accelerating, and it wasn’t long before Gem’s arms were waving and she was demanding to get out.

‘Can you stop a minute please, I’m serious just stop, I need to get out, seriously I’m going to be sick, I can’t do it, no way,’ she pleaded.

Once out of the helicopter, Gemma explained: ‘I got into the chopper and suddenly felt very scared but thought I can’t show anyone I’m scared, but I cried like a baby and I don’t think I’m going to be able to do this jungle lark.’