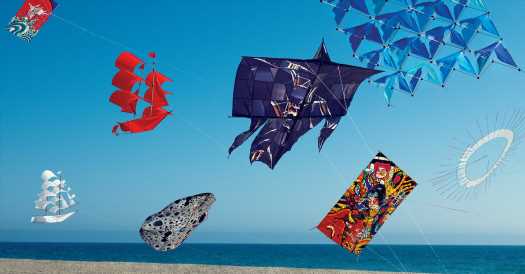 ONE NIGHT AROUND two millenniums ago, a Han dynasty general sent a square-shaped assemblage of bamboo and cloth into the air above Chu enemy territory at Weiyang Palace in central China; he was trying to measure how much ground his men would need to tunnel through in order to breach their adversaries’ defense line. It is one of the most famous early stories of kite flying. Similar devices were later used by other Chinese armies, who launched them after dark in whipping winds, hoping the noise would scare off their foes, or delivered threats via missives tied to their tails. In 1232, according to the Sinologist Joseph Needham, Chinese military kites dropped pages of propaganda into the compound of a Mongolian prisoner-of-war camp, inciting first a riot and then a mass escape.

Today, of course, these delicate aircraft — built from light wood or wire frames shaped to create lift, covered in a thin material such as paper or silk and piloted via long strings — are considered toys, not tools of military warfare. And yet they have captivated adults and children alike for centuries, serving a range of practical and spiritual functions in cultures around the world. In Singapore and Borneo, Malay fishermen have long trailed lures from kites attached to the sterns of their boats. In Japan, washi-paper versions, often depicting scenes from legends and fairy tales, have been flown for good luck since the Edo period. On Good Friday in Bermuda, people gather on the country’s beaches to watch enormous, multicolored pinwheel-like kites billow through the clouds in homage to Christ’s ascension. And in parts of Bali, villagers construct cotton kites up to 13 feet tall — shaped like leaves, birds or fish — that are flown in competitions during the dry season to show gratitude for a successful harvest. 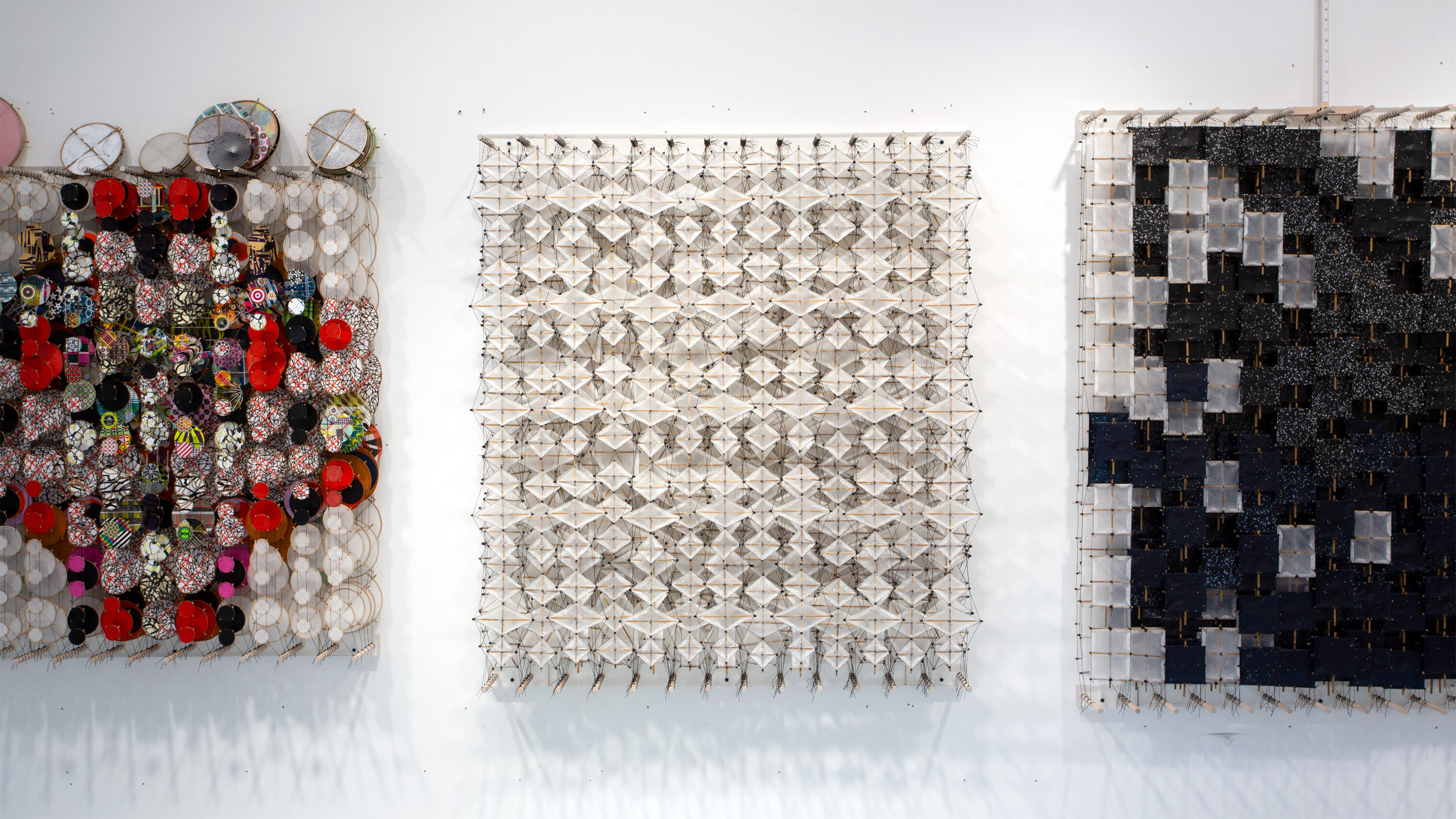 Despite their ubiquity, though, kites have rarely been the subject of serious study. Even their origin story has seemed uncertain since the 1997 discovery of a prehistoric Indonesian cave painting of what appears to be a floating rhomboid. It seems likely, though, that kites originated in China or Southeast Asia and were brought by merchants, missionaries and soldiers into Korea and Japan and, later, Myanmar and India, where they can be seen in Mughal miniature paintings from the turn of the 17th century. Less clear is how they arrived in the West — some sources suggest Marco Polo, who traveled through Asia along the Silk Road in the late 13th century, observed Chinese sailors using wind-carried devices to gauge incoming weather patterns and brought an assortment back to Europe with him — but tailless kites, modeled on medieval pennon-shaped military banners, appear in English and Dutch drawings from the early 1600s. During the following century, flying kites — often ones made in arched or pear shapes and crafted from silk with ornamental tails — became a popular pastime for children in Europe. From there, the kite traveled to North America, where it informed two of the defining advancements of the modern age. In 1752, Benjamin Franklin famously attempted to harness electricity by sending a kite hooked to a thin metal wire — an ill-fashioned lightning rod — into a thunderstorm. Starting in 1899, the Wright brothers’ exhaustive trials with gliders and man-lifting kites helped pave the way for the realization of the first powered airplane in 1903. “They were obsessive kite fliers,” says the Seattle-based kite historian and maker Scott Skinner, 68. “And yet no museums have their kites. Once they invented the airplane, that’s what became important.”

INDEED, VERY FEW major cultural institutions have deemed kites worthy of inquiry or preservation. But in the ’90s and early aughts, kite flying experienced a boom in the American West and parts of Europe, due in part to the popularization of kite surfing, and groups of kiters — who gathered at word-of-mouth meet-ups in windswept places like Maui, Seattle and the French Atlantic coast — began to take interest in its lore. It was in this period that, in 1995, Skinner founded the Drachen Foundation, a nonprofit organization based in Seattle that sought to reframe kites as historical art objects through residency programs for young makers and educational workshops. “The idea was to raise kites above the toy level,” Skinner says, adding that he chose the name Drachen, the German word for “kite,” because he “wanted something with gravitas, so people would feel compelled to ask about the work and take us seriously.” Skinner, whose intricate, large-scale patchwork creations marry Japanese kite-making motifs with the longstanding tradition of American quilting and often take the form of birds or fish, is part of a generation of established craftspeople — which also includes the 71-year-old master Japanese kite maker Mikio Toki, known for his fantastical Edo-style hand-painted designs, and the Chinese American kite artist and Disney animator Tyrus Wong, who died in 2016 and was renowned for his 100-foot-long centipede-shaped kites — who have inspired a wave of younger artists to pioneer new forms. 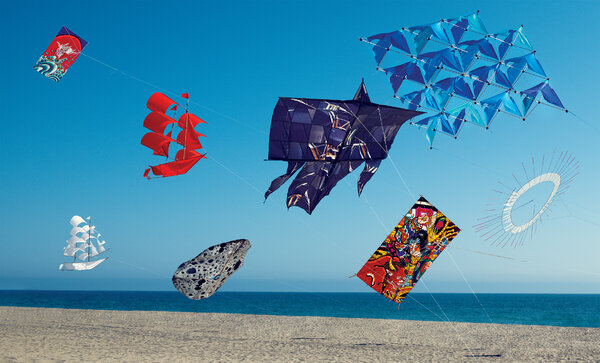 In Kärnten, Austria, Anna Rubin, 48, conjures surreal bamboo-and-paper creations that are designed, she says, to resemble “things that shouldn’t be flown on a kite,” including pockmarked coal-black meteors, striped hammocks and jute carpets, whose frayed edges make them look like soaring sunbursts of grass. Rubin produces three or four of these special kites, in addition to over a hundred smaller designs that she sells and uses for art installations, each year, often employing ancient Japanese methods, including hand-splitting the bamboo for her frames and using hand-pressed natural fibers to cover them. She wants to carry on traditions that she fears will otherwise be lost by a culture fixated on the future, but she’s equally inspired by the sheer joy of the work. “Everyone should, once in their life, make a kite and fly it,” she says.

In Brooklyn, Emily Fischer, 41, the founder of the design studio Haptic Lab, collaborates with Balinese artisans to craft whimsical airborne objects made from colored ripstop nylon and bamboo that she describes as Trojan horses: Fashioned after everything from ghost ships to broad-winged cranes, her kites comment on issues such as gender inequality and the climate crisis. The Flying Martha, for example, is a windup flying bird, or ornithopter, that can also be used as a kite and was designed to match the exact dimensions of the passenger pigeon, a once endemic species in North America that was hunted to extinction by 1914.

And in Ossining, N.Y., the Colorado-born visual artist Jacob Hashimoto, 48, makes massive installations from dozens of hand-assembled, palm-size kites; the finished works, which hang from the ceiling of his studio or gallery, resemble three-dimensional paintings. He inherited his interest in kite making from his father, whose own father taught him the techniques he’d learned as a boy in Japan, and today the artist draws inspiration from a range of different traditions, but especially from the history of the circular kite, which likely originated in Weifang, China. For Hashimoto, who is one of the few kite artists to have broken into the mainstream art world, practicing this craft is a way to honor his heritage and cross-cultural upbringing. To look at his works, such as “The Eclipse” (2017), which comprises roughly 16,000 black-and-white disk-like kites that form a swooping cloud evoking the texture of a bird’s wing, is to feel momentarily surrounded by a flock of fluttering creatures or swept up by some collective, greater upward motion. “That kite making is one of the most pan-cultural practices out there makes it a beautiful, democratic thing,” Hashimoto says. “In many ways, it’s a global property — we all own the relationship between us and the sky. I think, in some sense, it’s only a matter of time before more people start tapping into that.” His work is a reminder that, especially after a period when so many people were forced to stay rooted in place, kites offer us a means to defy gravity. In the hands of a willing flier, they give us a way up — and out.