Biennial charity watch auction, Only Watch, is back for 2021 and bigger than ever, with 54 watch brands donating “unique pieces” to go under the hammer in Geneva in November.

This year sees the 9th edition of the charity auction, which sells off unique watches, created specifically for the auction by participating brands.

The charity was set up to fund research into Duchenne muscular dystrophy by the former managing director of the Monaco Yacht Show, Luc Pettavino, whose late son suffered from the disease.

Starting with just a handful of brands, the auction has gone on to become one of the biggest events in the watch industry, raising $83 million USD for research and even prompting the creation of the most expensive watch ever sold, a unique Patek Philippe mega complication. 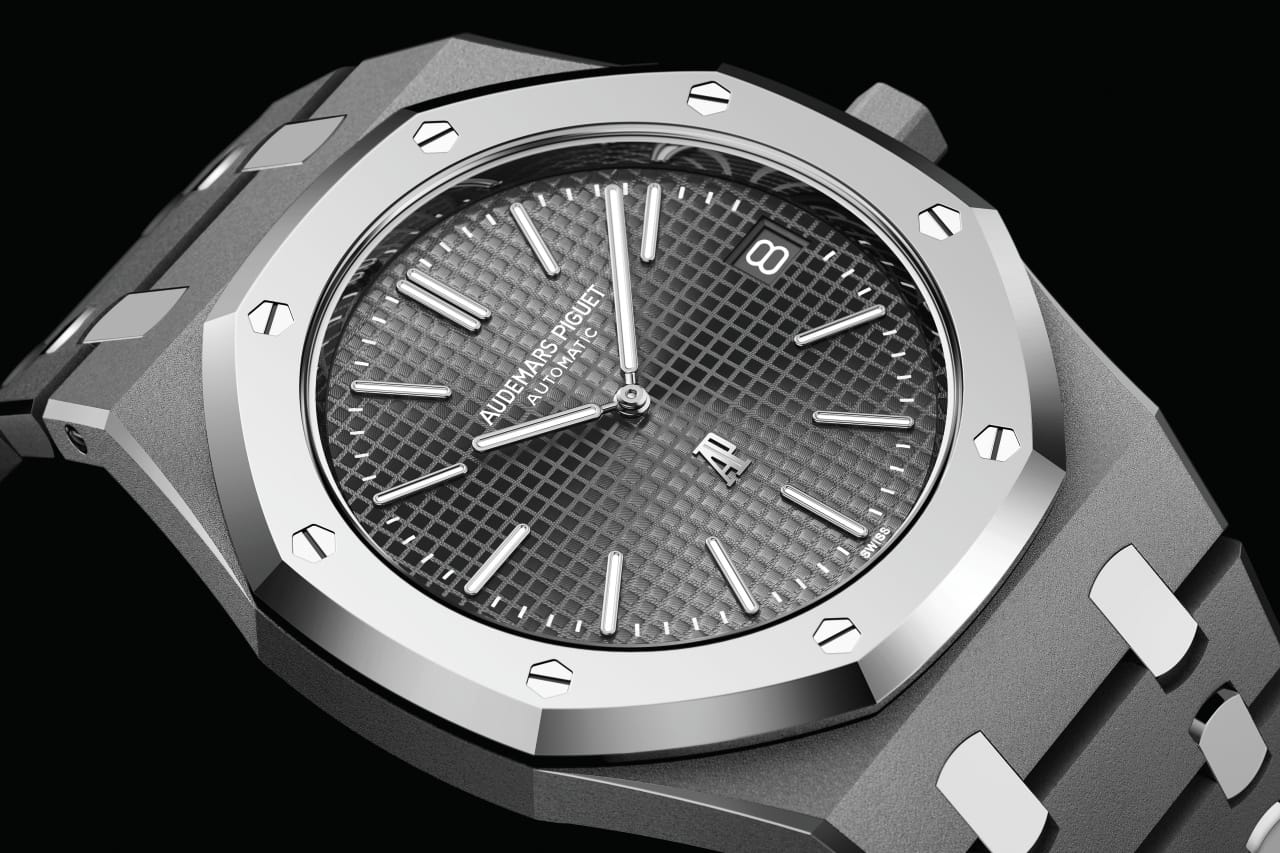 This Audemars Piguet Royal Oak Jumbo Extra Thin in sandblasted titanium and polished Bulk Metallic Glass has the potential to be one of, if not the, star lot, after all who doesn’t want one of the most sought after sports watches in the world in a completely new combination of materials. Not exactly stealth wealth, but less conspicuous than some here. Est CHF 160,000 – 320,000 ($173,000 – $345,000 USD). 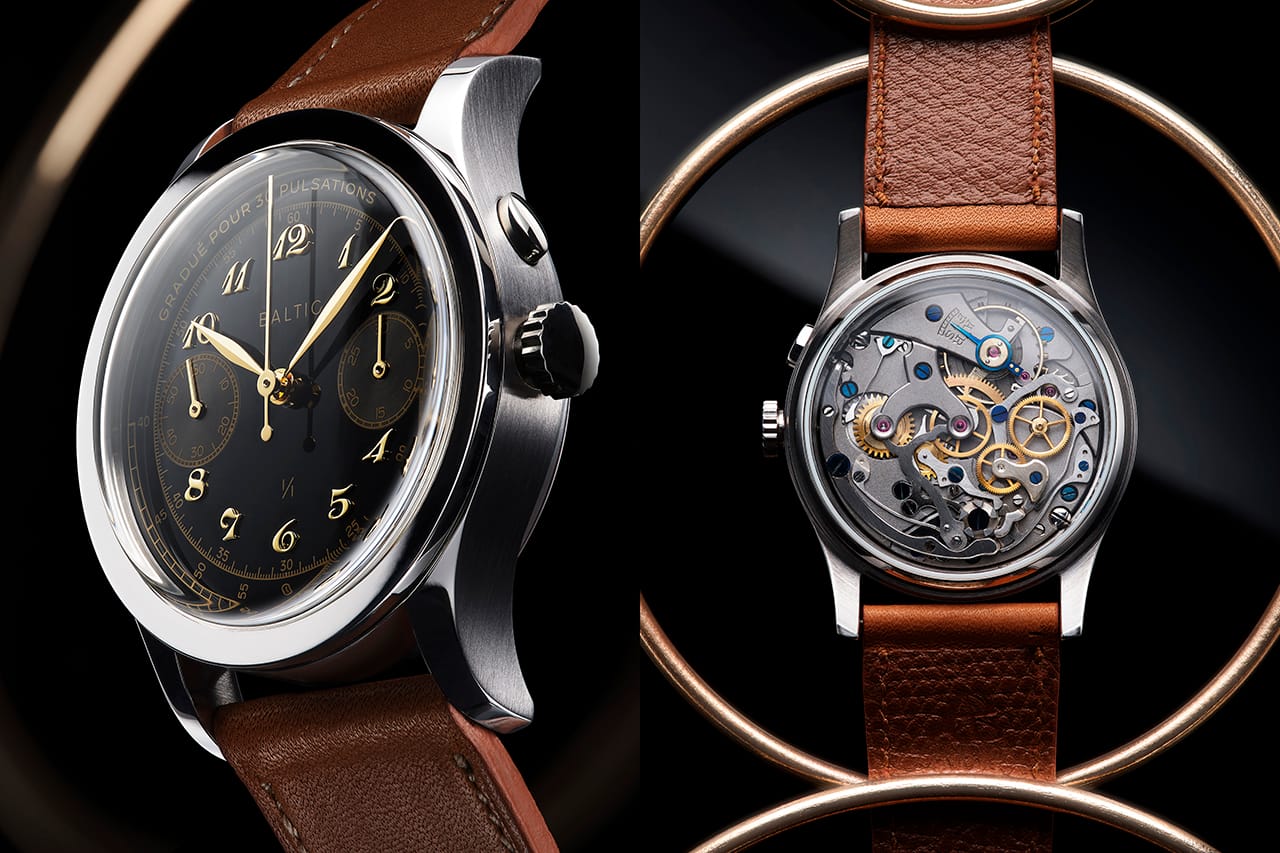 A rare example of a microbrand stepping up, Baltic has created something special for Only Watch, using a refinished 1940s Venus Monopusher chronograph movement inside a unique prototype case with a pulsometer scale and applied Breguet numerals on the dial. Est CHF 12,000 – 18,000 ($12,960 – $19,440 USD). 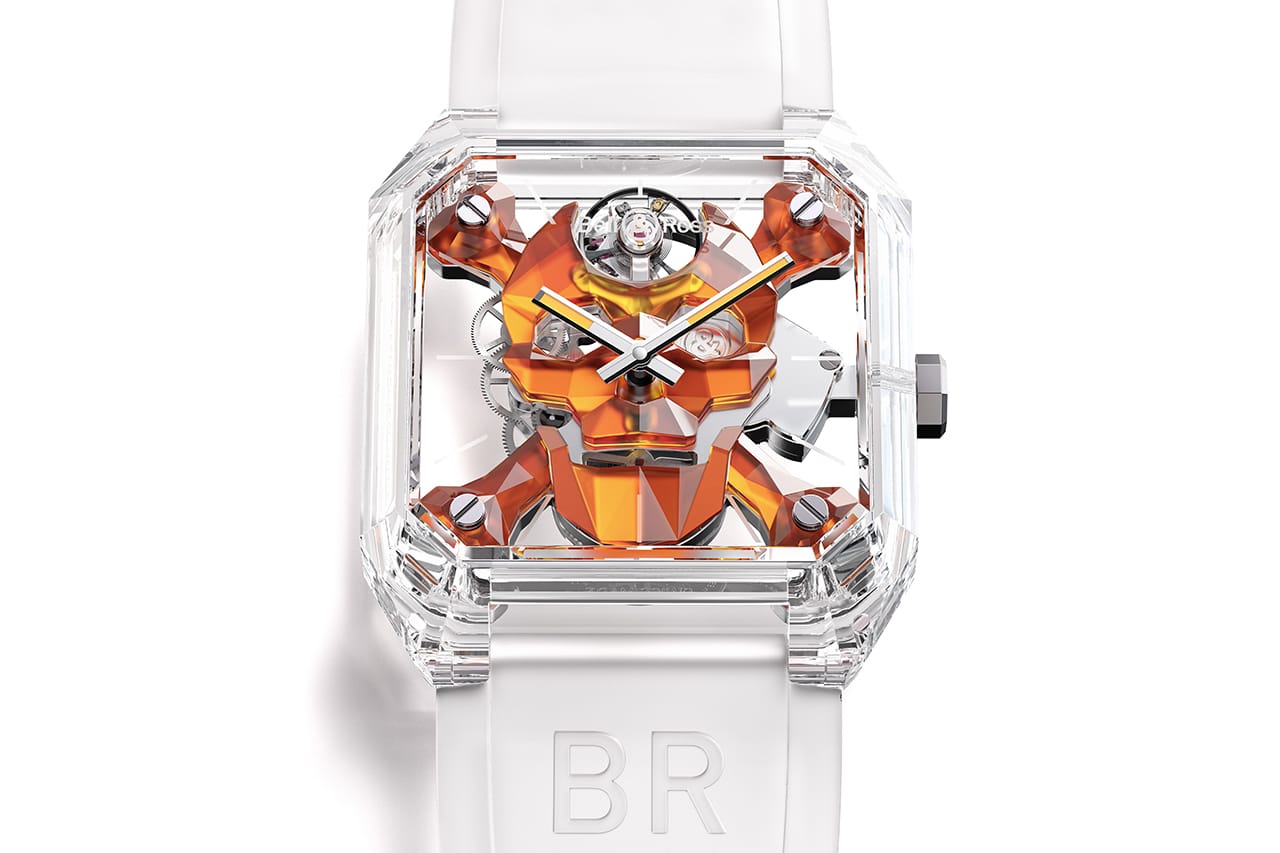 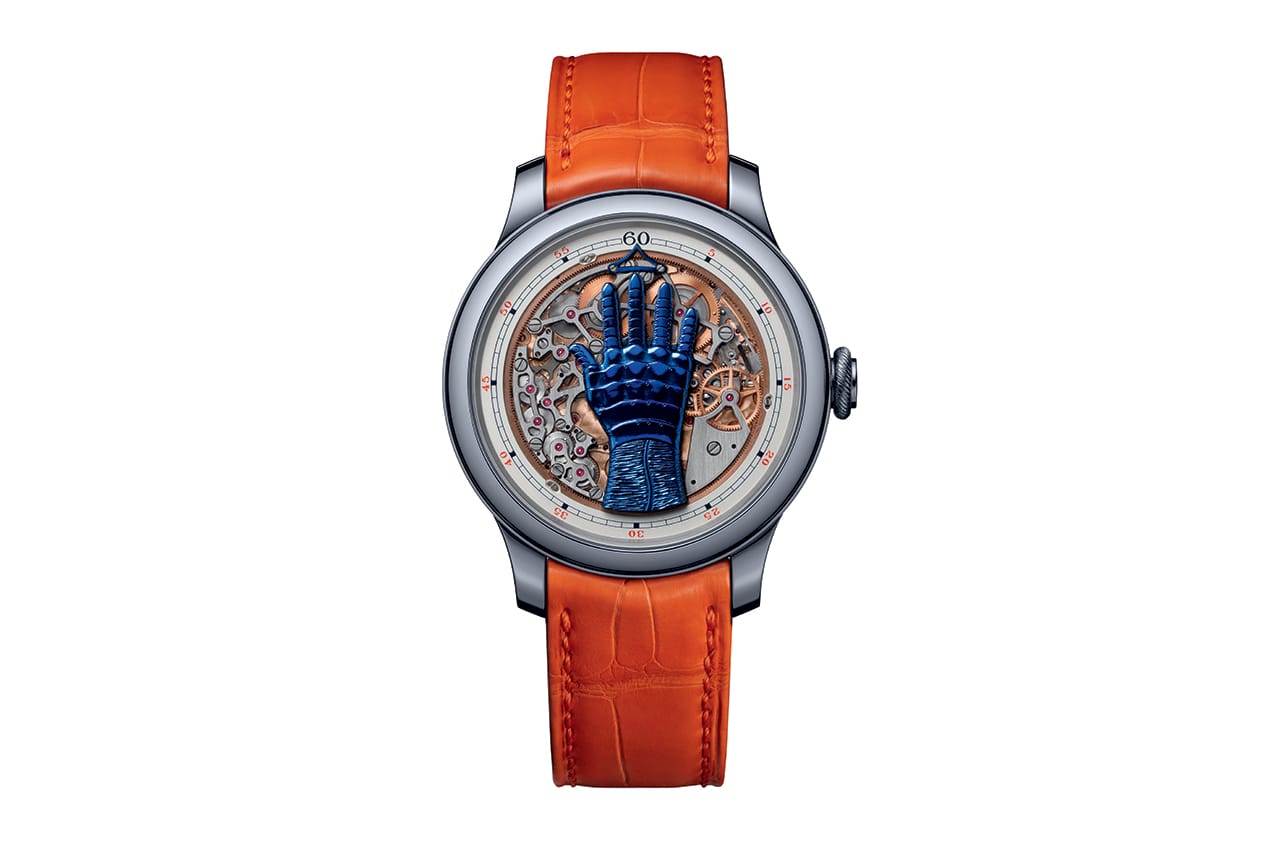 When he’s not making films or Napa Valley wines, Francis Ford Coppola is apparently inspiring F.P. Journe to make incredibly complex automaton watches. This one was conceived over dinner at Coppola’s in 2012 when he asked if time could be indicated using the outline of a human hand. Here the fingers of the blue gauntlet at the centre of the dial move, essentially making gang signs, each of which represents an hour. Est CHF 300,000 – 400,000 ($324,000 – $432,000 USD). 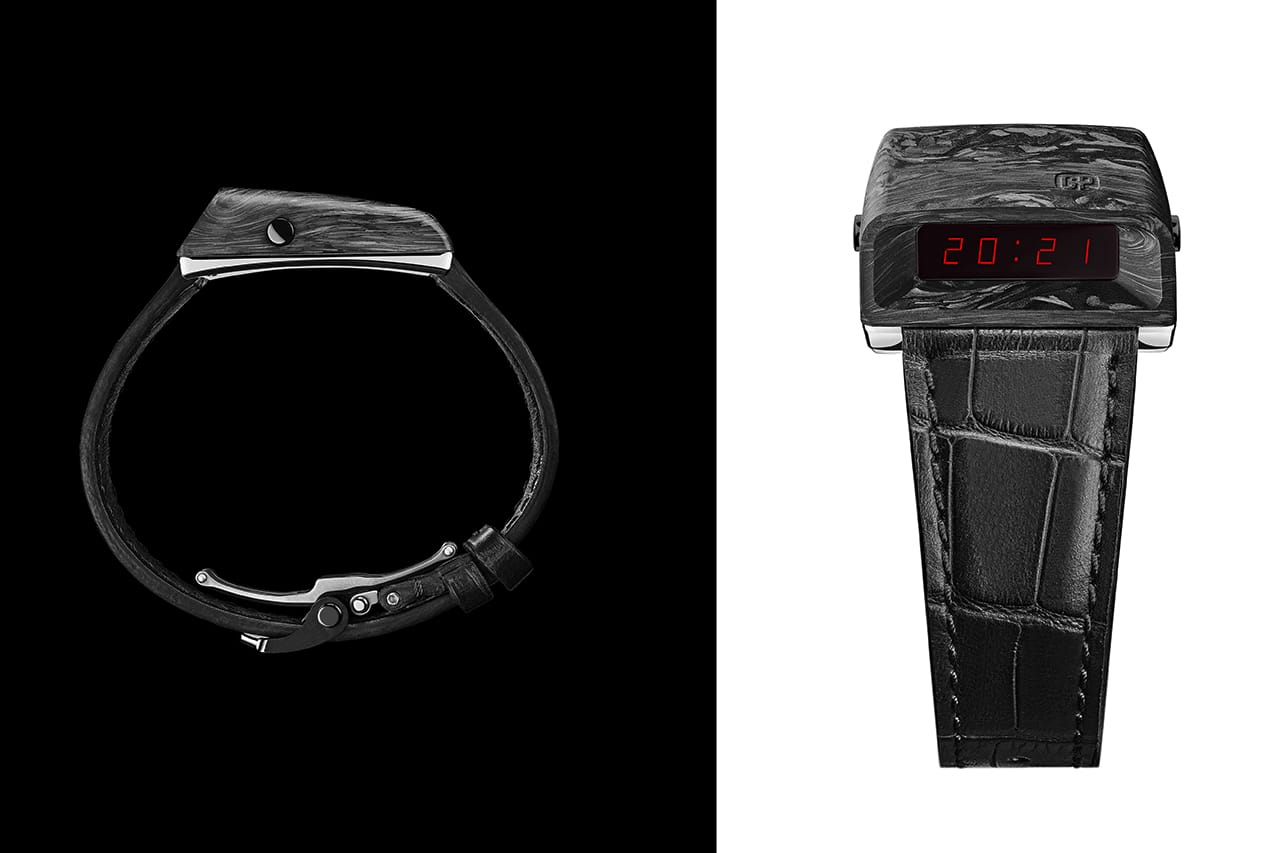 Girard-Perregaux and Bamford Watch Department has revived the brand’s 1970s icon, the Casquette, for Only Watch with a case of forged carbon and titanium and a digital movement with tubular LED display. Likely to be one of the more affordable pieces of the auction, but also one of the most compelling. This needs to rejoin the collection. Est CHF  10,000 – 20,000 ($10,800 – $21,600 USD). 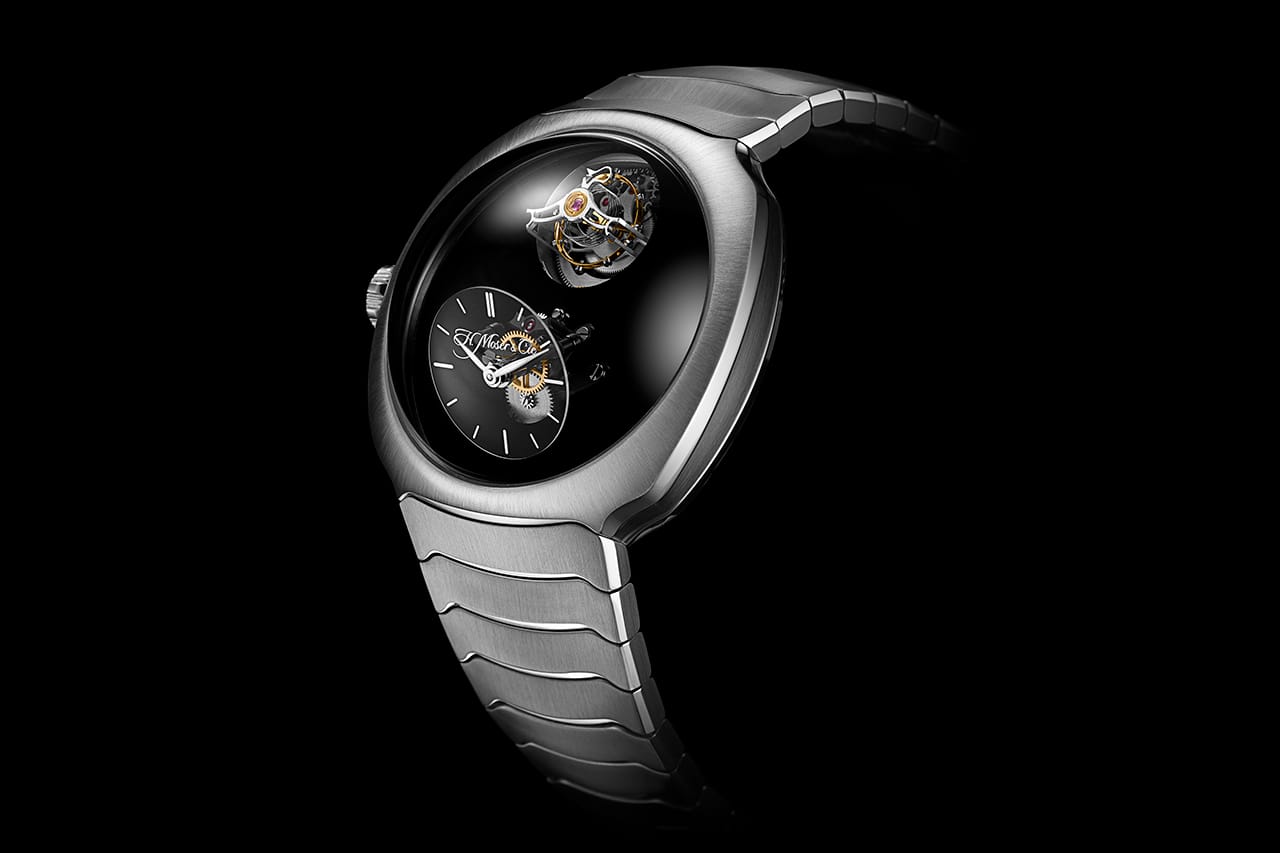 There’s a lot going on here. Moser’s entry brings together not only a spherical tourbillon and Vantablack dial but the angled ”picture frame” dial configuration looks to have been borrowed from the brand’s recent collaboration with MB&F. On top of all that, you also have the Streamliner’s wonderfully ergonomic and finely finished steel bracelet. Est CHF 60,000 – 80,000 ($64,800 – $86,400 USD). 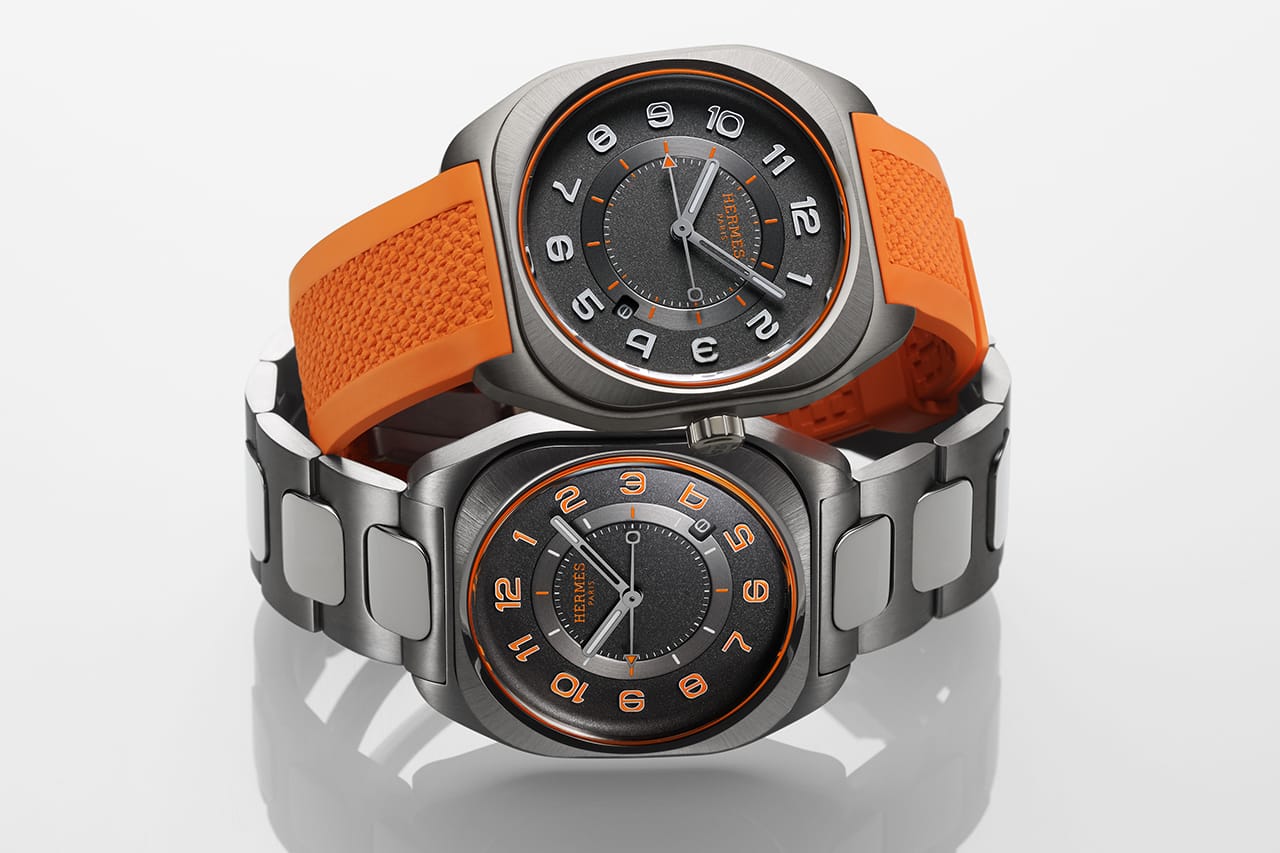 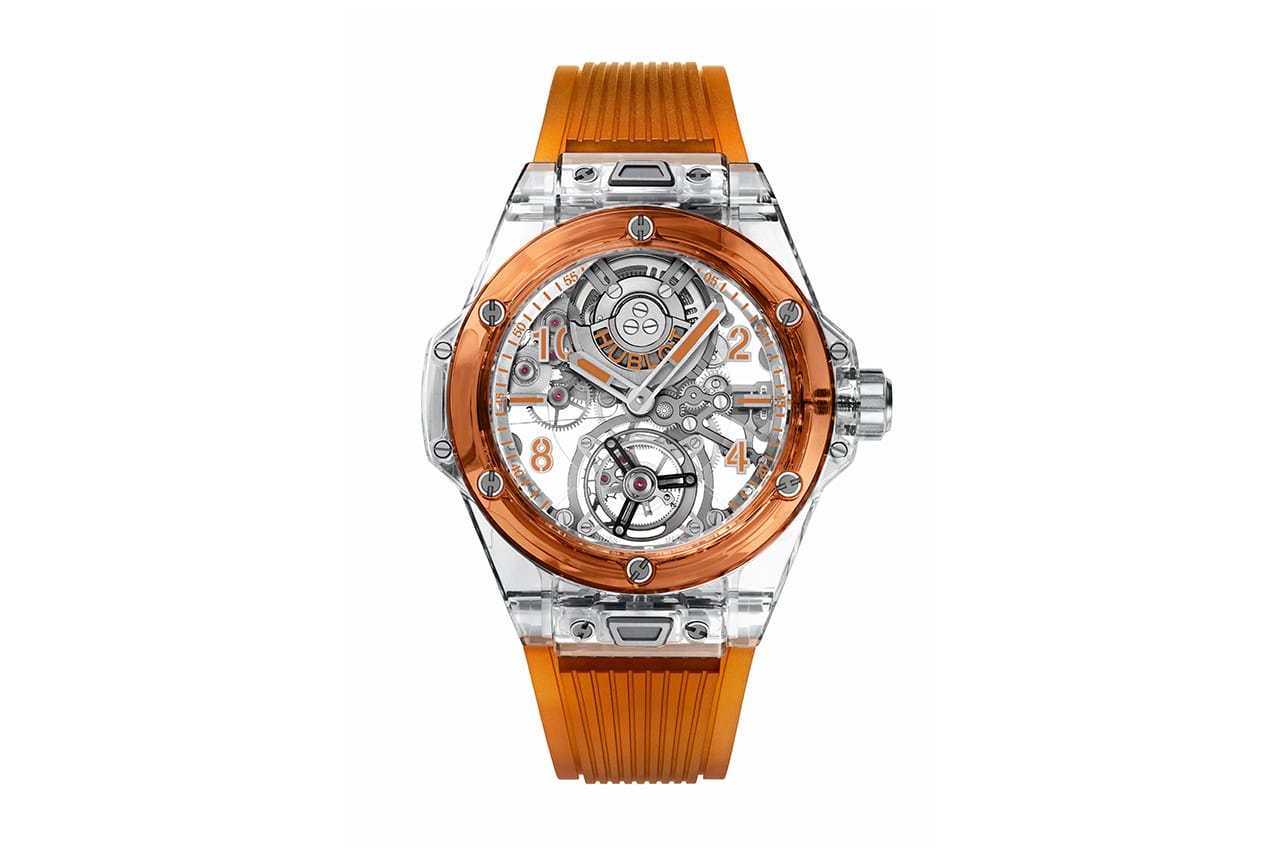 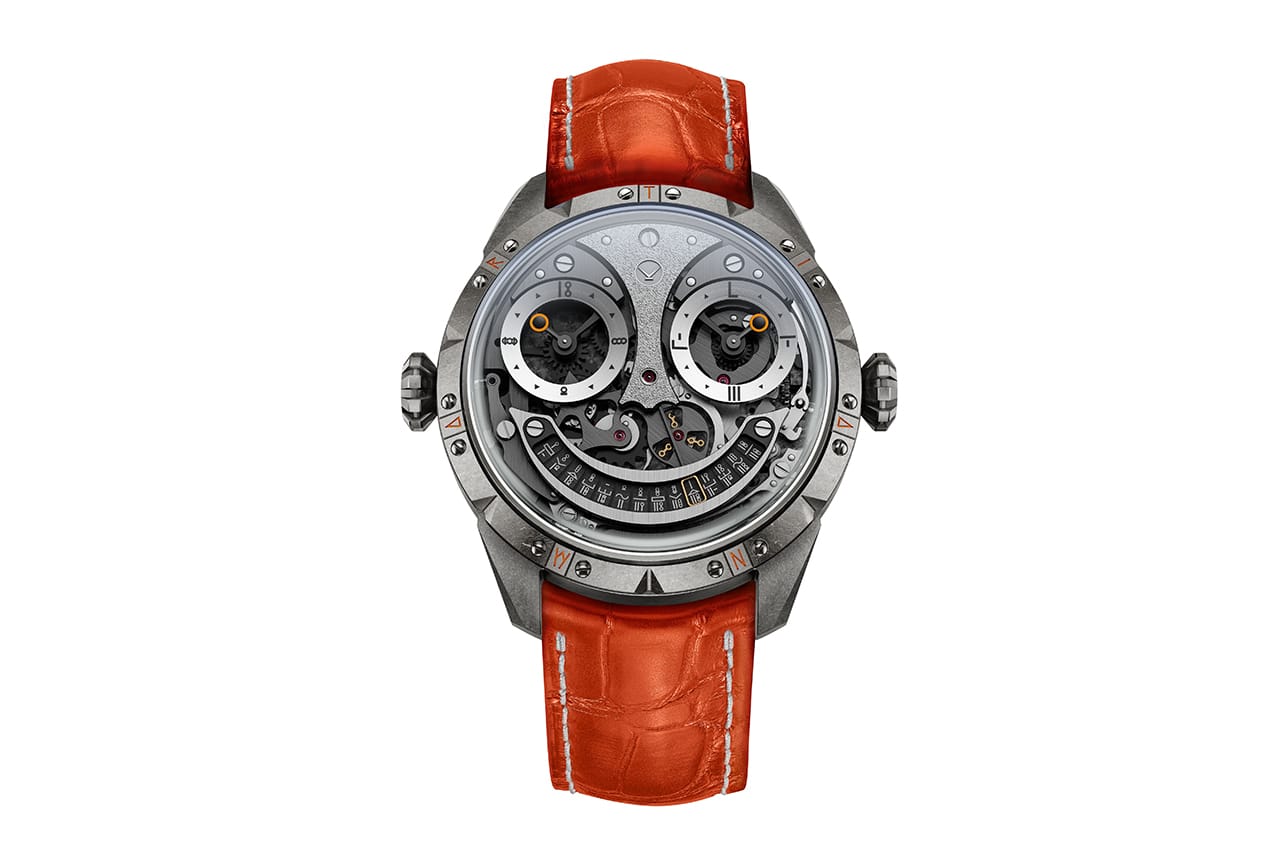 Russian watchmaker Konstantin Chaykin is offering up his first ever tourbillon to Only Watch. But rather than the more common 60-second tourbillon, which often doubles as a small second indication, Chaykin’s tourbillon completes a full revolution every 61.65 seconds, the duration of a Martian minute. Chaykin also fits the Martian calendar to his famed Joker dial layout, with the smile representing the Martian month of 28 sols. Est CHF 40,000 – 60,000 ($43,200 – $64,800 USD). 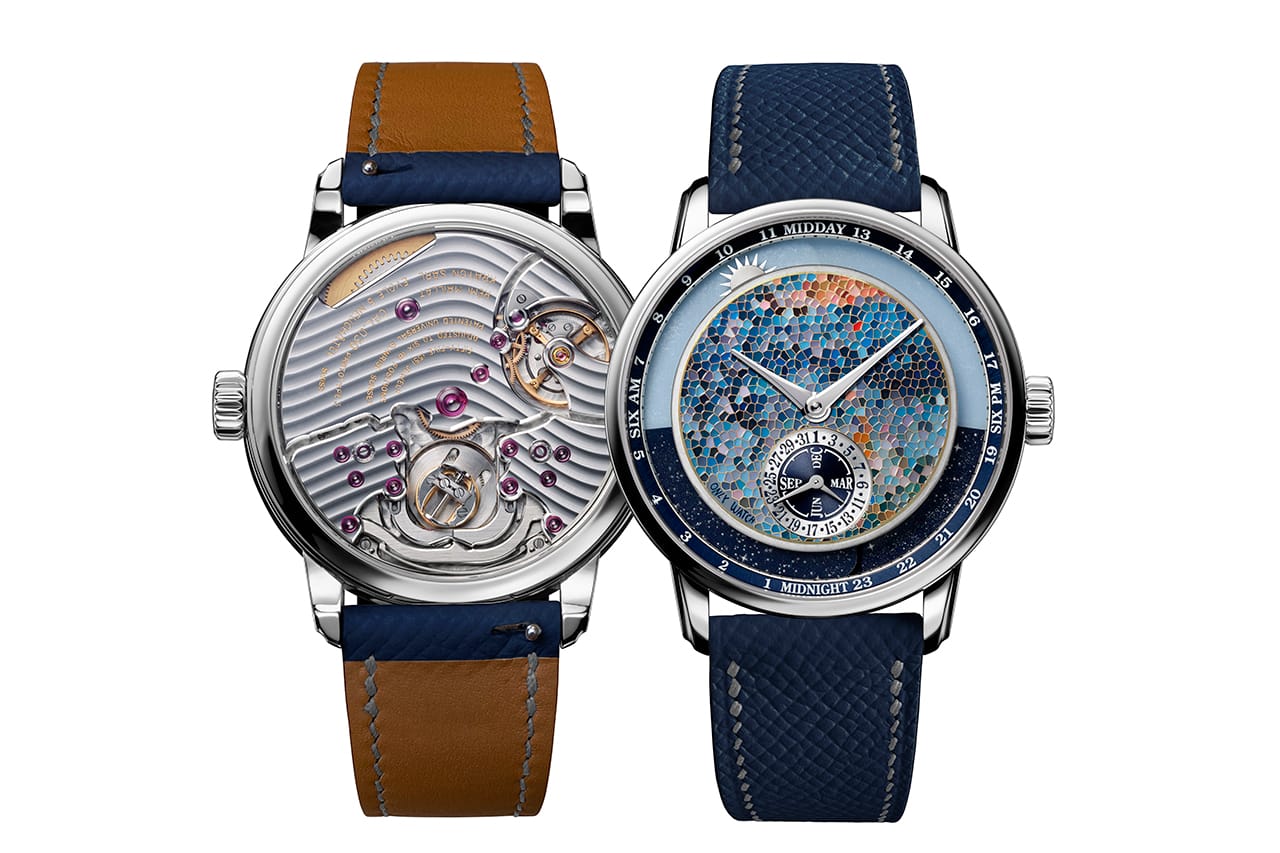 By no means a household name, Krayon create fiendishly complicated horology with a focus on offering watches that can indicate (mechanically) sunrise and sunset times anywhere in the world. This 39mm piece unique features a metiers d’art dial, an interpretation of Monet’s Impression, Sunrise. Est CHF 95,000 – 120,000. ($102,600 – $130,000 USD). 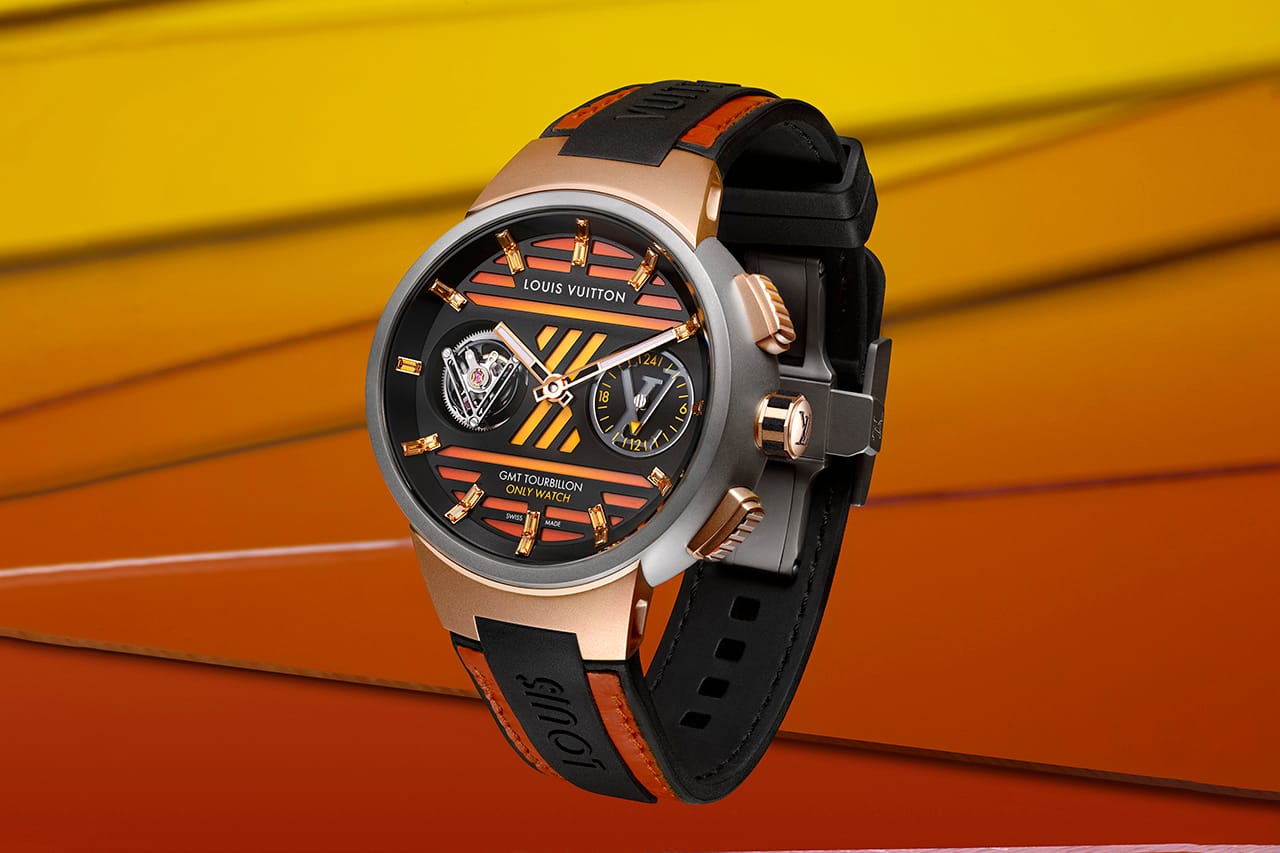 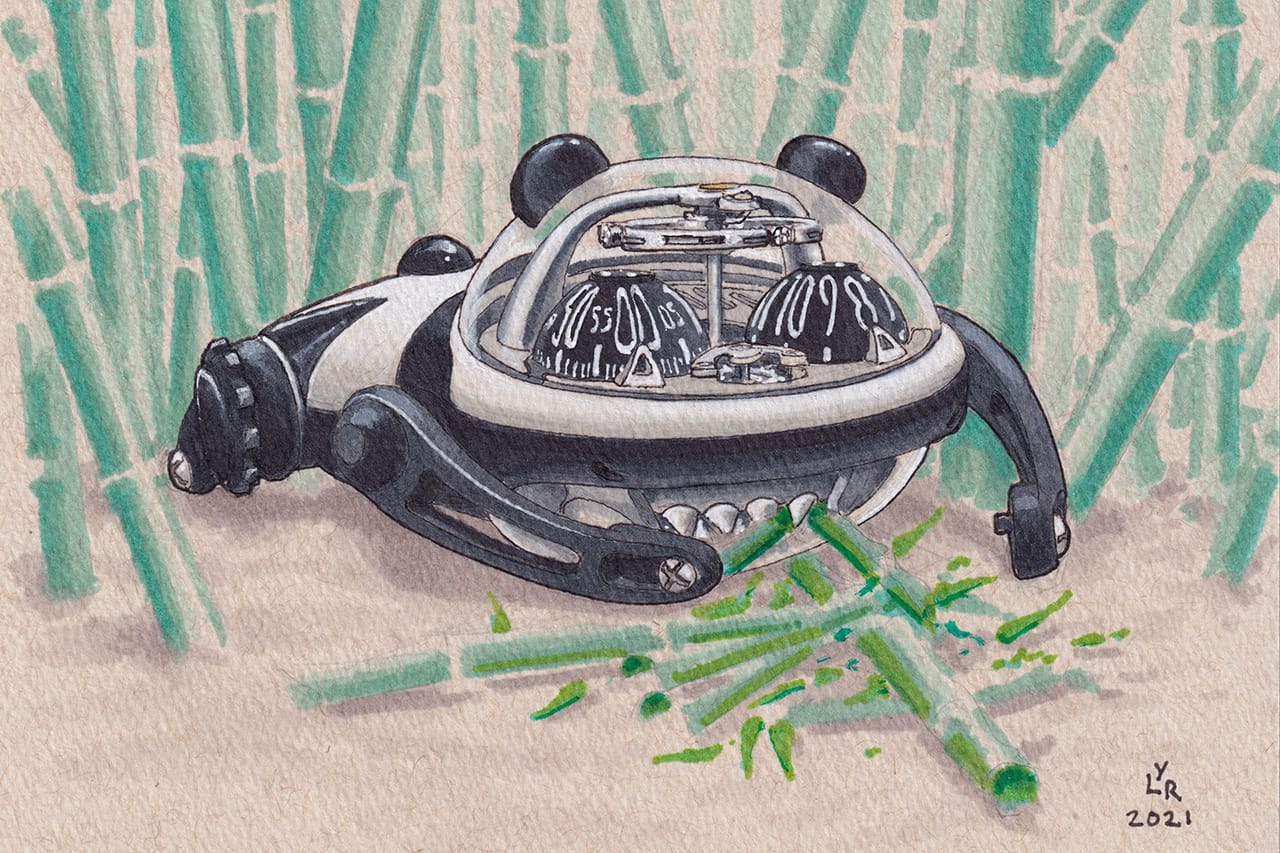 Only a series of sketches at this point, but MB&F clearly has it in mind to create the ultimate panda dial using its HM10. The brand is no stranger to animal watches and has already created owl and frog versions of existing models. The finished product will use a stainless steel case coloured with black and white lacquer, black titanium ears and a ceramic tail. Est CHF 100,000 – 150,000 ($108,000 – $162,000 USD). 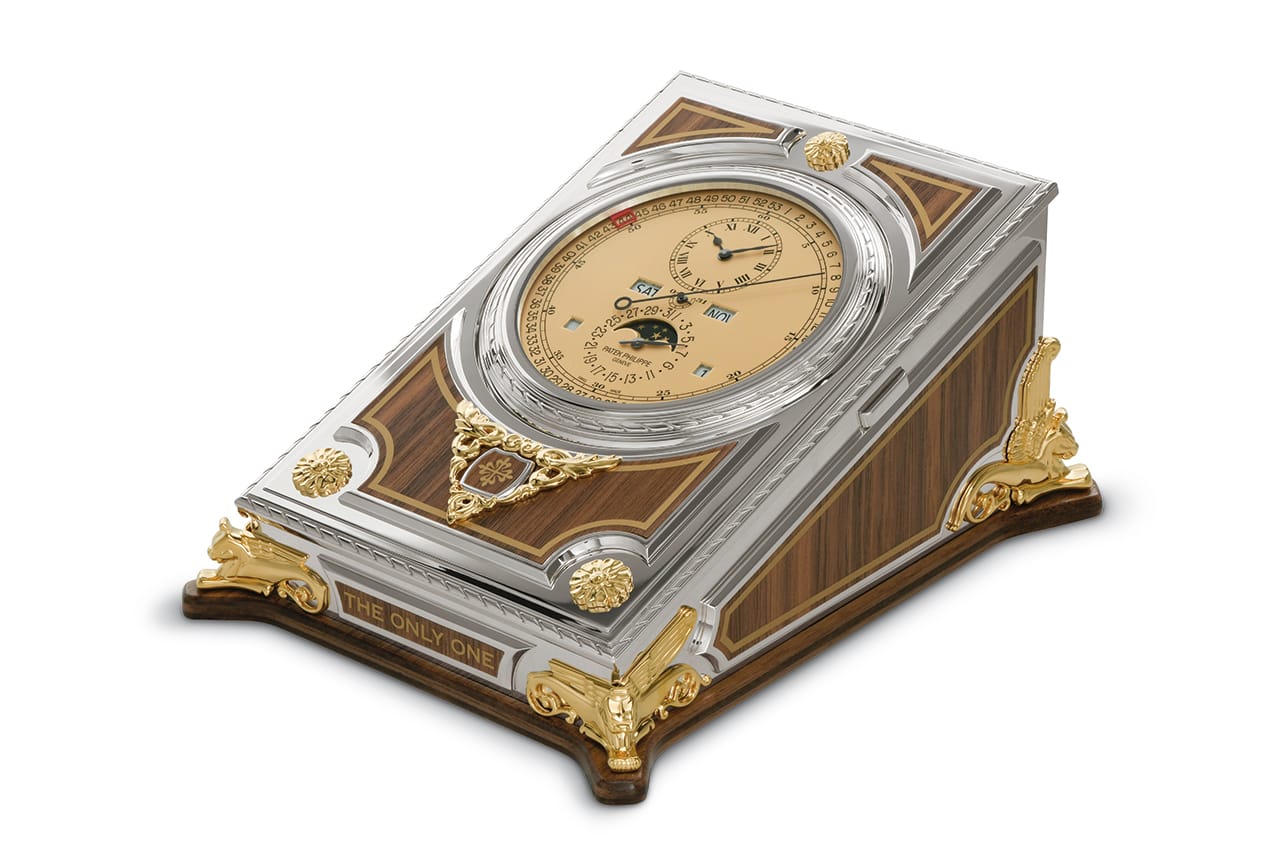 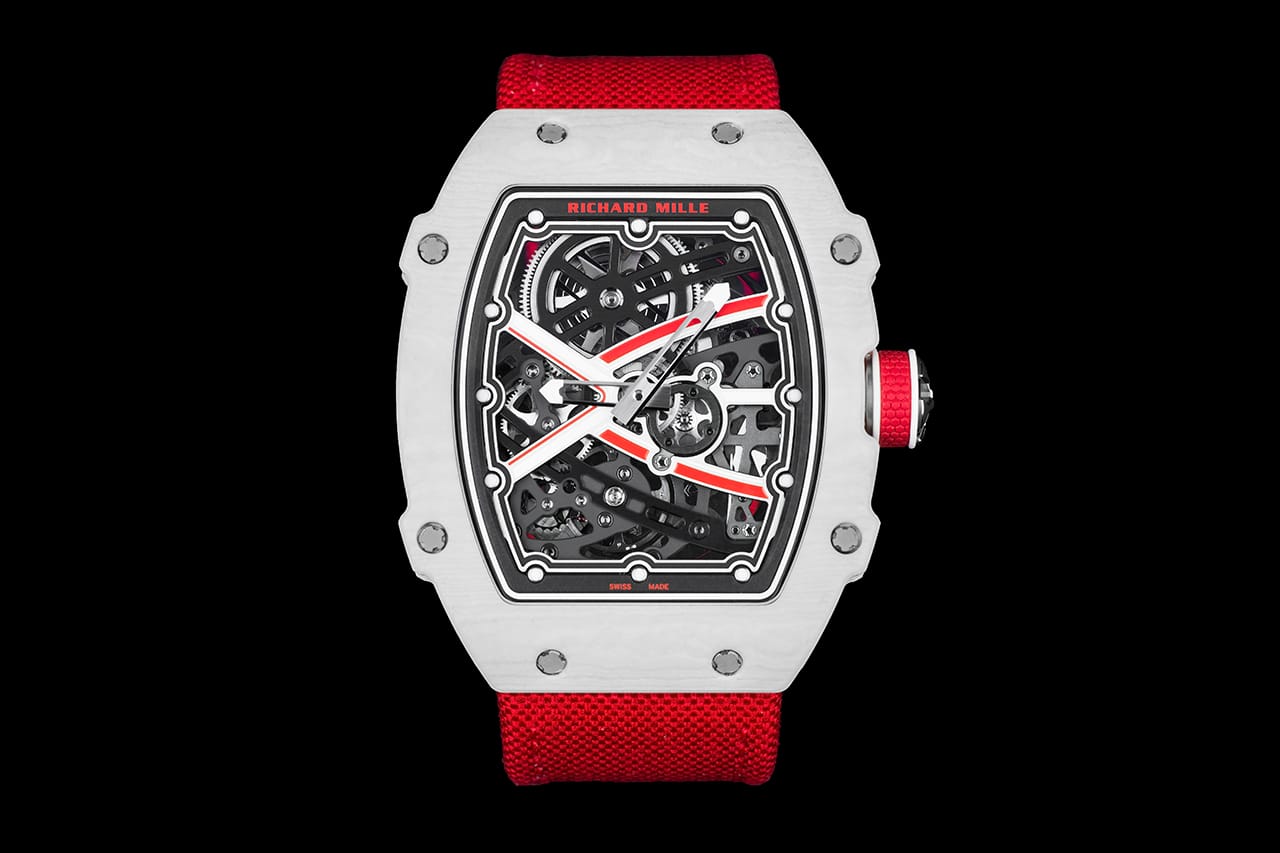 Developed by Richard Mille for racing driver Charles LeClerc, this RM 67-02 Prototype uses red and white TPT composite material to reflect the colors of Leclerc’s Monaco flag, a color scheme also hand-painted onto its skeletonized titanium automatic movement.  Using the lightest strap the brand has ever created, the watch is also the lightest automatic watch in its collection. Est CHF 270,000 – 330,000 ($291,600 – $356,400 USD). 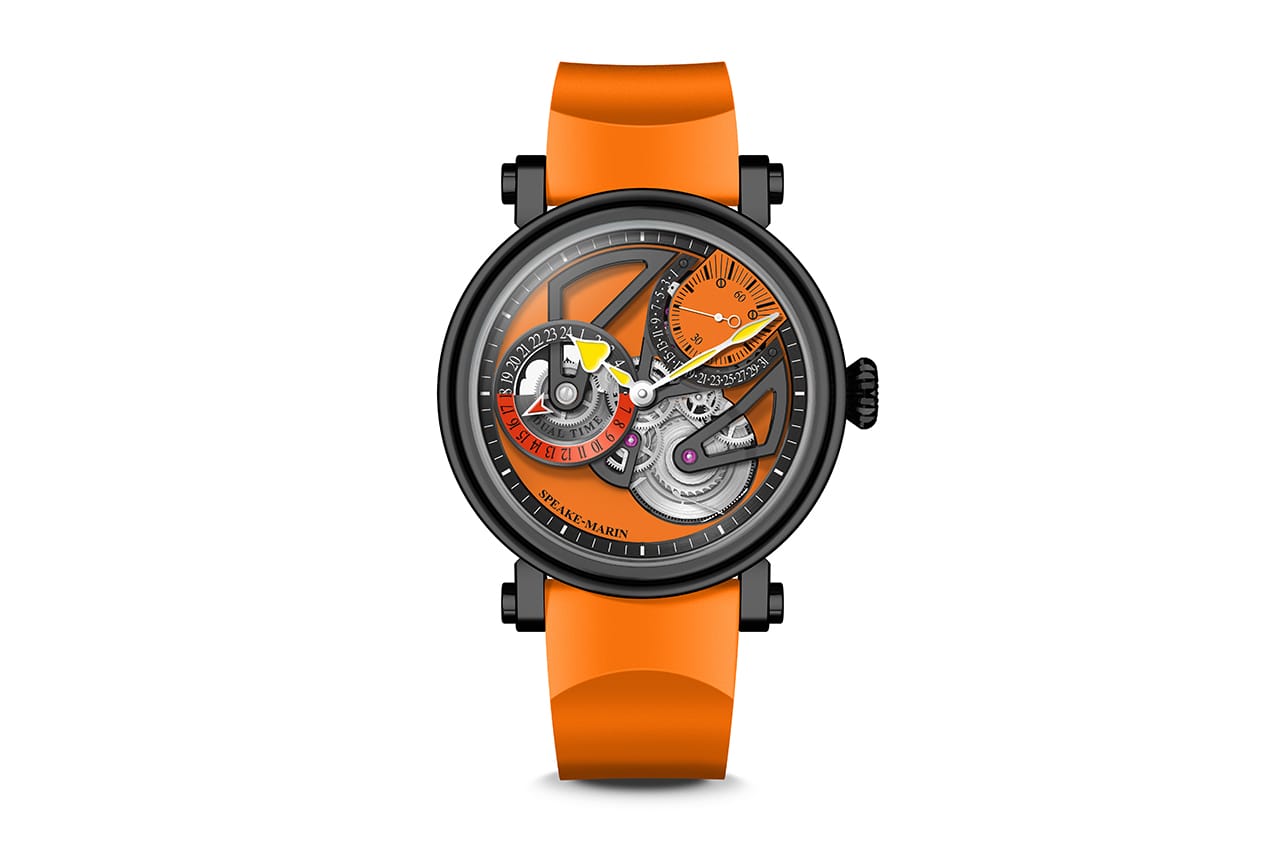 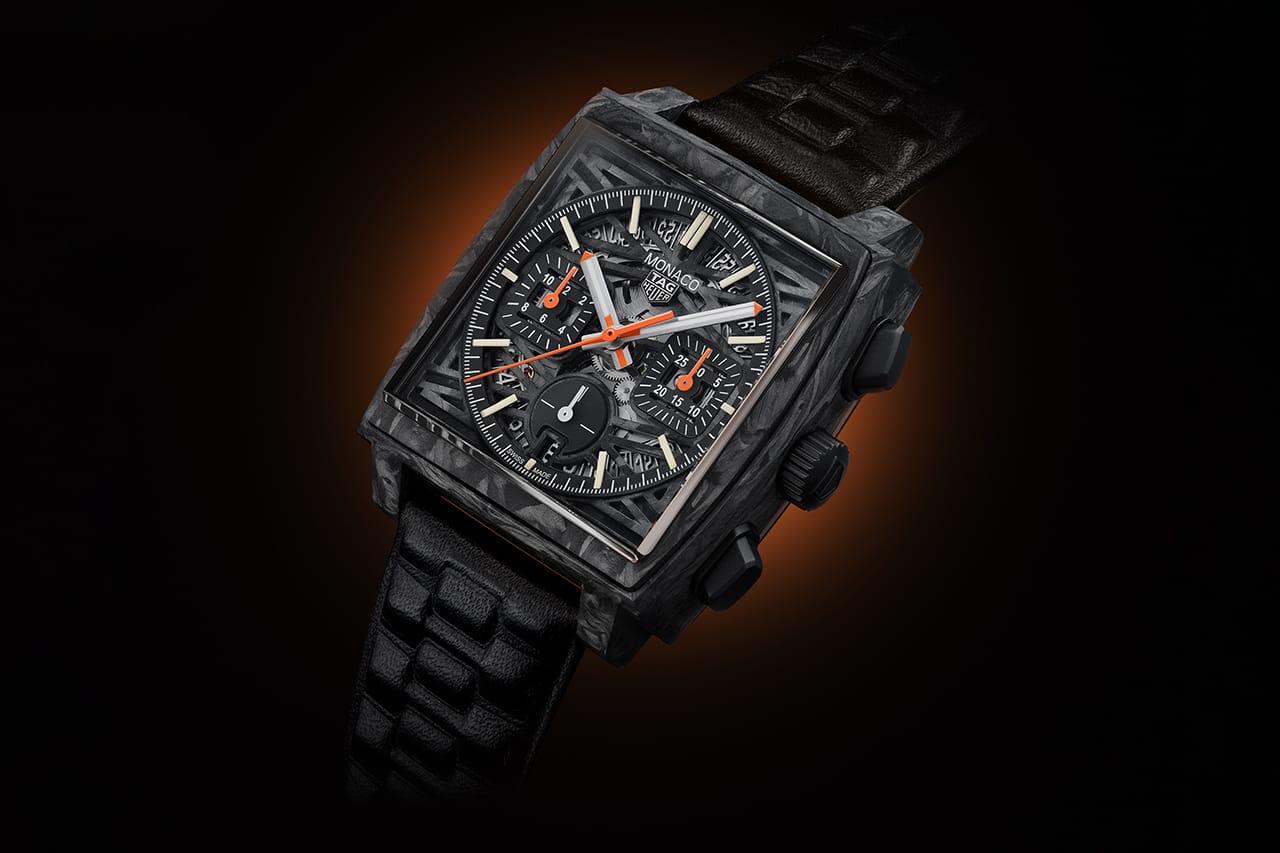 A modern reimagining of the highly sought after Heuer Monaco “Dark Lord” reference, this Only Watch Monaco uses forged carbon for its distinctive case and skeletonized dial and also features a carbon hairspring within its Heuer 02 Calibre. Est. CHF 50,000-100,000 ($54,000 – $108,000). 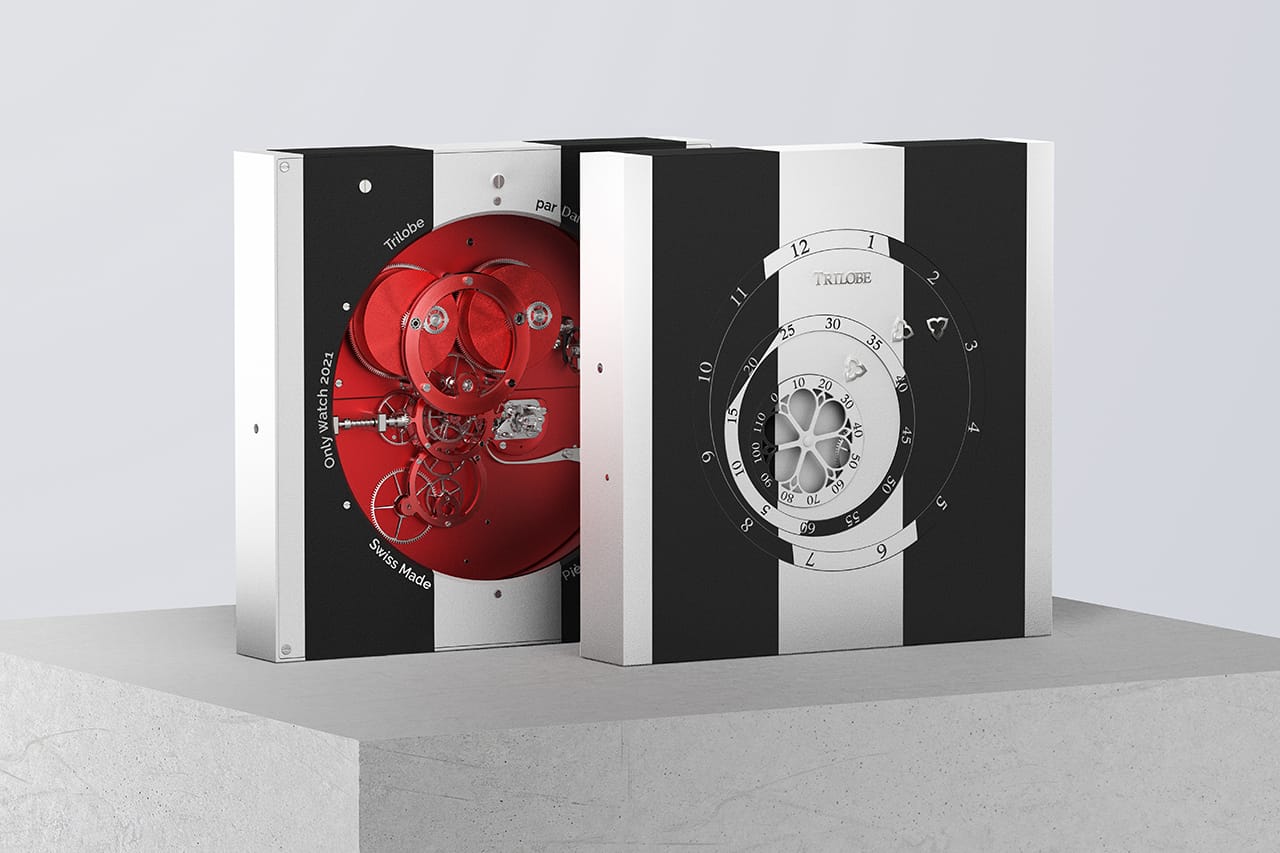 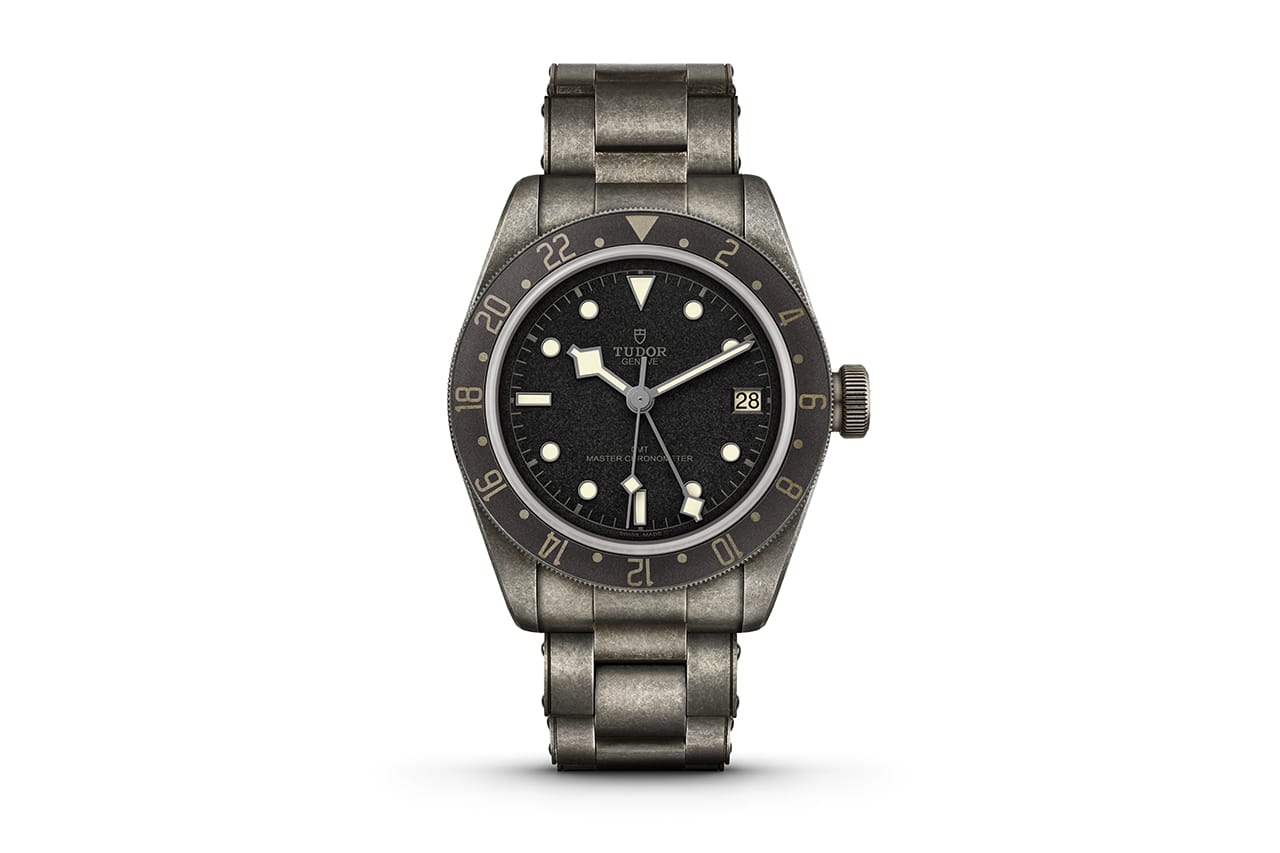 Tudor are making a big play for reactive and imperfect case materials and this aged 41mm Black Bay GMT One is no different, with barrel-tumbled black-coated stainless steel case, bracelet, bridges and mainplate. However the Master Chronometer-certified movement inside is nothing if to precise (0/+5 seconds a day) and will resist magnetic fields up to 15,000 gauss. Est CHF 4,000 – 8,000 ($4,300 – $8,600 USD). 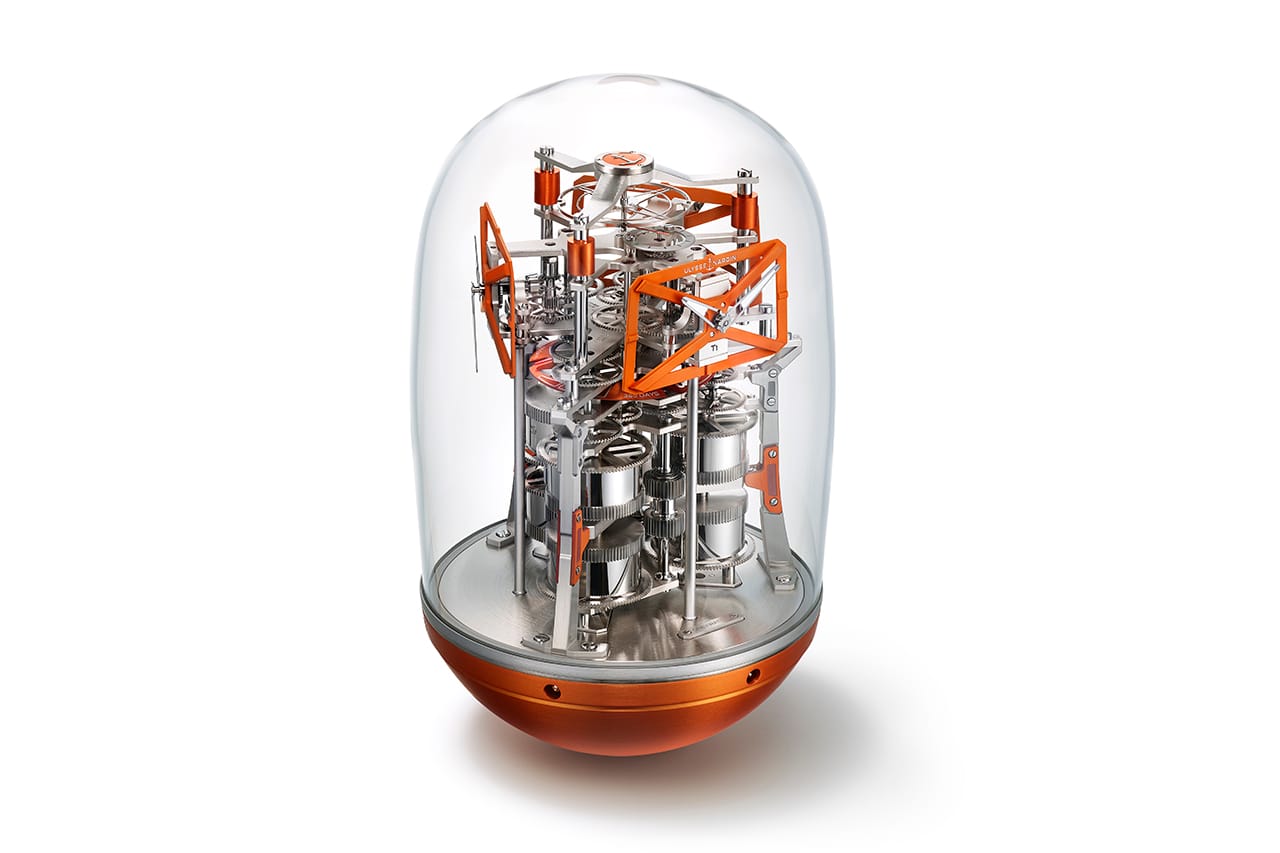 Part executive toy, part high clockmaking, Ulysse Nardin‘s UFO is one of the most innovative clocks to arrive in recent years in an already crowded market, something demonstrated by the sold-out status of the original run of 75 pieces announced in April. This unique piece has been treated to an orange anodized makeover. Est CHF 60,000 – 80,000 ($64,800 – $86,400 USD). 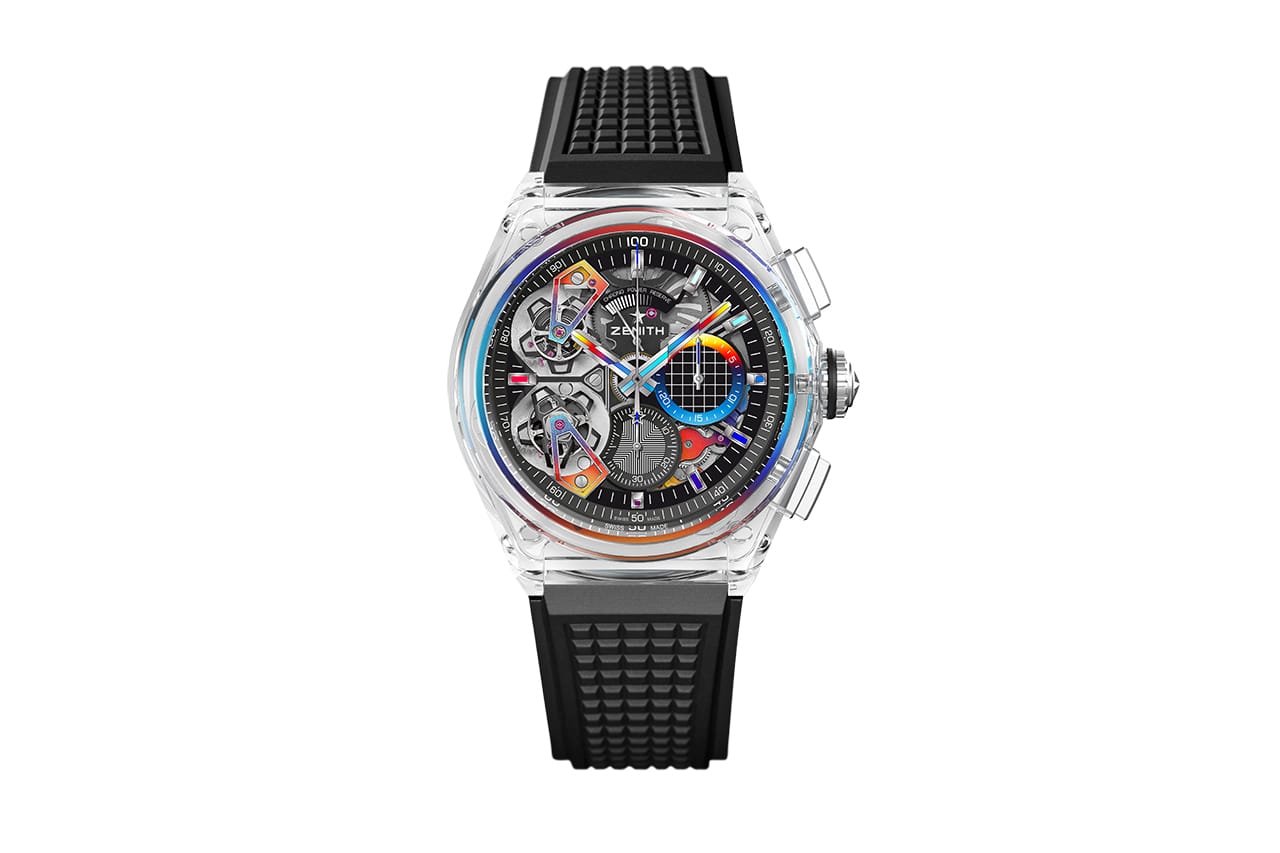 Zenith has once again called upon the services of artist Filipe Pantone, this time to add one of his full-spectrum skins to a Defy Double Tourbillon housed in a 46mm full sapphire crystal case with rainbow PVD bridges and hands and rainbow varnished hour markers. The watch will be presented with an artwork created by Pantone especially for the auction. Est CHF 180,000 – 220,000 ($194,400 – $237,600 USD).

HYPEBEAST has picked 20 of the most interesting lots above, but the full list of watches can be viewed at Only Watch.