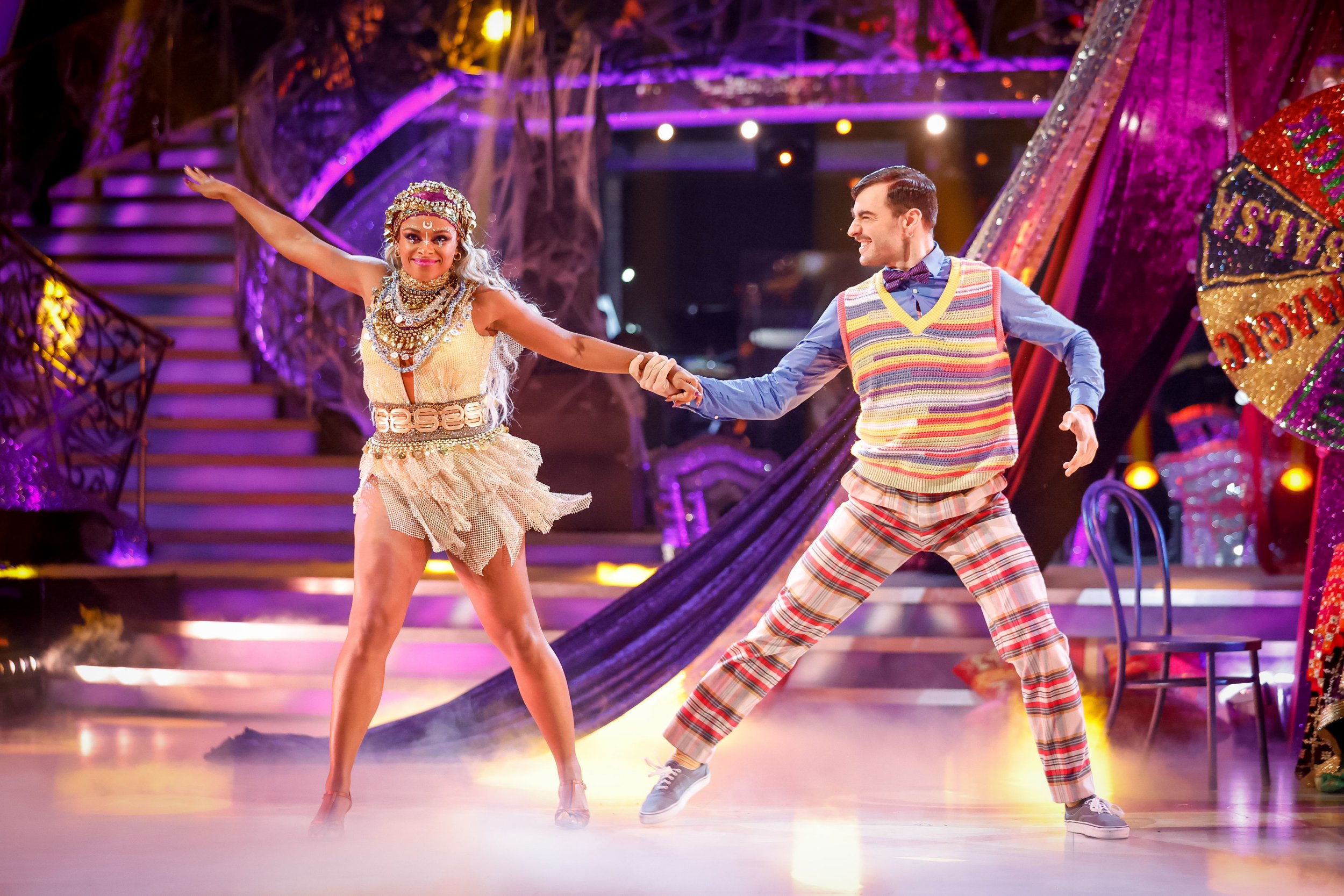 Strictly Come Dancing’s Fleur East was able to re-do her routine during last Sunday’s dance-off after falling to the floor.

The Sax singer landed in the bottom two with her partner Vito Coppola during the results show, however, was saved by judges Craig Revel Horwood, Anton Du Beke, and Motsi Mabuse, with EastEnders star James Bye sent home.

Fleur is said to have suffered an unfortunate incident with a prop at the beginning of her Halloween-themed salsa which sent her crashing to the ground along with Vito.

Their routine was then halted with both contestant and pro being checked that they weren’t injured before they were allowed to start again.

Metro.co.uk understands that Fleur and her partner had no involvement in the decision to stop their performance, with the director making the quick decision to order the band to stop the music.

‘Poor Fleur looked stunned and devastated, and no one really knew what was happening on or off stage, an insider said.

‘Eventually, the warm-up guy came on and addressed the audience while Fleur and Vito got checked out.’

The source added to The Sun: ‘They started their dance again and obviously this second version was the one aired.

‘There was no reference to the fall by the judges either.’

A BBC spokesperson confirmed an issue with a prop led to the incident. ‘As they had not begun to dance before the incident occurred, it was decided they could start the performance again, once it was confirmed they were fit to do so,’ they said.

Despite her fall, Fleur was saved by the judges with James and his partner, Amy Dowden, eliminated.

The dance-off was pre-recorded on Saturday night, with James, 38, partnered by pro dancer Amy Dowden, 32.

Speaking after his exit, the actor said: ‘I’ve said this from the very beginning, all I can do is go out there and do my very best.’

Generously praising the former X-Factor runner-up, he added: ‘I am dancing against Fleur East, I went and did my best but she is phenomenal. I’ve had the best time on this show and I have a friend for life [in Amy], all I can do is thank the family, and I have a new family now.

‘It’s a competition but you don’t feel like that backstage, you honestly feel like everyone has each other’s backs and everyone is just willing everyone to do their best!’

Strictly Come Dancing returns next Saturday at 7pm on BBC One.