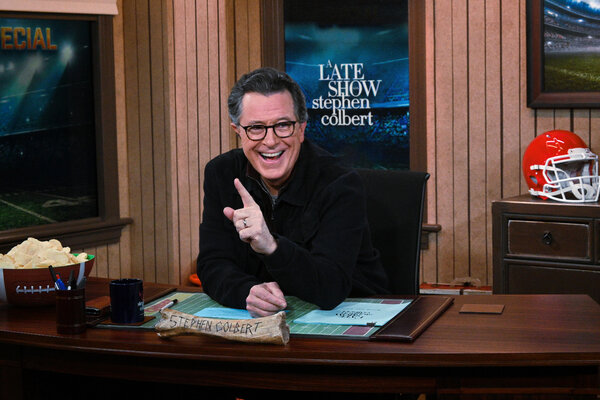 Stephen Colbert’s late-night talk show will return to filming in front of a studio audience on June 14, CBS said on Monday.

About 400 audience members will be allowed in the Ed Sullivan Theater on Broadway in Manhattan, provided they can show proof of vaccination against the coronavirus, such as through the Excelsior Pass issued by New York State or an original physical vaccination card from the Centers for Disease Control and Prevention. There will be no capacity restrictions, and masks will be optional.

CBS said that staff and crew members will be tested for the virus before starting work and will be screened daily for symptoms, monitored by a Covid-19 compliance officer. The network said the plan comports with New York State guidelines.

The show’s changes will come just a few months before Broadway shows are expected to return, and about a month after baseball stadiums in New York began designating separate seating sections for people who have been vaccinated and those who have not.

Last week Gov. Andrew M. Cuomo relaxed the state’s capacity restrictions, allowing businesses to serve as many patrons as they like as long as there is enough space for people to adequately socially distance. He also ended the mask mandate for vaccinated people indoors and outdoors, though individual businesses are allowed to have stricter mask policies.

The pandemic put a stop to many late-night talk shows for a time in mid-March 2020, when New York and Los Angeles, where many of them are produced, introduced strict social distancing and quarantine guidelines.

Since then, the shows have had to get creative, interviewing guests by video conference and filming in empty studios or from the hosts’ homes, with family members sometimes serving on the crew. 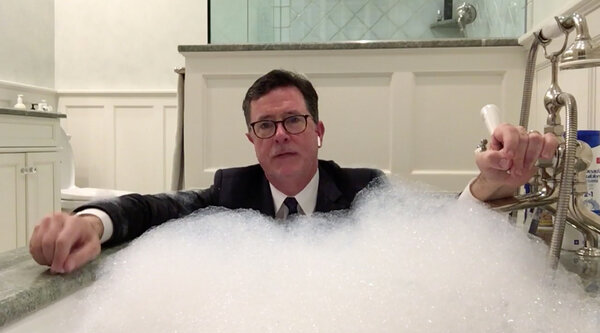 “Over the last 437 days, my staff and crew (and family!) have amazed me with their professionalism and creativity as we made shows for an audience we couldn’t see or hear,” Mr. Colbert said in a statement included in CBS’s announcement on Monday. “I look forward to once again doing shows for an audience I can smell and touch.”

The show resumed studio production in August 2020, using a small set in the Ed Sullivan Theater, a far cry from Mr. Colbert’s normal setting. Of the 205 episodes shot without a live audience so far, 16 have been broadcast live, including an impromptu reaction to the Jan. 6 Capitol assault.

During a recent interview on “Fresh Air,” Mr. Colbert said that working without an audience created challenges that only a crowd could ameliorate.

“I’m much more likely to mess up and have to retake something, lose the rhythm of a joke, or even just misread the prompter without an audience there, because there’s some vital performance adrenaline spark that’s missing that the audience provides,” Mr. Colbert said. “And so my wife and my kids have seen me absolutely shank monologues over and over again. And it’s very humbling for them to realize that I’m not that good at this.”