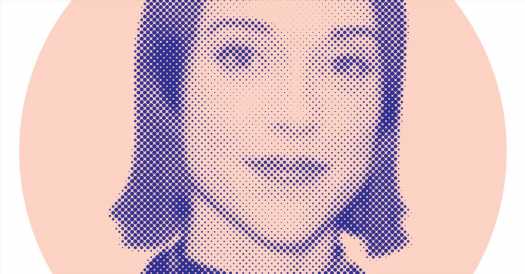 Despite the hardships of the past year, Annie Clark’s sixth studio album came together with remarkable ease. “Maybe I earned a fun one,” Clark, who records under the name St. Vincent, mused. “Usually there’s some kind of ‘Dark Night of the Soul’ moment. And there just wasn’t.”

Clark, 38, spent much of 2020 shuttling between her home in Los Angeles and her family’s in Texas. But the record (“Daddy’s Home,” due May 14) was born at Electric Lady Studios in Manhattan, where she and her repeat collaborator Jack Antonoff landed on 1970s New York as their lodestar. The resulting songs ease away from the angular art-pop of “Masseduction” from 2017, opting for gentler, slouchier rock. The relative softness corresponds to Clark’s effort to treat the troubled, complicated characters that populate her record with care. Among them are the broke and lovelorn protagonist of the lead single “Pay Your Way in Pain,” Nina Simone, Marilyn Monroe and her own father, whose release from prison in 2019 inspired the title track.

Clark confessed that she did not meet her quarantine goals of learning conversational Italian or writing a tour bus cookbook, but she did read some books about the gulag. Calling from her “utilitarian” Los Angeles studio, she detailed 10 of her favorite things to watch, read and hear — many of her picks reflecting a fascination with history and an eagerness to unpack social and aesthetic violence. These are edited excerpts from the conversation.

I discovered William Scott’s work through David Byrne, at his place in New York. And when we were on tour with “Love This Giant,” we went to Creative Growth in Oakland [a nonprofit that supports artists with disabilities]. I had my eye on this bust of Janet Jackson. And then when I was back, I went and bought a bust of CeCe Winans. So I have these busts in my library.

A lot of the artists whose work I collect are people who are marginalized from society in one way or another. What I like about it is that the expression feels very pure. These are people who might not have all of the tools at their disposal or the education, or any of that, but they are compelled to make work. That kind of irrepressible urge in people — that I just find so inspiring and heartening and cool. And it’s completely divorced from any of the status of the quote, unquote, “art world.”

2. Adam Curtis’s Documentary Series “Century of the Self”

The way his work has been described is as emotional history or impressionistic history. The lines that he draws between events and trends are not exactly “A plus B equals C,” but the general thesis is like, “the collective consciousness is saying this.” As a writer, I’m always trying to understand systems and understand people.

I used to live in a rent-controlled place in the East Village. But it was shady how I lived there, so I was never able to get utilities in my name. I lived there for 10 years and I didn’t have the internet, so I had DVDs. I used to go to Kim’s Video all the time and buy DVDs so when I would wake up hung over and be like, “Oh, just can’t quite make it out of bed today,” I would have something to put on. If I wanted to watch something it wasn’t like “Netflix and chill.” I associate that Ric Burns documentary with being either hung over or tired or both, and watching it in my bed.

This is one of those Joni Mitchell records that I didn’t hear until I was in my early 20s. Everybody knows “Blue” and “Ladies of the Canyon,” but this is when I became a Joni Mitchell fan, with a capital F. This record’s just so deep. Her lyrics are … Cubist. I’m thinking of the one where she’s like, “In the mirrors of a modern bank/From the window of a hotel room.” And it’s all wiggles, you know? It’s like water, that record. And I don’t mean to make it about me, but I feel like I can understand some of the things that Joni talks about, like the refuge of the road, or watching the world from an airplane or being in a hotel room.

5. Maggie Nelson’s “The Art of Cruelty”

This is one of those books that I picked up six times and would get through a few pages and be like, “This is really brilliant,” but it felt impenetrable at first. Then I had this one weekend where the clouds parted, and I just could see it and plowed through it. It talks about the ethics of being an artist in a way that is so brilliant, and so not orthodox or finger wagging. I think it’s one of those books you can revisit at various points of your life.

6. Her Own STV Signature Series Guitar

Part of it was inspired by Klaus Nomi’s tuxedo. And I wanted it to hit my sternum in a particular way. I am cis female, so the way that it hits the sternum and then has a little bit of a cutaway, it makes room for my breast. But just one of them. There’s only room for one! I love it. It’s the only electric that I play, with very rare exception.

I saw people’s pictures of it from the Met [in the exhibition “Play It Loud: Instruments of Rock & Roll”], because I never got a chance to go and see it in real life. Most of the time, I just kind of like quietly put my head down and work — and then every once in a while, I look up and see something that I’ve made, and it’s mysterious that it’s in the world.

I love Pina Bausch’s work. I was really inspired by “The Rite of Spring,” where the virgin dances herself to death. There’s this one particular movement that was like, drawing your hand above your head, and then when you pull it down, your elbow goes into your stomach — sort of like you’re open and then you’re impaling yourself. It just moved me to tears. So when I worked with my friend Annie-B Parson to choreograph the Digital Witness Tour, I was like, “Can we please incorporate this?” Another big thing: I was obsessed with falling. That was another big part of the Bausch work. How do you fall and make it look violent but not hurt yourself? I’d get a rehearsal room with Annie-B and just practice falling.

It’s an old ribbon mic, and it just sounds so good and warm. I know these are words that might not mean that much — when people describe sound as warm, it’s reductive. But it makes things sound and feel true. I don’t mean that it has perfect fidelity. What I mean is that when you sing into this microphone, what comes back at you feels honest. My friend Cian Riordan, who mixed “Daddy’s Home,” hipped me to this mic.

There was one recently about the idea of honor culture. You know, if someone is insulting someone’s masculinity and masculinity is tied up with honor, you have to avenge that insult. A lot of these “honor societies” end up with more violence because you have to save face and there’s less ways to assimilate conflict. The premise of so much of “Hidden Brain” is that we live by the stories we tell ourselves. And as a storyteller, that idea is very liberating to me, because if we live by the stories we tell ourselves, it means that when we get new information, we can assimilate that information and tell ourselves new stories.

The first time I was there was with my mom and sisters. I remember just walking through this piazza and having a wonderful time and wonderful conversation, and really being awe-struck by the architecture and the history, and just that life was beautiful. Another time, a number of years later, I was on tour with David Byrne and we had our last show in Florence, and I remember walking through with band members and then having the best dinner of my life after. It’s one of those places where, at very pivotal points of my life, I’ve been there and only beautiful things have happened to me.