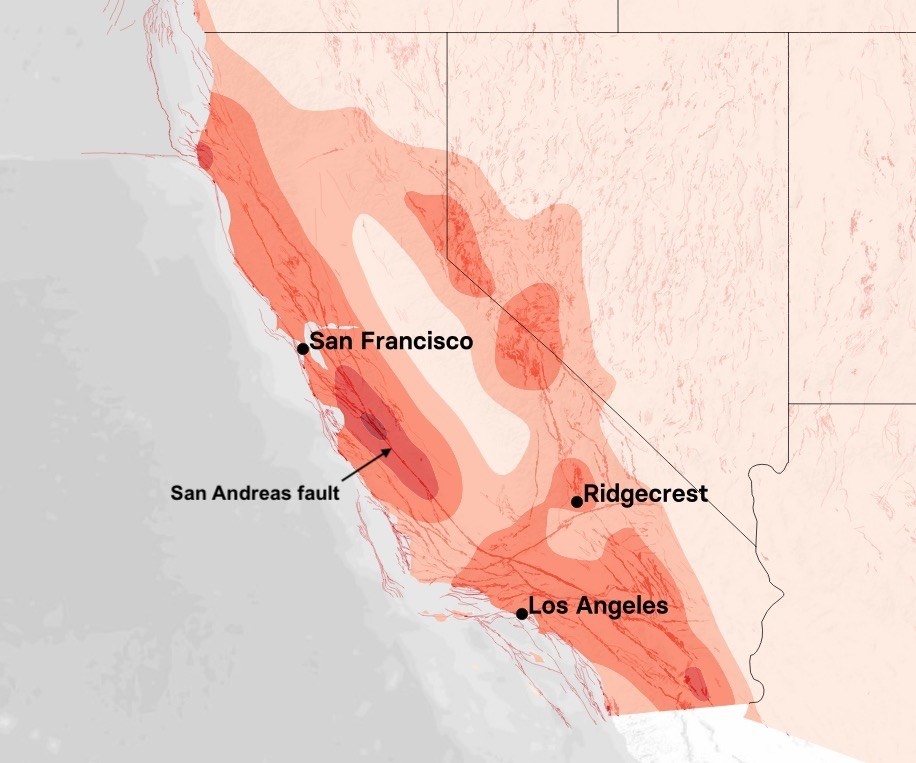 After two damaging quakes in as many days, Californians are wondering whether the feared “Big One” has become more or less likely.

Seismologists say that the city of Ridgecrest, near the epicenter of both quakes, may be in for more aftershocks — with a small chance of an even bigger quake to come.

But that won’t affect whether or not a long-feared earthquake of up to magnitude 8 could occur along the San Andreas fault, which hits the California coast near San Francisco and then runs down the state, passing to the east of Los Angeles.

In general, one quake makes another more likely — but only on connected fault systems. The quakes near Ridgecrest happened on a system of relatively small faults in Kern County, just over 100 miles east of Bakersfield. 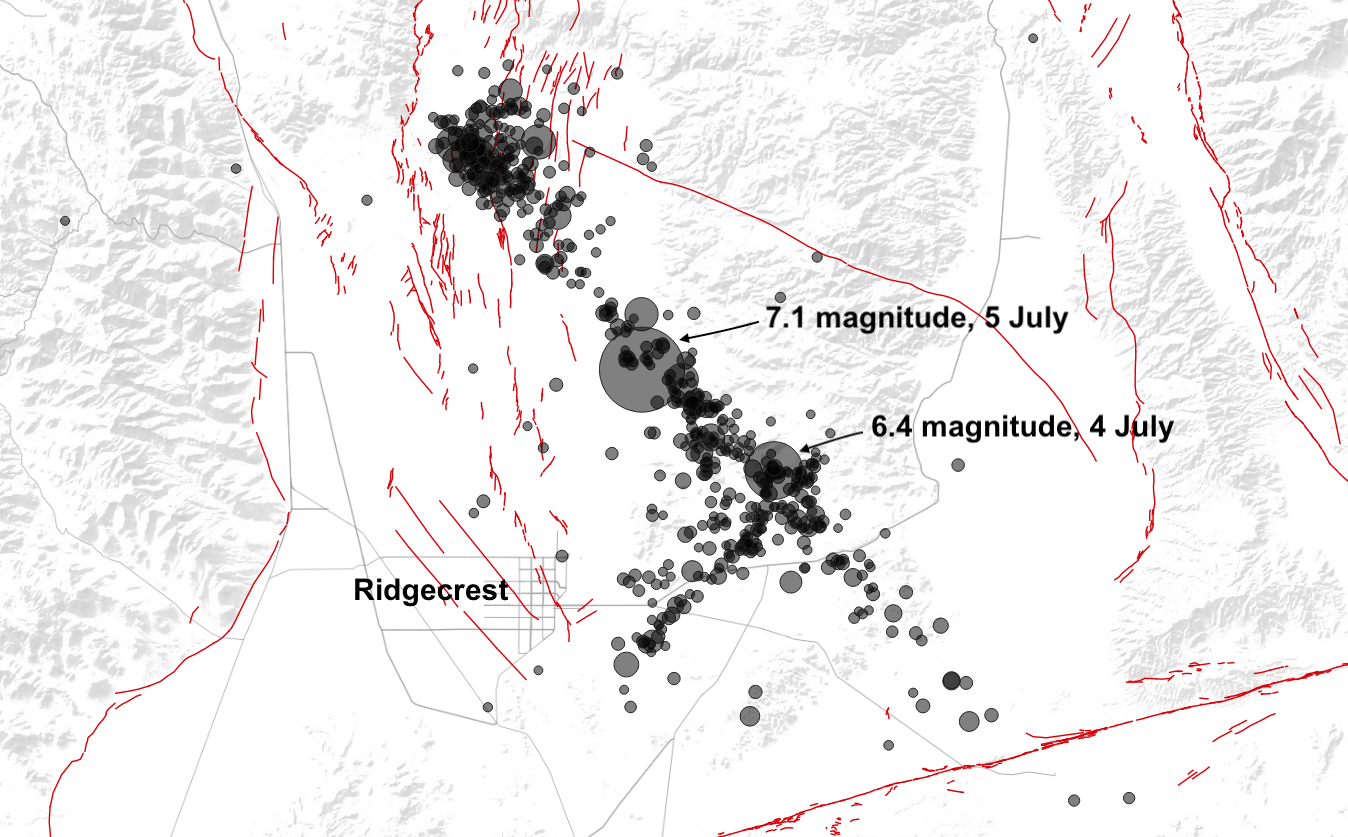 Earthquakes of magnitude 2.5 and greater in the past week, scaled by the amount of shaking they caused. Red lines show known faults.

The map above shows that the two quakes and the swarm of associated aftershocks have ruptured two faults intersecting one another at a 90-degree angle.

“It does look like we might be seeing two different faults,” seismologist Lucy Jones of Caltech told a press conference on Friday. The July 4 quake, a magnitude-6.4 tremor that struck at 10:33 a.m. local time, also happened at the intersection of the two.

“This is an area with a lot of little faults,” she added.

After Thursday’s quake, Jones and other seismologists warned of aftershocks. Jones said it was likely there would be at least one larger than magnitude 5 in the next day.

But the July 4 quake turned out to be a foreshock for the magnitude-7.1 tremor which hit at 8:20 p.m. on Friday, a few miles to the northwest. It was followed by more yet more aftershocks.

Late on Friday night, Jones tweeted that there was a 10% chance of yet another magnitude-7 quake.

But the faults that have damaged buildings and fractured gas mains in Ridgecrest aren’t connected to the San Andreas or other big concerns like the Hayward fault, which runs parallel to it along the down the east side of the San Francisco Bay.

Pundits sometimes say that a big quake in Southern California is “overdue.” But in fact there’s no way of predicting the timing of quakes and they don’t obey any schedule.

The last really big quake in Southern California was a magnitude-7.9 in 1857. An earthquake of this size would cause 6.3 times as much shaking as Friday’s magnitude-7.1, and release more than 15 times as much energy.