Shakira isn’t taking her breakup with Gerard Piqué lying down, she’s fighting back with her music amid his cheating allegations. The 45-year-old music sensation released a new single, “BZRP Music Sessions #53” with DJ Bizarre that airs the dirty laundry from their relationship.

The lyrics are in Spanish, but don’t worry, we have the translation for you. Shakira sings, “You left me the in-laws as my neighbors, media outlets at my door and in debt with the Treasury. You thought you hurt me, but you made me stronger/ Women don’t cry anymore, they cash in.” There’s a lot to unpack in just a few lines, but she’s going there with no regrets.

The “Hips Don’t Lie” singer is also showing her strength after it is alleged that Piqué’s romance with 23-year-old Clara Chia Marti started far earlier than she initially realized. New footage shows Marti in Shakira’s marital home in Barcelona 10 months before the split happened — it looks like there was an overlapping timeline. She also mentions her messy — and ongoing — tax evasion case with Spain. That legal issue would not have happened if she hadn’t packed up her life to support Piqué’s soccer career with FC Barcelona.

Shakira also shared a music video to the empowering song, wearing a hot pink bra and green jacket. She looked ready to throw all that shade Piqué’s way as she mends her broken heart with powerful lyrics. She isn’t looking back one bit — Shakira is ready to carve out a bright future for herself.

Before you go, click here to see all the celebrities who have admitted to cheating on their partners. 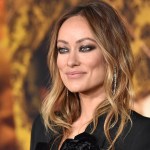