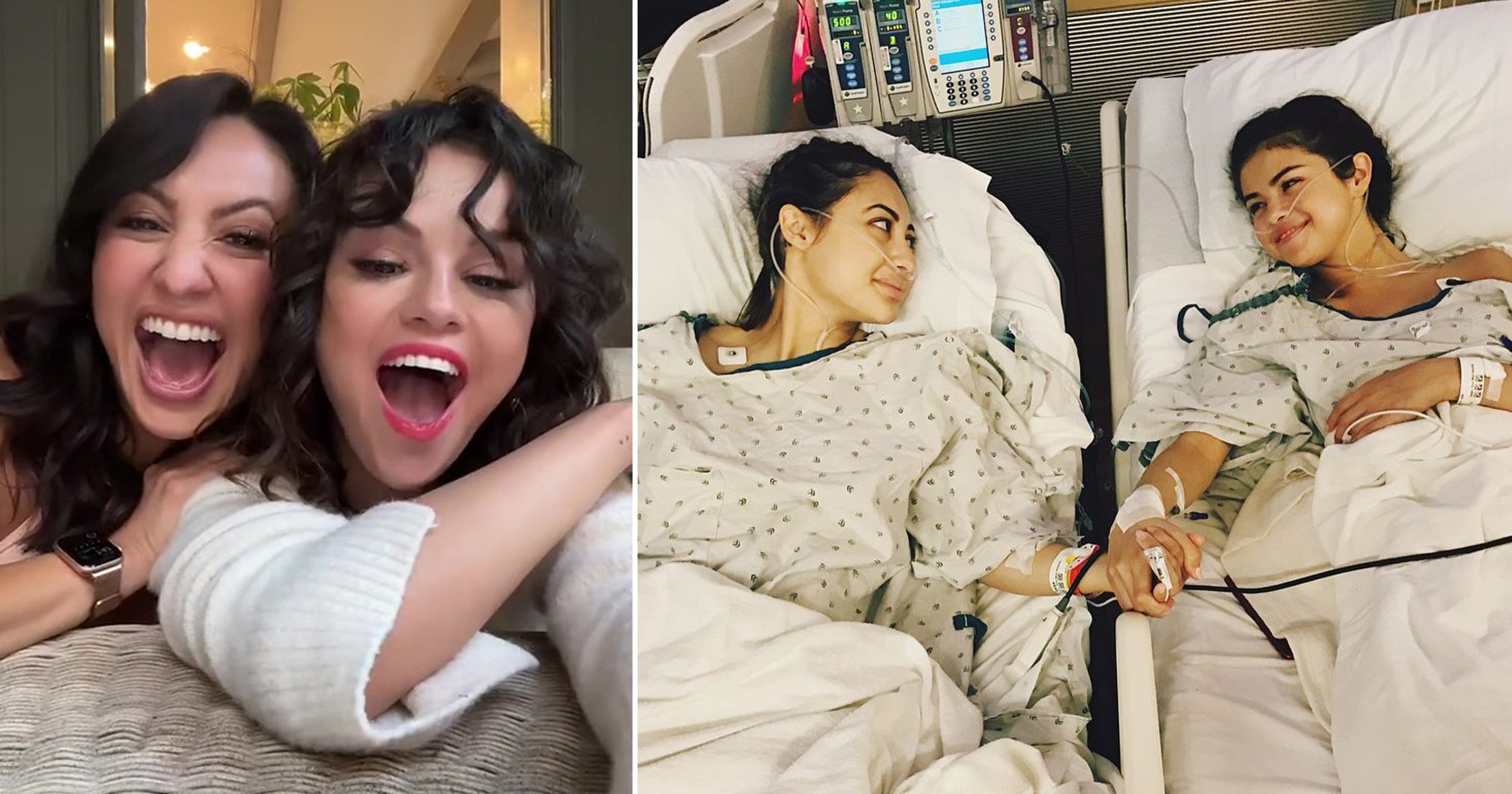 Selena Gomez fans are speculating whether she is still friends with Francia Raisa after a series of eyebrow-raising comments.

The Only Murders In The Building actress has been friends with Francia, who is also an actress and singer, since childhood.

Francia, 34, was hailed a hero in 2017 when she generously donated a kidney to Selena, 30, who battles with autoimmune disease lupus, which can cause joint pain, skin rashes and tiredness.

The two appeared to remain friends since undergoing the life-changing surgery, but fans are now concerned they’ve had a falling out.

It began last Friday when Selena’s new interview with Rolling Stone magazine was released, and featured her discussing her friendships in the entertainment business.

‘I never fit in with a cool group of girls that were celebrities,’ she was quoted as saying.

‘My only friend in the industry really is Taylor [Swift], so I remember feeling like I didn’t belong.’

Rumours of a feud were heightened with the release of Selena’s new documentary, My Mind & Me, which discusses her kidney transplant but makes no mention of Francia donating one.

Fans then quickly noticed that Francia wasn’t following Selena although it’s not known if she ever did or when she may have unfollowed her.

A TikTok user discussed Selena’s comments about her celebrity friendships, prompting the popstar to hit back: ‘Sorry I didn’t mention every person I know.’

Selena famously shared a photo of her and Francia recovering in hospital beds following the surgery in September 2017.

Alongside the photo, which shows the two friends smiling at each other and holding hands, Selena wrote: ‘And finally, there aren’t words to describe how I can possibly thank my beautiful friend Francia Raisa. She gave me the ultimate gift and sacrifice by donating her kidney to me.

‘I am incredibly blessed. I love you so much sis.’

Selena revealed in 2015 that she had been suffering from the complications of lupus, an illness that attacks your healthy tissue and your organs.

Months before the operation in 2016, the Selena opened up on her need for a career break to deal with the ‘anxiety, panic attacks and depression’ that her lupus had also caused.

There were complications after the surgery as Selena once texted Francia: ‘I’m so scared I might die.’

Speaking to Self magazine, Francia explained: ‘That’s when she got the complication where the kidney turned and broke an artery and she had to go back in and they actually had to take a vein from her leg – so she has a scar right here [pointing to her inner thigh] and build a wall around her artery.’

Francia – known in her own right for roles in Bring It On: All Or Nothing, Grown-ish and The Secret Life of an American Teenager – also spoke of the support she’d received after going through with the surgery.

‘It’s honestly been overwhelming and very amazing,’ she told Us Weekly in 2018.

‘I’m never really open about my personal life and it’s amazing the response that I’ve been getting from people. I’m honestly just honoured.’

In recent years, Selena was forced to hit back at a fan who criticised her for drinking alcohol having gone through the transplant.

The TikTok user wrote: ‘So one of your best friends gives you her kidney and you continue to drink excessively. Damn Selena,’ to which she responded: ‘It was a joke a**.’

Selena and Francia appeared to still be in close contact as recently as this year, with the two seen hanging out together to celebrate the former Disney star’s 30th birthday in July.

Metro.co.uk has reached out to Selena and Francia’s reps for comment.