Selena Gomez says she’s rediscovered the joy in her work as an entertainer ― thanks, in large part, to letting go of social media.

The actor and singer, 29, graces the cover of Elle’s Latinx issue, on newsstands next week. In the accompanying interview, she speaks at length about her new Hulu series, “Only Murders in the Building,” as well as the public scrutiny she’s endured following a series of mental and physical health concerns.

“My lupus, my kidney transplant, chemotherapy, having a mental illness, going through very public heartbreaks ― these were all things that honestly should have taken me down,” Gomez told the magazine. “Every time I went through something, I was like, ‘What else? What else am I going to have to deal with?’”

She first sought treatment for her mental health shortly after finding out she had lupus in 2014 and, four years later, was diagnosed with bipolar disorder. Still, the celebrity rumor mill went into overdrive, and she said she quickly found herself the subject of a “nasty” narrative online and in the tabloids. In the end, however, she realized she had the ability to “help people” by flipping the narrative and giving visibility to those issues via her platform.

“That’s really what kept me going,” she explained. “There could have been a time when I wasn’t strong enough, and would have done something to hurt myself.” 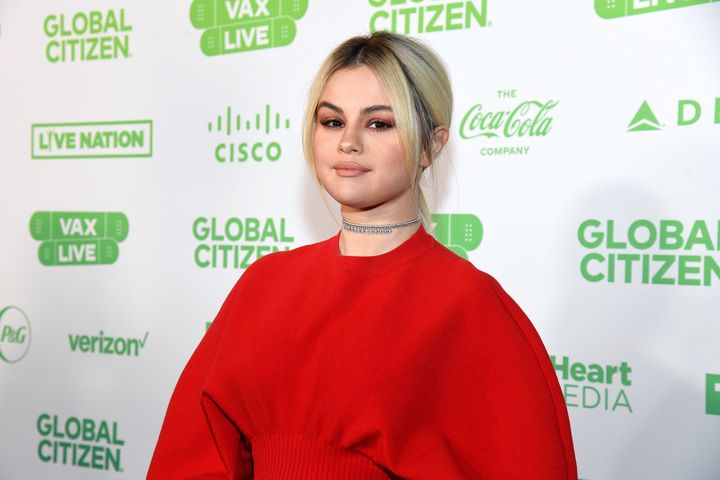 Though Gomez uses Instagram and Twitter to promote self-acceptance and other causes, she’s often doing so indirectly. In her interview, she reveals that she provides images and quotes to her assistant, who posts them on social media on her behalf.

Nixing those outlets, she said, allowed her to focus on projects and causes that spoke to her personally. One example is her HBO Max cooking series, “Selena + Chef,” which has reportedly helped raise $360,000 for 23 nonprofit organizations over two seasons.

The lack of social media access has taught Gomez to be more present, too.

“I don’t have it on my phone, so there’s no temptation,” she said. “I suddenly had to learn how to be with myself. That was annoying, because in the past, I could spend hours looking at other people’s lives.”

“Now I get information the proper way,” she continued. “When my friends have something to talk about, they call me and say, ‘Oh, I did this.’ They don’t say, ‘Wait, did you see my post?’”

Although she’s excited to pursue a wider variety of creative pursuits moving forward, Gomez has a more specific vision in mind when it comes to her legacy.

“After I’m gone, I want people to remember me for my heart,” she said. “Everything that I’m attached to has a charity aspect. If something good isn’t coming out of it, I’m not going to do it. I don’t need money, I need people who want to fight with me.”