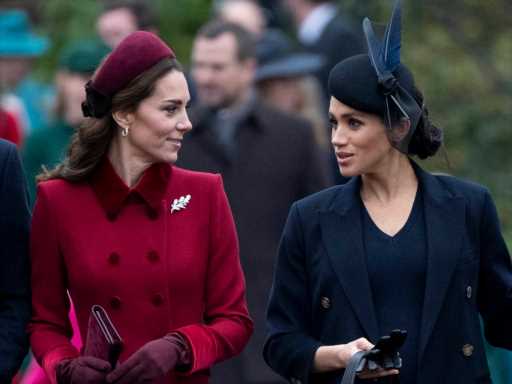 The British press has pitted Kate Middleton and Meghan Markle against each other for years, but Sarah Ferguson believes that if Princess Diana was still alive, she wouldn’t have a favorite daughter-in-law. That’s because she believes that her late friend would have been focused on family, not the difference in their personalities.

Ferguson told People that Prince William and Prince Harry’s “happiness” would be the most crucial thing Diana would want for her sons in life. “The most important thing—and I know Diana, if she were here, would say that—is they are happy,” she explained while adding that she’s thrilled to see Harry found his perfect match after such sadness. “And I love to see that little boy that cried at the funeral to have happiness now.”

But Ferguson is wistful about what Diana is missing out on, saying that she would have been “obsessed with her grandchildren” and wishes they could have shared that together “because that’s what she loved.” She knows that as a mom and a grandmother Diana “would be very proud of her sons and their wives” even though they chose to walk different paths in life. She would have easily embraced their choices “because each has got [their] own voice.”

And it gives pause to the family feud that has ensued over the past few years because it probably wouldn’t have happened if Diana hadn’t passed away. She would have likely encouraged Harry to go pursue his dreams of philanthropy outside the palace walls and cheered on William as he follows his path to the throne. And while Kate and Meghan certainly don’t have to be BFFs, perhaps there would have been a warmer welcome for both of them into the royal family (yes, they both faced challenges individually). It makes royal watchers realize what could have been had Diana still been here to enjoy her growing family and what Ferguson says would have been “her heaven.”

Before you go, click here to see Meghan Markle’s best fashion moments as a royal.