The Real Housewives of Beverly Hills the show may be on a summer break, but the Housewives themselves are still bringing the drama. 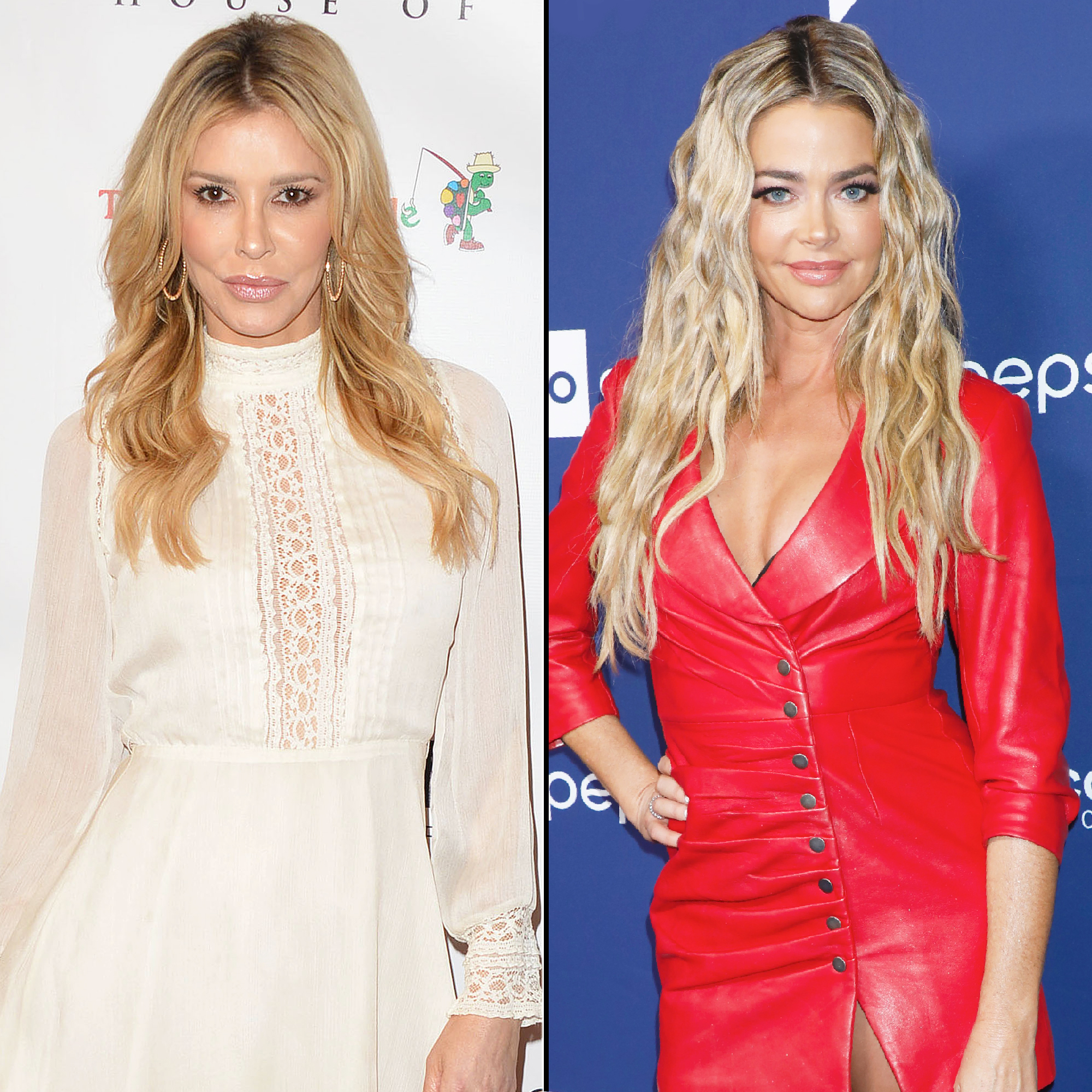 Brandi Glanville posted a photo of herself kissing an unidentifiable blonde woman on Saturday, June 27, and fans were quick to call out her ongoing drama with Denise Richards.

“Making dinner for my fam/neighbors – #snack on this,” the Drinking and Tweeting author, 47, wrote via Twitter alongside the snap on Saturday. In the replies, fans began to question the woman’s identity and even pulled up photos of Glanville wearing the same top when she and Richards, 49, went out together last year.

Us Weekly confirmed in January that the two women were at odds after Glanville told their costars they had a sexual relationship in the past. A source claimed to Us at the time that “Denise has never been intimate with Brandi, ever.” Meanwhile, a second insider alleged that the women “hooked up on more than one occasion.”

After The Bold and the Beautiful star heard about the rumors, she “basically stopped filming” according to a source. The two “never have a confrontation on camera” during season 10 as a result.

While the show is on a summer hiatus, a midseason trailer released on June 3 showed Glanville sharing her claims that the two hooked up.

“Denise and [husband] Aaron [Phypers] have this whole open thing,” she tells the other women. “I f—ked her, woke up the next morning [and] she said, ‘Aaron can never know this. He’ll kill me.’”

The Wild Things star seemingly responds to the accusations that she had a relationship with her costar. “What the f—k?” she says as she gets choked up. “That is not true.”

Later in the trailer, Richards issues a warning. “Please do not air this. It’s very bad,” she explains. “Bravo has a choice. If they ever want me to be on the show, they need to cut that.”

The Real Housewives of Beverly Hills airs on Bravo Wednesdays at 9 p.m. ET.