The story of why Joni Mitchell quit piano lessons is also the story of how Joni Mitchell wrote her first song. She was around 7, and the tune was called “Robin Walk” — “it was real bouncy,” she remembers in a spirited interview with Cameron Crowe for the liner notes of her new archival collection, “Joni Mitchell Archives — Vol. 1: The Early Years (1963-1967).”

“I played it for my piano teacher, who slapped me across the wrist with a ruler for playing by ear,” Mitchell, now 76, continues. “She said, ‘Why would you play by ear when you can have the masters under your fingers?’”

The young Joan Anderson retorted, “Well, the masters had to play by ear to come up with that stuff.” That was her last piano lesson. She realized, “I didn’t have any masters I wanted to follow.”

It would be more than a decade before she wrote her first “real” song, the folksy ballad “Day After Day.” But that defiant early moment began one of the most restlessly daring trajectories in popular music.

When she finally came into her powers, Mitchell would interrogate a question no less ambitious than what it meant to live freely as a human unbound by the demands of tradition and convention — whether as a woman seeking sexual and professional equanimity in a man’s world; an artist expressing her true self in a trend-crazed and increasingly corporate music industry; or a child of nature worried that modernity was taking us too far from the garden.

A strident perfectionist and curator of her art, Mitchell has in the past been dismissive of her earliest music, calling it the work of a “competent mimic” and even “a squeaky girl on helium.” But revisiting some of these archival recordings and performances made her “forgive” her beginnings, she says in the liner notes. Now, this five-disc collection culled from the years before her 1968 debut album, “Song to a Seagull,” maps the precise topography of the cliff from which Mitchell leapt and took flight.

In the early 1960s, when Joan Anderson was a neatly coifed Canadian art student, the folk revival was in full swing, but most musicians still performed traditional songs, like the ones Harry Smith collected on his influential 1952 “Anthology of American Folk Music.” In keeping with the times, the first disc finds a 19-year-old Mitchell covering old murder ballads (“John Hardy”) and Woody Guthrie-approved miners’ laments (“Dark as a Dungeon”). She didn’t yet have her own guitar, so she played a four-string baritone ukulele.

At the time of the collection’s earliest live performance, though, in October 1964, she had a secret: She was pregnant with a friend’s child. Free in that way that only men can be, the friend split for California (“hearing that everything was warmer there”); Joni stayed and gave birth alone in the frigid Canadian winter. “So I entered the bad girls’ trail,” she recalls in the 2003 documentary “Joni Mitchell: Woman of Heart and Mind.” But she has also equated this supposed fallenness with the arrival of her songs, which, after putting her newborn daughter up for adoption, began to pour out of her as a kind of postlapsarian poetry. “I think I started writing to develop my own private world,” she says in the film, “and also because I was disturbed.”

What we hear in Mitchell’s first original compositions, though, is something brighter: The palpable joy of creation. “This is a very new song, and I’ve been driving everybody crazy by playing it twice and three times a night,” she told the disc jockey Gene Shay in March 1967, before playing a song she wrote three days prior: “Both Sides, Now.” No one was rapping her wrist with a ruler anymore. She was her own kind of free.

Cultural context emerges in the collection’s banter with audiences, D.J.s and interviewers. Even in the mid-60s, singer-songwriters (let alone female ones) were still so rare that Shay, and most other commentators, make a point of telling listeners with awe that Mitchell also wrote the songs she’s singing. “What shall I call you?” Shay muses to the flaxen-haired novelty sitting beside him, in a recording of his Philadelphia radio show “Folklore” included in the collection. “An authoress?” She offers an alternative: “Composer.”

Too often, mistakenly, artistic maturity is conflated with self-seriousness. What marks the evolution of Mitchell’s songwriting, though, is the gradual emergence of lightness, fluidity, even bawdy humor. Mitchell rapidly outgrew the stereotype of the forlorn folkie, because in order to fully capture the flickering sensual experience of being alive she knew she needed to express more varied emotions than just despair. So, in early songs like “Dr. Junk” and “What’s the Story Mr. Blue,” she drew from the fleet-footed rhythms and strumming patterns of Chuck Berry and Bo Diddley, anticipating tempos she’d chase further on “Blue” (1971) and “Court and Spark” (1974).

Her vocal stylings had to catch up to the new songs she was composing, too. “I used to be a breathy little soprano,” Mitchell told Rolling Stone in 1969. “Then one day I found I could sing low. At first I thought I had lost my voice forever. I could either sing a breathy high part or a raspy low part. Then the two came together by themselves. It was uncomfortable for a while, but I worked on it, and now I’ve got this voice.”

This purposeful expansion and even de-gendering of her vocal range is perhaps the most remarkable transformation across these discs. That “raspy low part” fully emerges on a May 1967 tape Mitchell subtitled “A Record of My Changes.” A few months prior, she had ended her brief first marriage to Chuck Mitchell, and with it their relatively anodyne duo Chuck & Joni. (He does not appear on any of the material in this collection.) In cultivating a deeper chest voice to complement that airy soprano, Joni suddenly didn’t need a man to harmonize with. As a solo artist, the contradictions within herself could now join to sing their own intimate duets. 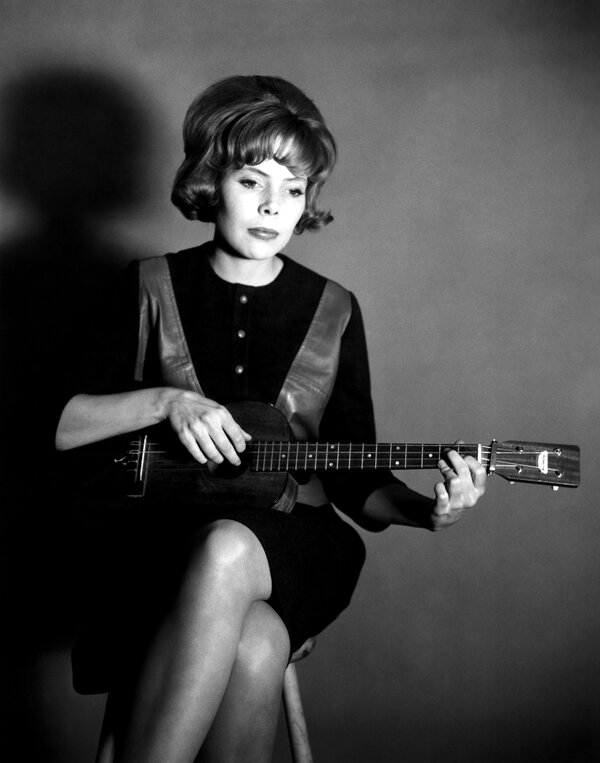 “You know, if you sing it pretty, like a lot of people that cover my songs will sing it pretty, it’s going to fall flat,” she reflects in the liner notes. “You have to bring more to it than that.” A beautiful woman (as she’s identified, tirelessly, by industry men in the collection’s newspaper clippings and audio snippets) insisting that there was much more to her than just beauty was its own kind of subversion. So over these four years of remarkable artistic growth, we can also hear the thrill of a woman shrugging off the shackles of affably feminine likability and politeness. In the liner notes, she quotes — of all spiritual gurus — the mantra of Thumper from “Bambi”: “If you can’t say anything nice, don’t say anything at all.”

“That was my philosophy for a long time as a young person,” Mitchell adds, “however, I lost Thumper’s guidance as I grew older.”

A thorough but imposing six hours of material, this collection is less about any specific unearthed gem than the larger transformation it charts. The final disc, featuring three consecutive live sets from October 1967, showcases a performer with lifetimes’ more wisdom than the happy-to-be-here ingénue of 1963.

Its most breathtaking moment comes when she plays an early arrangement of “Little Green,” the candid ode to the daughter she’d put up for adoption. (Here, unlike the version that later appeared on “Blue,” she sings her daughter’s name in a rich, yearning wail: “Kelly green.”) Just four years earlier, Mitchell could hardly tell a soul the secrets of her inner world; now, for strangers, she’s singing the song of herself with arresting candor.

Or maybe, in the vulnerable exchange of these songs she’s learned to craft, there’s no such thing as a stranger. “I write it with the optimism that people will be able to see themselves in it,” she says in the liner notes. “Therefore, we have a common experience. But that’s the only way I can justify writing as intimately as I do. I think it’s only human, and then other humans will feel this.”