“Anyone who says their constituents don’t care about this issue isn’t listening.” 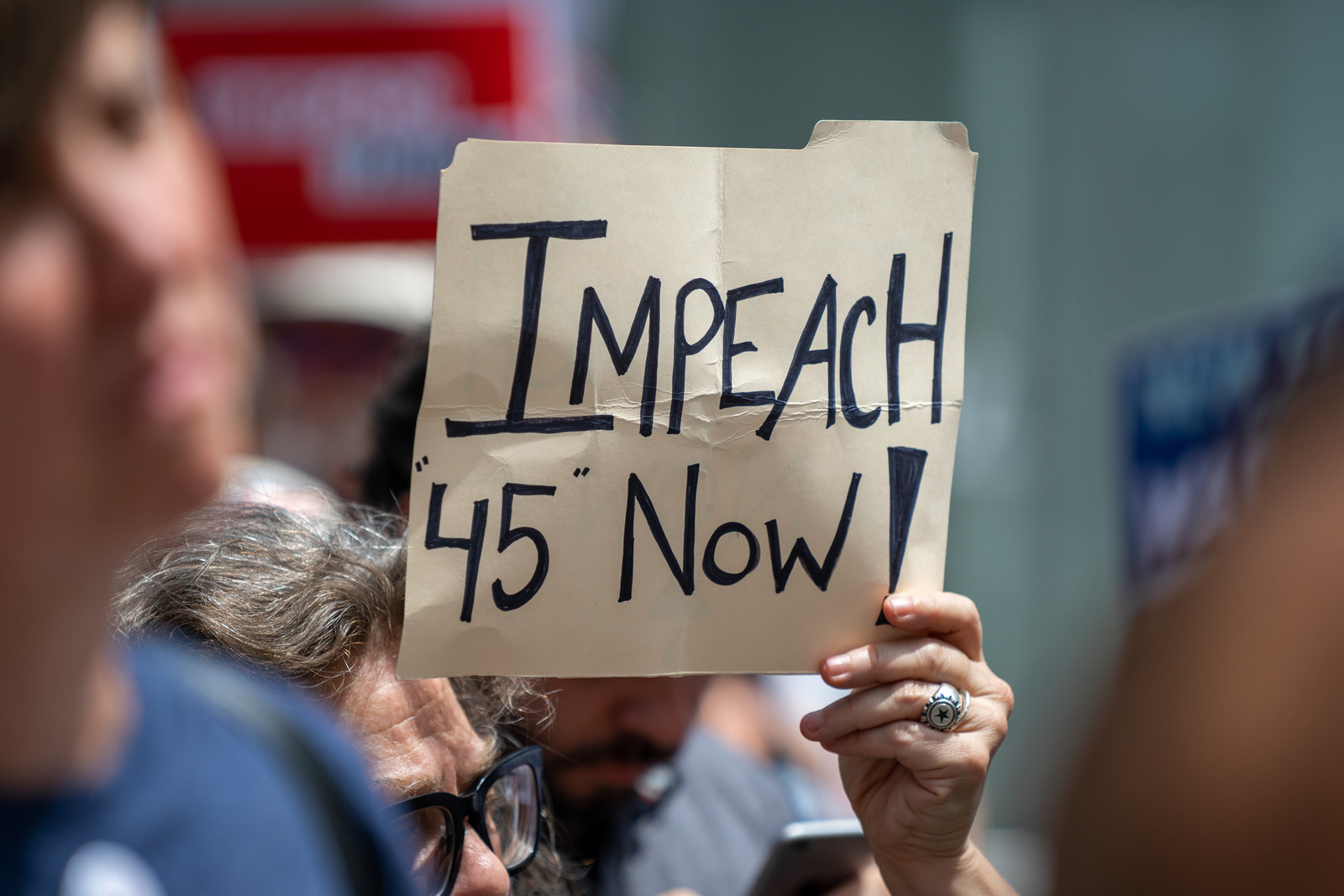 WASHINGTON — Four national progressive groups are launching a new campaign to put pressure House Democrats during their August recess to impeach President Donald Trump, just days after Democratic leadership encouraged the caucus not to talk about the president while home in their districts.

The groups — Indivisible, MoveOn, Need to Impeach, and Stand Up America — told BuzzFeed News exclusively that the joint campaign will focus on members of House leadership and Judiciary Committee members who don’t yet support an inquiry — including committee chair Jerry Nadler — though they hope to connect volunteers with every member of Congress, including Republicans, to talk about the issue.

“Anyone who says their constituents don’t care about this issue isn’t listening,” Sean Eldridge, the founder and president of Stand Up America, said in an interview with BuzzFeed News ahead of the launch. “People understand that no one should be above the law in this country. If any other American obstructed justice as Donald Trump did, they would be in jail.”

As part of the campaign, the coalition has launched a website called ImpeachmentAugust.org, which leaders say they hope will give people in districts across the country the tools to organize events of their own, including visits to congressional offices and approaching members in public. They also hope to help constituents find Democrats’ town halls in their districts and educate voters about where their representatives stand on opening an inquiry.

A number of the party’s most electorally vulnerable members, known as “frontliners,” have also come out in support of an impeachment inquiry, including Rep. Tom Malinowski of New Jersey and California Reps. Katie Porter, Mike Levin, and Harley Rouda.

Pushing other frontliners and more moderate members to join their colleagues in support of impeachment is another priority for the progressive groups during recess, an Indivisible organizer told BuzzFeed News, but they also plan to press Republicans and Democrats in safely blue districts who they believe should be more vocal about impeachment.

Ahead of the six-week August recess, Pelosi told her members to focus on the party’s “For the People” agenda while they are home in their districts, including health care, drug pricing, and infrastructure issues. “We cannot get distracted by whatever outrageous behavior is coming out of 1600 Pennsylvania Ave,” she wrote in a letter, according to Politico.

Eldridge said it was a mistake to “ignore criminal conduct in the highest office in our country. Doing nothing in this moment will only enable Donald Trump to break the law more.”

In the last two months, the groups told BuzzFeed News, volunteers with Stand Up America have made 80,000 calls to members in support of impeachment, including 8,000 to Democrats who don’t support opening an inquiry on the day following Mueller’s testimony on the Hill.

Despite growing calls from her own caucus — including many who say constituent support pushed them to support an inquiry — Pelosi and her allies have often argued that voters don’t consider impeachment a priority.

“I can tell you I never hear somebody bring up the Mueller report,” Democratic National Campaign Committee chair Rep. Cheri Bustos said of voters in her district during an appearance at the City Club of Chicago in the spring.

And less than two months ago, Pelosi argued that the party was “not even close” to having a majority in support of impeachment. “It’s not even close in our caucus. Why are we speculating on hypotheticals?” she said in an interview with CNN.

Additionally, she argued, impeachment would alienate too many voters. “There is nothing as divisive in our country, in my view, as impeachment,” she said. “So we’re trying to make decisions as we go forth that are unifying, not dividing.”

That’s an idea that infuriates many liberal activists.

“The Democratic House leadership may not care what we think about impeachment, but our representatives do, and August recess is everyone’s opportunity to pressure them to take action,” Ezra Levin, the co-executive director of Indivisible, said in a statement shared with BuzzFeed News. “There is more than enough evidence for impeachment, and it’s time for Democrats to do what is right.”