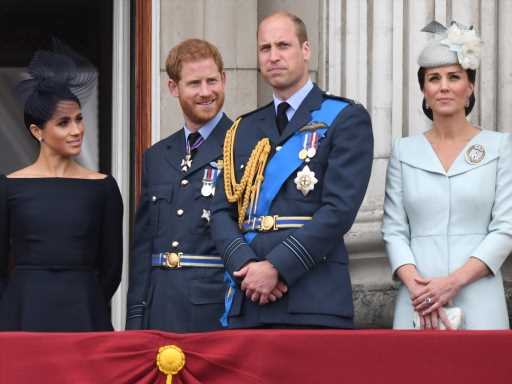 The “Fab Four” reunion after Queen Elizabeth II’s death had many royal watchers hoping that Prince William and Kate Middleton would find a way to meet up with Prince Harry and Meghan Markle on American soil. The two couples are going to be so close to each other on the East Coast, but it seems that everyone is booked and busy.

It’s already been established that the Prince and Princess of Wales consider this Boston trip for the Earthshot Prize Awards their “Super Bowl moment,” and they want to stay laser focused. That means no distractions that might take away from their opportunity to keep the royal family relevant. While Kate and William are “excited” about heading to the U.S., they “won’t cross paths” with Meghan and Harry, who will be close by in New York City, according to an Entertainment Tonight source.

That decision to avoid a royal reunion is going to play out in the press because fans were hoping to see the four of them back together, but this time in the U.S. The palace likely made a PR decision to keep Kate and William’s schedule busy because they have no idea what Harry and Meghan’s upcoming Netflix docuseries, which premieres Dec. 8, will say about them. It’s one way to avoid any awkward conversations.

Royal expert Katie Nicholl understands that “everyone wants to see a repair in the rift,” but she doesn’t see forgiveness happening anytime soon. “William simply cannot forgive Harry. Not just for leaving, but for how he left,” she explained. That could be another reason why we won’t see the “Fab Four” enjoying a cup of hot chocolate and breaking bread among the pretty Christmas lights of NYC or Boston. The couples are on the East Coast for work and nothing else.

Click here to see a complete timeline of Prince Harry and Meghan Markle’s feud with the royal family. 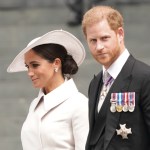