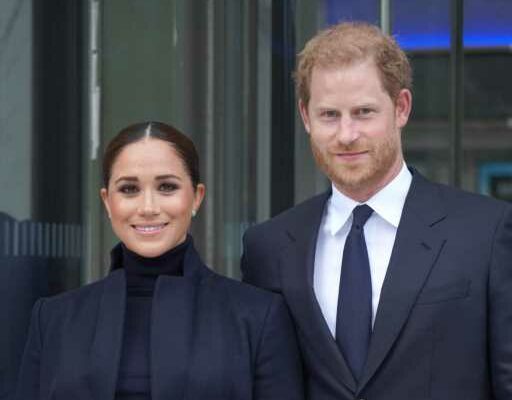 Prince Harry and Meghan Markle have lived in a bubble of protection from tabloid gossip since they left their senior royal roles behind. They could have settled in Los Angeles, but they chose a more private enclave, Montecito, about 90 minutes north of the city. The couple has been free to live their lives with relative privacy, especially since plenty of other A-listers reside in the area.

However, those days might be coming to end now that sources are dishing about the duo’s daily life in their seaside town — and not all of it is flattering. A source is telling Closer magazine that the locals have nicknamed Meghan, “The Princess of Montecito.” The insider appears to be someone with knowledge of her regular activities, which is somewhat frightening since it feels like the information is coming from somewhere who works with the couple. “There’s a lot more going on in Meghan’s world than people think, she just keeps it very private these days, but her royal status gives her a lot of leverage,” they said. “She spends most of her time in Montecito, but she heads into LA every week or so.”

The source revels in making Meghan look like a spoiled brat who is busy with her work while Harry is rushing home to be with their kids, Archie, and Lilibet, because “he doesn’t like leaving them with nannies.” You can almost see the fingerprints of the British tabloids all over the article because they’ve found a U.S. source who is willing to paint Meghan in a negative light. They make her look like a blindly ambitious woman, who is more interested in dining at five-star restaurants in Beverly Hills and hanging “at Oprah’s palatial house, where they kick back with her closest friend, Gayle King, and talk about everything from Meghan’s future plans to what’s going on back in the UK and how Harry’s coping with everything.”

They even go on to make it look like poor Harry was dragged to the West Coast, away from his royal duties, by his wife. In reality, the Duke of Sussex had longed for an exit before Meghan ever entered his life. The couple has been warmly welcomed in the U.S., but this article makes it feel like the party might be winding down.

Before you go, click here to see the craziest conspiracy theories Meghan Markle has faced since becoming a royal.