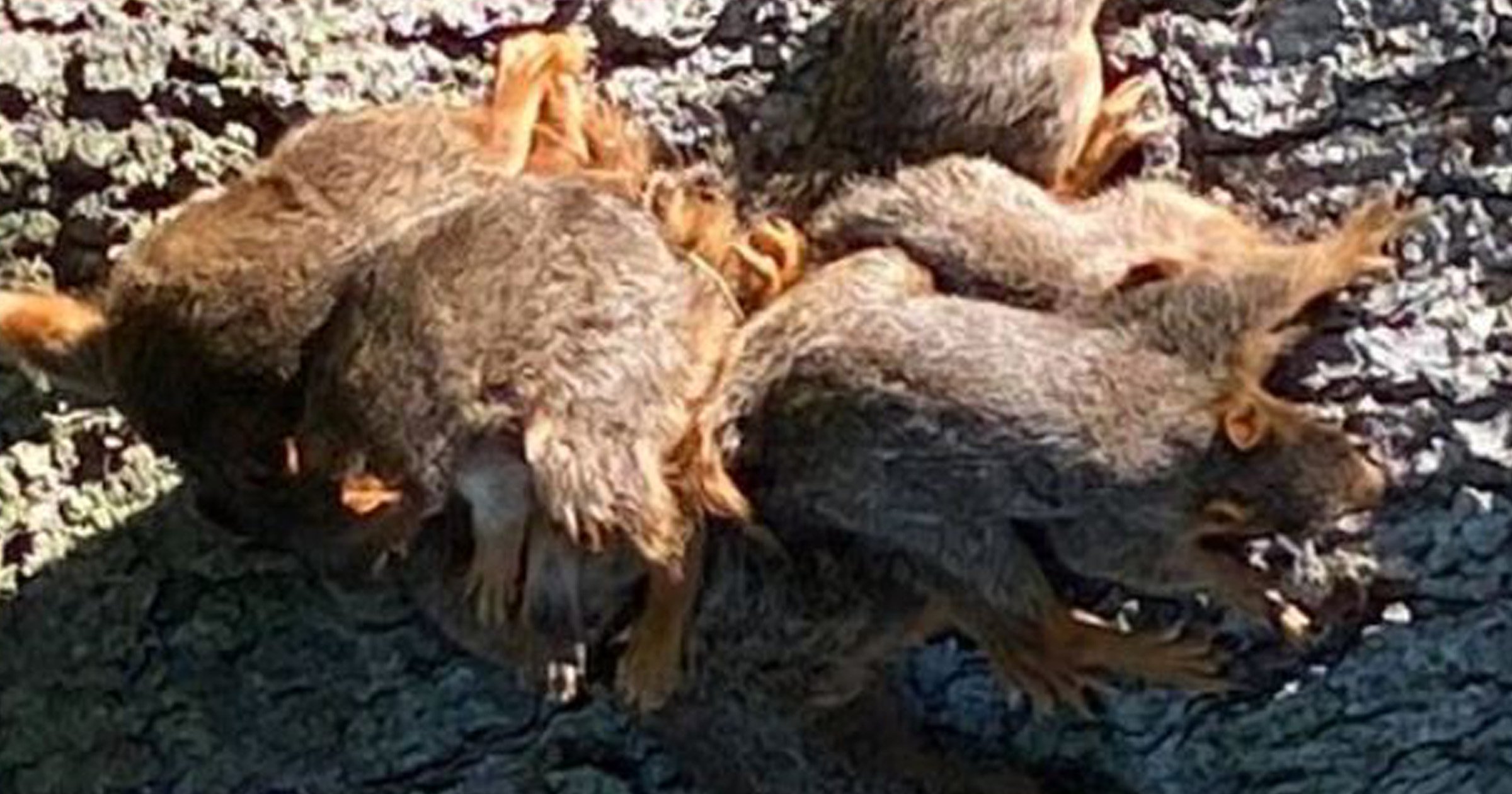 Police racing out to detangle seven baby squirrels tied together by their tails sure does sound a bit nuts.

But that’s exactly what officers in Michigan did after a 911 call last Friday.

Cops found a ‘scurry of young squirrels’ at the base of a tree after rushing to the scene in Grand Blanc.

Pictures show the animals dangerously fused together after they became stuck shortly after birth.

They grew so big, their nest could no longer hold them and fell to the ground.

Cops said they separated the seven ‘under the watchful eye of mama squirrel’.

They wrote: ‘SQUIRREL!!! Takes on a whole new meaning for officers. 911 received a call of 7 squirrels, who were tied together by their tails.

‘Sure enough a scurry of young squirrels were found at the base of a tree, in the 2100 block of Russell St.

‘It appears they became entangled while in their nest and finally grew to a point the nest couldn’t hold them.

‘Under the watchful eye of mama squirrel, officers with the help of a citizen were able to separate all seven kits.

‘Their tails will need a little time to fill back in, but they are safe. Great team effort! #squirrelpower #crazybuttrue’.

Locals in Grand Blanc have praised officers for helping the squirrels.

A woman named Barbara said it was ‘one of the most bizarre things I’ve ever heard of’.

She added: ‘That is truly amazing!! Bless the wonderful Officers and neighbors that saved these babies lives, for they would have perished for sure.’