Plácido Domingo, among the biggest and most powerful stars in opera, was accused of decades of sexual harassment in an article published Tuesday by The Associated Press. The article reported the allegations of multiple women who said Mr. Domingo pressured them into sexual relationships with the offer of jobs and sometimes punished them professionally if they refused his advances.

The news agency said that eight singers and a dancer had given accounts of being harassed by Mr. Domingo in a series of encounters beginning in the late 1980s. Seven of them said that they felt their careers were harmed after they rebuffed him.

Late Tuesday morning, the Philadelphia Orchestra announced it had withdrawn its invitation to Mr. Domingo to sing at its opening-night gala next month under the baton of its music director, Yannick Nézet-Séguin, who is also the music director of the Metropolitan Opera.

“We are committed to providing a safe, supportive, respectful and appropriate environment for the orchestra and staff, for collaborating artists and composers, and for our audiences and communities,” the orchestra said in a statement.

Mr. Domingo, 78, said in a statement that “the allegations from these unnamed individuals dating back as many as 30 years are deeply troubling, and as presented, inaccurate,” but added that “it is painful to hear that I may have upset anyone or made them feel uncomfortable — no matter how long ago and despite my best intentions.”

He added that “the rules and standards by which we are — and should be — measured against today are very different than they were in the past” and pledged to hold himself “to the highest standards.”

Mr. Domingo occupies a unique position in the opera world. After shooting to fame as a star tenor — and then reaching a far broader global audience as one of the Three Tenors, alongside Luciano Pavarotti and José Carreras — he also became a conductor; founded the prestigious young artist competition Operalia; and began adding managerial positions, becoming the general director of Washington National Opera and then the Los Angeles Opera, a position he still holds. He also continues to have a prolific singing career in baritone roles.

These varied activities have made him one of the most influential figures in opera.

The women who spoke to The A.P., all but one of whom were quoted anonymously, said that Mr. Domingo had used his power to pursue them sexually — calling them repeatedly and making dates, often under the guise of offering professional advice. One accuser told the news agency that Mr. Domingo had stuck his hand down her skirt, and three others said that he had forced wet kisses on their lips, in a dressing room, a hotel room and at a lunch meeting.

One singer told the news agency that Mr. Domingo had repeatedly propositioned her at the Los Angeles Opera in 1998, the year the company announced that he would become its artistic director, eventually taking her to his apartment for what she described as “heavy petting” and “groping.”

She told the news agency she eventually told him to stop calling her, adding that she was never hired again in Los Angeles after Mr. Domingo got power over casting.

Patricia Wulf, the only accuser named in the A.P. article, told The New York Times in a telephone interview that her experiences with Mr. Domingo also dated to 1998, when she appeared with Washington National Opera, where he was then general director, in “The Magic Flute.”

When Ms. Wulf left the stage during one rehearsal, she said, Mr. Domingo was waiting for her in the wings. He came up to her, she recalled, and said, “Patricia, do you have to go home tonight?”

Ms. Wulf said she laughed, thinking it was a joke, but later the situation repeated itself. “I remember thinking, ‘That is not acceptable,” she said.

Mr. Domingo did not inappropriately touch her, Ms. Wulf said, but he made her so uncomfortable that she hid in her dressing room and asked a colleague to walk her to her car so she did not have to risk encountering him. She said she did not report Mr. Domingo’s behavior because she felt that doing so would damage her career.

She said she kept saying no to Mr. Domingo until he stopped, about two and a half years later.

In his statement, which was initially made to The A.P. and later sent to The Times, Mr. Domingo said that he believed all his encounters were consensual.

“I believed that all of my interactions and relationships were always welcomed and consensual,” said Mr. Domingo, who has been married for more than 50 years. “People who know me or who have worked with me know that I am not someone who would intentionally harm, offend, or embarrass anyone.”

At the Salzburg Festival in Austria, where Mr. Domingo is scheduled to sing in concert performances of Verdi’s “Luisa Miller” this month, Helga Rabl-Stadler, the festival’s president, said that he would perform as planned.

“I have known Plácido Domingo for more than 25 years,’’ Ms. Rabl-Stadler said in a statement. “In addition to his artistic competence, I was impressed from the very beginning by his appreciative treatment of all festival employees. He knows every name, from the concierge to the secretary; he never fails to thank anyone performing even the smallest service for him. Had the accusations against him been voiced inside the Festspielhaus in Salzburg, I am sure I would have heard of it.”

Joseph Volpe, the general manager of the Met from 1990 to 2006, also said that he had never heard any allegations against Mr. Domingo. “I’ve known Plácido since he made his debut at the Met in 1968, and there was never, ever a complaint made against him about sexual harassment,” Mr. Volpe said in a telephone interview. “He’s such a gentleman, and so caring about people.”

Current officials at the Met and at Los Angeles Opera — Mr. Domingo is scheduled to perform with both companies this season — did not immediately respond to emails seeking comment, nor did officials at Washington National Opera.

A spokesman for the Royal Opera House in London did not respond to questions about whether Mr. Domingo would perform there next year, as scheduled. The spokesman said in a statement that the company “has not been made aware of any accusations pertaining to Plácido Domingo’s time as a visiting artist or conductor. However, we have a zero-tolerance policy toward harassment of any kind.” 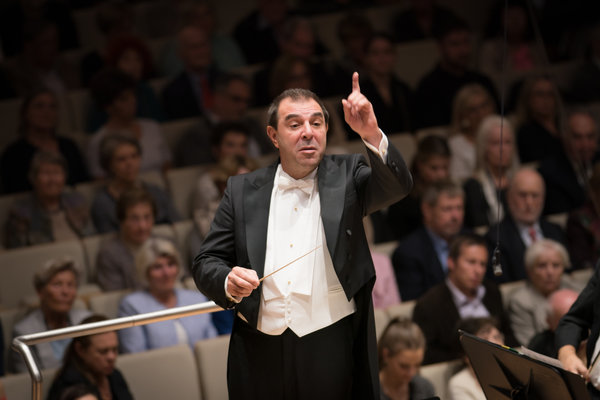 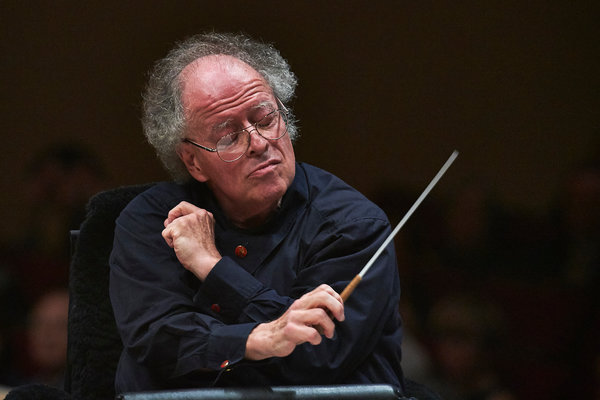 Alex Marshall is a European culture reporter, based in London. @alexmarshall81