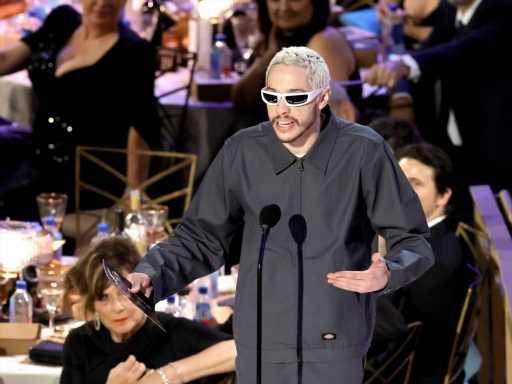 The feud between Pete Davidson and Kanye West doesn’t seem to be over, even though the comedian is no longer dating Kim Kardashian. With the former Saturday Night Live star dropping by Monday night’s Emmys as a presenter, his choice of wardrobe was the talk of Twitter.

Davidson’s selection of a Dickies jacket and pants was definitely a choice because it seemed to troll the same outfit Kanye wore at the Met Gala in 2019 when his date was… you guessed it, Kim. There seems to be no love lost between the two men, who bickered privately via text, and again, publicly, when Kanye took the beef to his social media pages calling Pete, “Skete.” It’s immature and childish, but it’s hard not to laugh at Davidson’s level of petty — he knew fans would notice. 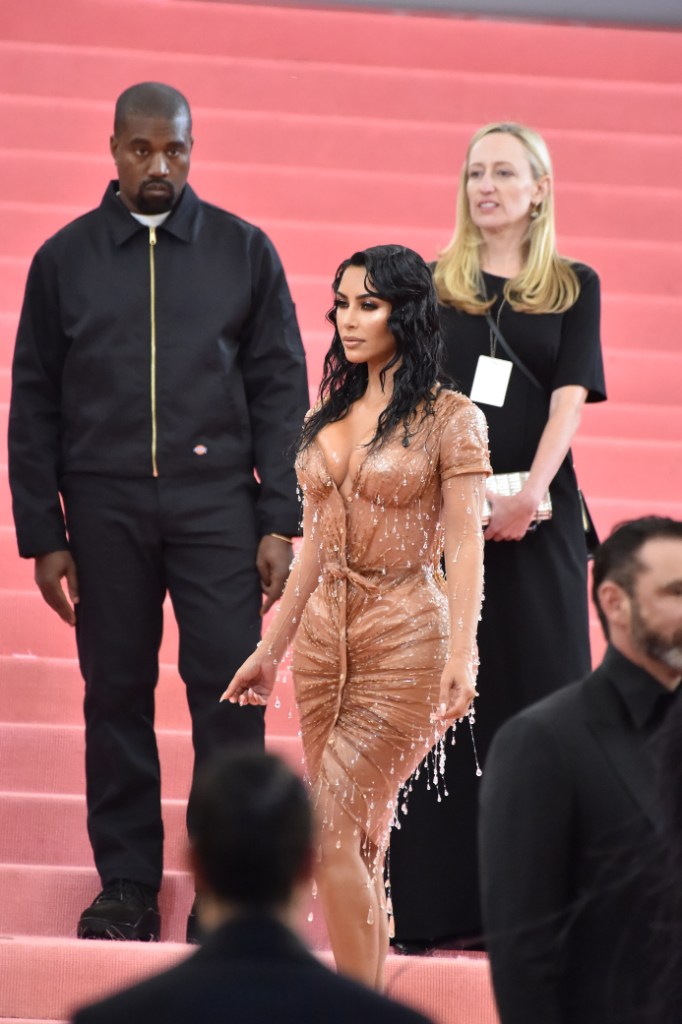 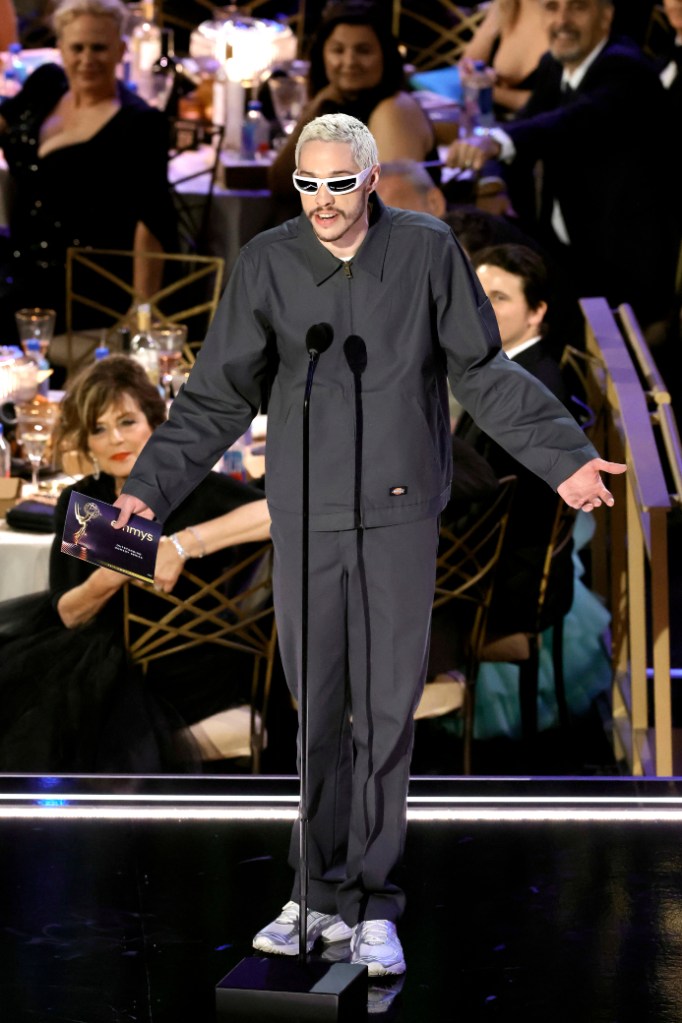 Kanye has yet to react, but it’s curious that Pete would want to continue the feud after he and Kim called it quits — and he’s talked about the trauma the Yeezy founder caused. However, both men seem to want to have the last word in the Kim battle while she’s going about her business and not worrying about either of them at all.

Before you go, click here to see all the best-dressed celebrities at the 2022 Emmys: 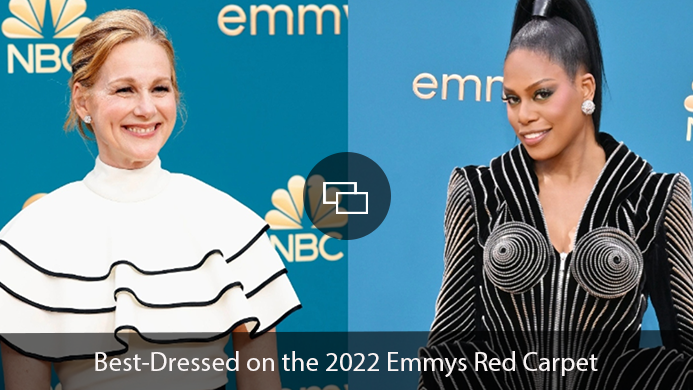