In the early 1980s, a blind woman stood in her San Francisco apartment with one hand in a bowl of water and the other holding a microphone, recording the burbling sound as she stirred and splashed.

“It’s a wonder I didn’t kill myself,” she joked years later.

The woman was Pauline Anna Strom, and her beguiling homemade synthesizer recordings were prized by aficionados of electronic music. The water sounds went into one of her first compositions, which appeared on her debut recording, “Trans-Millenia Consort” (1982).

Ms. Strom died on Dec. 13 at her home in San Francisco, two months before her first new music in 30 years was to be released. She was 74.

Matt Werth, the founder of her record label, RVNG Intl., announced the death. He did not specify the cause.

Ms. Strom, who was blind from birth, found in synthesizers a way to create compositions that reflected her complex internal landscape, one that was not confined to the present but roamed freely through time and emotions.

“I consider myself the ‘Trans-Millenia Consort,’” she wrote in the liner notes to that recording, “by which title I wish to be known. This to me is a personal declaration that I have been in previous lives, that I am in this life, and that I shall in future lives be a musical consort to time.”

“Trans-Millenia Consort,” which Ms. Strom recorded on her own equipment at her home in San Francisco and which was issued in a limited release on vinyl and cassette in 1982, was followed by six more recordings, the last released in 1988. In 2017 a broader audience discovered Ms. Strom when Mr. Werth’s label released “Trans-Millenia Music,” a compilation of pieces from those 1980s efforts.

“’Trans-Millenia Music’ captures an artist expressing herself freely and without fear or hesitation,” Daniel Martin-McCormick wrote in a review for Pitchfork, “and it makes good on its title. Work like this may fade into obscurity, but it remains fresh to all who seek it out, still vibrant and pulsing with energy in any age — new or otherwise.”

Mr. Werth said his label will release a new recording, “Angel Tears in Sunlight,” on Feb 19.

Ms. Strom did not dwell on her blindness (“The blindness to me is a nuisance more than anything,” she once said), although mastering her synthesizers was a process of experimentation, since in the 1980s, when the instruments were relatively new, there were no users’ manuals for the blind. Ultimately, she thought, her lack of sight enhanced her music.

“My hearing and inner visualization have, I feel, developed to a higher level than perhaps they would have otherwise,” she told the publication Eurock in a rare early-career interview in 1986. “And it doesn’t affect my abilities from a technical standpoint, either. It’s quite possible to program synthesizers, effects units, accurately record one’s work and handle a mixer. I do this all by sound.”

“In fact,” she added, “I rather like working in the dark.”

Pauline Anna Tuell was born on Oct. 1, 1946, in Baton Rouge, La., to Paul and Marjorie (Landry) Tuell. She grew up in Kentucky in a Roman Catholic household and said that chants and other types of church music influenced her musical ideas, but that so did the works of Bach, Chopin and others.

She was married twice, to Bob Strom and then to Kevin Bierl, but the dates of those marriages and how they ended are, like many details of her life, hard to come by. She moved to San Francisco when her husband — it is unclear which — was stationed there while in the military. Reclusive by nature, she lived in the same San Francisco apartment for decades. (“Thank God this city has rent control,” she told the website listentothis.info in 2018.)

Her early musical efforts included some do-it-yourself sound effects like those in “Emerald Pool,” but she gradually became more adept at creating whatever sound she wanted with the multiple synthesizers she accumulated. She was influenced by the work of the German band Tangerine Dream and the German composer Klaus Schulze, pioneers in electronic music.

“The spaciousness of it, the timeless quality, where it can be in any universal realm — that’s what captivated me,” she said. “It didn’t make you sad, it didn’t make you romantic. It was just driving, and it made you want to explore.” 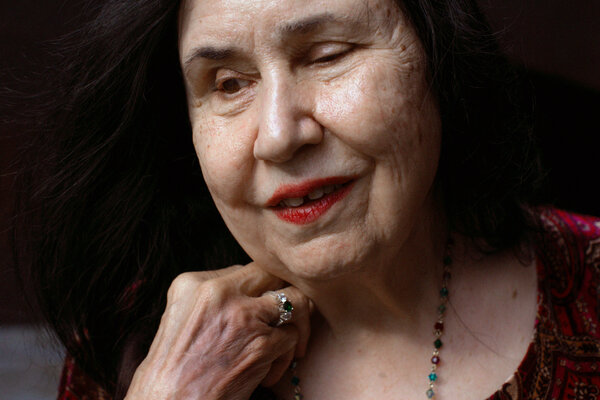 Ms. Strom’s music was sometimes classified as New Age, but she disliked the term and the people who identified with it.

“I think there’s a lot of phoniness in the New Age movement,” she said in a 2017 interview for the Red Bull Academy. “I can’t stand this. I’m a realist. I’m down to earth. I’m practical.”

When her 1980s music was rereleased in 2017, Ms. Strom was surprised at the burst of attention and the new fans.

“A friend of mine called me and said, ‘You’ve got 20,000 people out there that know you exist and liked your music,’” she recalled in the Red Bull interview, “and I said: ‘What? Why?’”