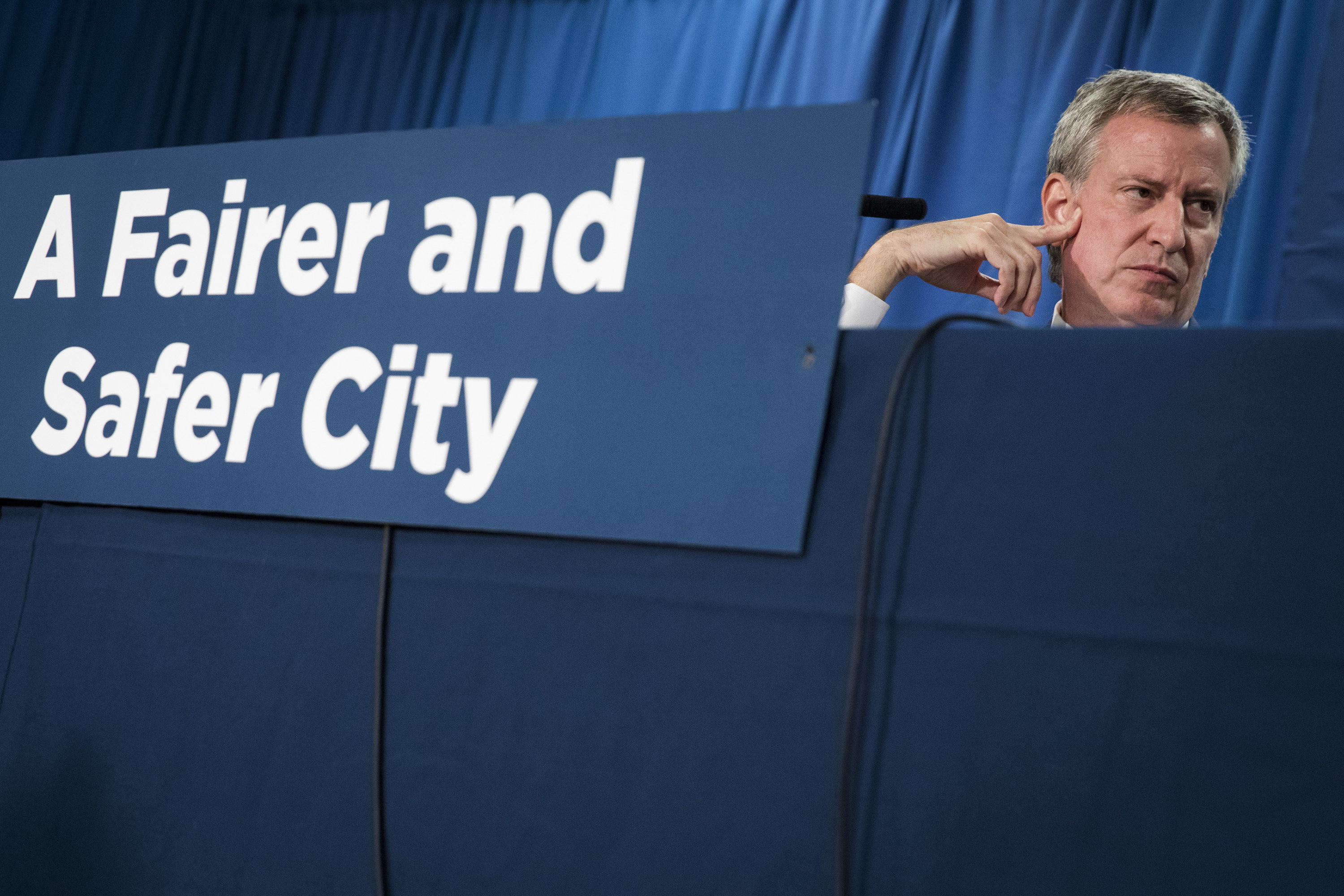 Mayor Bill de Blasio is back in New York City, and he has his work cut out for him. At the top of his to-do list should be reforming the NYPD’s deeply troubled Special Victims Division. Last week the division was rocked by news of an Internal Affairs investigation of high-ranking SVD commanders for misconduct. But that was just the latest in a long series of red flags warning that the NYPD has badly mishandled Special Victims.

In January, rape survivors sued the NYPD for “widespread mistreatment” of sexual assault survivors. In 2018, the New York City Department of Investigation released a damning report showing that the NYPD has understaffed its special victims unit, supplied it with inexperienced detectives, mistreated victims, and jeopardized prosecutions. And in the wake of that report, leading women’s rights advocates revealed they had repeatedly brought these problems to the attention of top NYPD officials, who failed to act.

As an attorney and advocate for sexual assault survivors, I witness the effects of this malfeasance on a daily basis. Rape survivors report sexual assaults out of a sense of responsibility, and all too often NYPD investigators meet them with hostile questions before a factual interview even begins. Many survivors offer police leads to evidence and witnesses, only to find that the witnesses are never interviewed and the evidence is never collected.

In one of my cases, a sexual assault survivor sat down for an interview with an SVD detective. His first question – before he knew the facts of the case – was: “so, how often have you cheated on your husband?”

That same detective failed to secure video that could have been highly useful at trial. He failed to interview witnesses who had seen the suspect before the crime; he never bothered to show them or the victim a photo array. He failed to seek forensic testing of physical evidence. Her case was never prosecuted, as prosecutors declared that there was insufficient evidence. A proper investigation could have changed that outcome.

For survivors, inappropriate questions and shoddy investigations compound the harm of rape. “I’m just realizing that he’s adding to my trauma here,” a sexual assault survivor texted me recently, after a conversation with an NYPD detective about her case. “I have a deeper sense of hopelessness about how society treats women now… and it’s not helping me heal from this.”

Not all detectives fit this mold. There are excellent detectives, and some have raised their own voices in concern. When the City Council held a hearing on SVD, a retired SVD detective traveled back to the city, on his own time and at his own expense, to tell the Council that SVD was impossibly short-staffed. The widely respected former commanding officer of SVD called urgently and repeatedly for more and better trained detectives; in response the NYPD removed him from his post in a move that was widely seen as retaliation for his insistent calls for reform.

In December, an accomplished SVD detective reported that a colleague had criminally groped her right in the squad room. Unbelievably, the alleged groper is still assigned to the Special Victims Division and investigating rape cases.

The NYPD has had every chance to heed the alarms raised by detectives, advocates, prosecutors, legislators, DOI investigators, and rape victims themselves. All have pointed to the same obvious solutions. Double the size of the SVD. Staff it with experienced and well-vetted detectives — not rookies and not individuals who embody rape culture. Take rape seriously and investigate it thoroughly.

The NYPD has failed to do any of this. True, it added a small number of new investigators this year, but they are too few in number and moreover are “white shields” – non-detectives with no investigative experience – who make frequent mistakes and pull experienced detectives away from their own work to coach them. The NYPD has also begun to replace the filthy and cramped facilities that house the SVD squads, but the new spaces are not being planned to accommodate enough detectives – thereby putting a literal ceiling on the SVD’s ability to add desperately needed additional staff. These moves cannot even be called a good start.

It is time for Mayor deBlasio to act. This is a civil rights issue, as sexual assault disproportionately affects women, LGBTQ individuals, the disabled, communities of color, and other underserved groups; the systematic mishandling of these cases denies us equal protection under the law. As a progressive, the mayor should be appalled by this injustice.

It’s also a public safety crisis. A high number of rapists are recidivists, and the failure to investigate rape aggressively and expertly means that more rapists will remain free to strike again.

If Mayor de Blasio does not act now, it will be a permanent stain on his legacy, as well as on Police Commissioner James O’Neill’s: that they allowed a dysfunctional Special Victims Division to go uncorrected. The mayor’s return to New York City is welcome, but now he must demand his police commissioner deliver a properly staffed, properly trained, properly supervised Special Victims Division that gives sexual assault survivors the justice they deserve.

Jane Manning is director of the Women’s Equal Justice Project and a former sex crimes prosecutor.