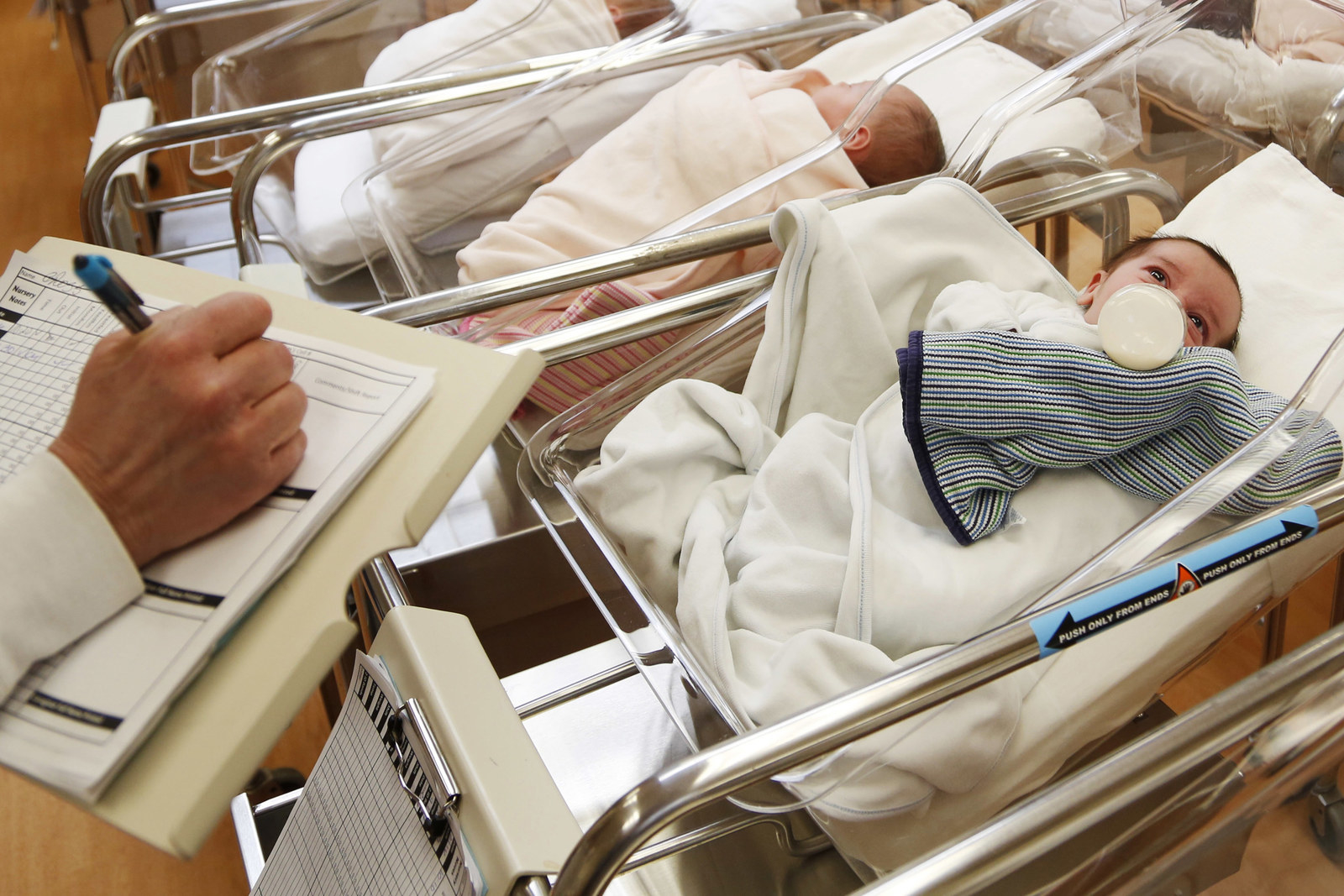 Newborn babies in the nursery of a postpartum recovery center in upstate New York this May.

Even though feminists believe in choice and bodily autonomy — that women have the right to make their own reproductive decisions, including whether to continue or terminate a pregnancy — there’s one bodily choice many feminists are hesitant to endorse.

Gestational surrogacy, in which a woman carries and births someone else’s baby, is still banned in a few states, including New York. Just last month, a bill to legalize surrogacy in New York was attacked by feminist icon Gloria Steinem, who argued that surrogates are manipulated, poverty-stricken victims who rent their wombs and, thus, cede control of their bodies.

Anti-surrogacy arguments like this are rooted in a deep misunderstanding about how the surrogacy process actually works in the US, and slippery notions about choice. Pro-choice doesn’t mean sometimes-pro-choice, and if a woman is capable of deciding whether to have her own child, she is equally capable of deciding to carry a baby for someone else. It’s paternalistic and insulting to assume that once a woman’s nether regions are involved in a decision, she’ll be duped.

It’s worth noting here that I am what’s called an Intended Parent — someone trying to become a parent via surrogacy. After years of failing to get pregnant, doctors said my last option was surrogacy. I have embryos, made with my eggs, but my uterus won’t cooperate. I know the surrogacy world very well, have written about the topic, and interviewed dozens of surrogates across the US.

Along the way, I’ve encountered a slew of misconceptions about Intended Parents like me — that we’re all rich, or that we’re lazy and just don’t want to be pregnant. There are just as many negative myths about surrogates; they’re equally damaging and wrong, and often believed by people who are otherwise supportive of women’s bodily autonomy.

One such myth is that surrogates in the US are financially desperate, doing it to eke out a living. This is simply incorrect. To qualify as a surrogate in the US, a woman must be financially stable. Surrogacy agencies, reproductive lawyers, and medical and mental health professionals follow strict guidelines when evaluating prospective candidates. Pay stubs are looked at, incomes verified, and she can’t be on government assistance. The compensation a surrogate receives must be a “nice to have,” not a means to survive or put food on the table. Surrogates are stay-at-home moms, nurses, six-figure business owners, and everything in between. Some even earn higher salaries than Intended Parents. The caricature of a desperate woman sacrificing her humanity and uterus to make ends meet is not reality.

While financial gain is indeed a motivation for many surrogates, so is altruism. In general, surrogates have a strong drive to help others. Many witnessed friends or relatives battle infertility. Others want to make it possible for gay couples to have biological children. Some Christians see surrogacy as part of their calling. In surrogacy, altruism and financial gain can, and do, co-exist. As one surrogate told me, “I didn’t know money was involved at first. Once I found out I could get paid to carry, it solidified my decision because I could help another family while helping my own.”

Another myth, put forth by Steinem and others, is that surrogacy undermines women’s control over their bodies and puts them at the “emotional mercy” of Intended Parents. In the US, surrogates’ control is built into a legally rigorous process. Contracts are required between surrogates and Intended Parents, with separate attorneys for each party, paid for by the Intended Parents. The contract allows a surrogate to determine details like how many embryos she’s willing to transfer into her uterus, if she’s willing to terminate the pregnancy and under what conditions, and where and how, she’d like to give birth. Ultimately, the health of the surrogate is top priority. Surrogates I’ve talked to never felt manipulated, exploited, or did anything they didn’t want to. Instead they felt empowered and bestowed with great responsibility.

Most surrogates enjoy being pregnant. Many found that while they were done having their own children, they didn’t feel done being pregnant. One woman said, for her, being a surrogate was a bit selfish; she felt happier and healthier when pregnant, and surrogacy gave her nine months of it. Notions of “emotional mercy” also ignore the close, long-lasting relationships that can develop between surrogates and Intended Parents, as well as the intense joy and satisfaction surrogates often feel watching those new parents hold their baby for the first time.

No industry is perfect. And there are certainly problems with surrogacy in other countries. But, in the US, there is no rampant exploitation. The rare surrogacy that goes badly makes headlines, while the vast majority go delightfully, boringly well.

A comparison to arguments about sex work is instructive. Many progressive people realize that women should have the choice to engage in sex work. Of course there is abuse in that field, but not always, and the answer isn’t to stop an entire industry. Limiting choice is not a form of protection. Women have a right to engage in activities that involve their vaginas, for pay, just as they have the right to engage in activities, for pay, that do not involve their vaginas. We need a similar evolution in the way we think about surrogacy.

Obviously choice is a complicated concept and doesn’t exist in a vacuum outside socio-political-economic forces. But it’s clear that surrogacy is a women’s rights issue, at the heart of bodily autonomy and choice.

And as for that bill to legalize surrogacy in New York? It died, due to ignorance and outdated attitudes. Because of that, an anti-feminist, anti-autonomy and anti-choice law remains on the books.

Kelli Auerbach is a writer based in Los Angeles.