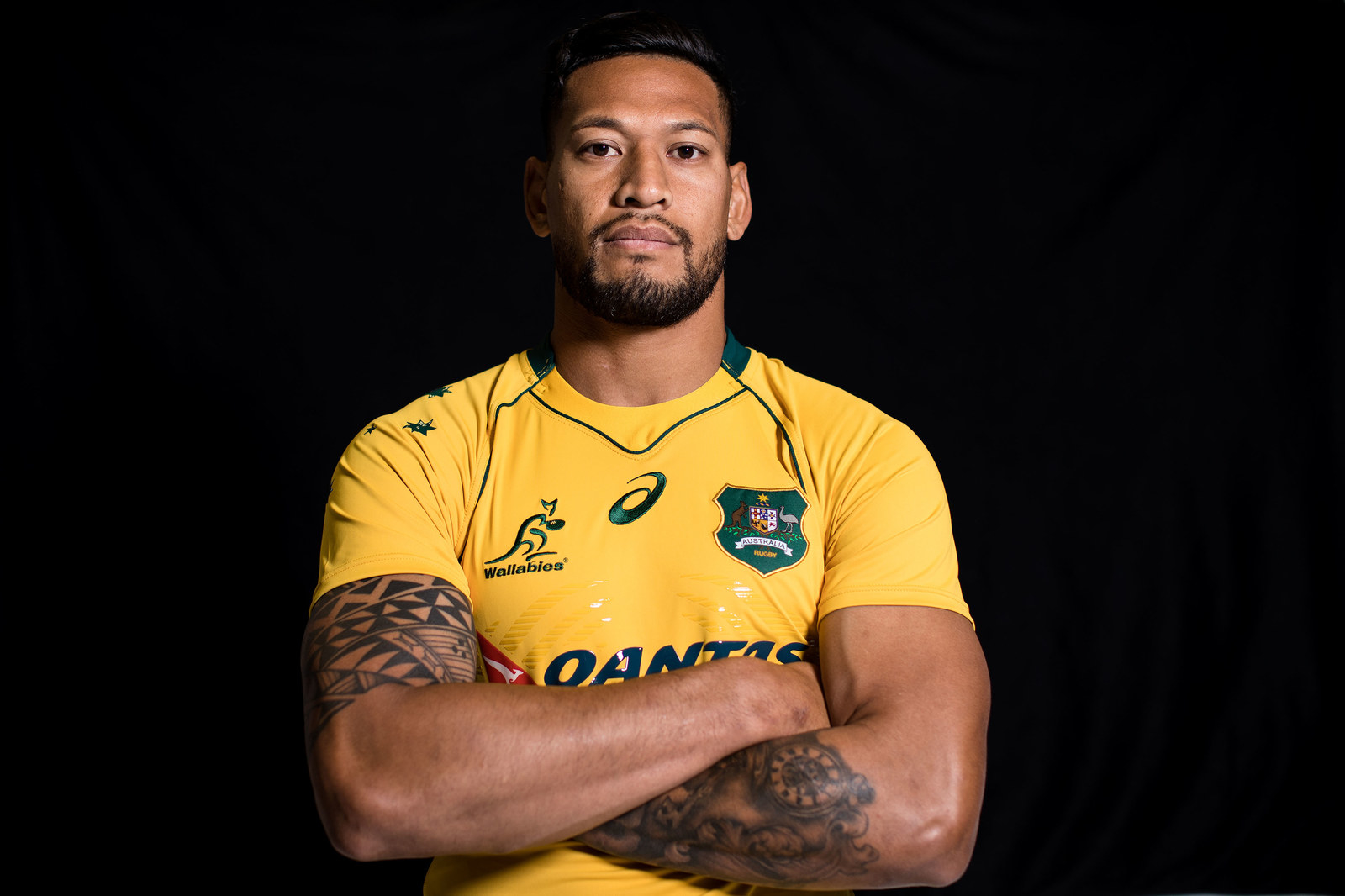 Would you like to know how many people, in a group of 10 randomly selected Australians, voted no to same-sex marriage? It’s three. Of every 10 people you encounter — on the street, in the pub, at the beach, in the doctor’s waiting room — roughly three voted no, five voted yes, and two did not vote.

I did this calculation in my head all the time in the wake of the postal survey. I would turn up the volume on my headphones and survey the passengers on my bus to work, wondering who the no voters were. What were their reasons? Did they have LGBTQ relatives or friends who knew which box they had ticked?

He was never on my bus, but among the 3 in 10 was Israel Folau: Australian rugby star, devout Christian, and serial biblical Instagram poster.

Since Folau was sacked, his views have been described by people on both sides of the debate as niche. Fringe. Extreme.

In fact, they are shared by some of Australia’s most revered institutions and powerful people.

Has everybody forgotten our protracted public debate about marriage, less than two years ago?

The conservative Sydney diocese of the Anglican Church distributed a booklet ahead of the postal survey titled What Has God Joined Together? (Hint: the answer rhymes with Adam and Steve.) It contains a section on questions your friends may ask, which include: “Why does God have such a problem with gays?”

The answer: “He really doesn’t. He does have a problem — and we see this throughout the Bible — with acts of sex outside of a man-woman marriage.” It goes on, like Folau, to quote the Bible.

The Catholic Church gave schoolchildren a booklet titled Don’t Mess With Marriage. It said same-sex marriage was “messing with kids”, and described gay relationships as “friendships”.

It also contained this sentence: “Christians believe that all people including those with same-sex attraction are called by God to live chastely and that, by God’s grace and the support of friends, they can and should grow in fulfilling God’s plan.”

It’s not quite hellfire and brimstone, but it doesn’t take a genius to figure out what that means.

Our evangelical prime minister Scott Morrison, who literally fled the chamber rather than vote in accordance with Australia’s “yes” to same-sex marriage, says he doesn’t think gay people are going to hell.

Does anybody really believe that?

And that’s before we get to Folau’s comments about transgender children.

I would say it was a joke that The Australian newspaper — an outlet that spent the best part of a year campaigning against the LGBTQ Safe Schools program — published an editorial describing Folau’s views as “niche, repellent and divisive”, except that it’s not funny at all.

Obviously not all Christians believe gay people are destined for hell, and there are growing theological differences about how to interpret the Bible when it comes to homosexuality. Also, I cannot read Scott Morrison’s mind.

But to deny that major Christian denominations, and many other major world religions, have not broadly taught that homosexuality is wrong — whether the desire itself or just the sex — is to deny reality. It is what it is.

And spectre of hell or not, homosexuality being wrong is the nub of what Folau is saying.

A strange feature of this debate is the desire of some conservatives to separate homophobia from religious teaching, as if they exist in different realms. But you don’t have to literally believe you are set to burn for eternity to get the message loud and clear that you are lesser.

One person’s condemnation to hell is another’s “faggot” or “dyke”. And LGBTQ young people do not possess an internal filter to sift religious homophobia from the secular.

It all contributes to a sense of shame that engulfs most LGBTQ people in adolescence. For some — even among the many who go on to lead happy, full and successful lives — it quietly lingers for a lifetime.

Sacking Folau does nothing to change any of this.

At best, it sends an inconsistent message that it’s not OK for a rugby player to say gays are going to hell, but it’s broadly fine to give money to institutions and postal surveys that say exactly, or effectively, the same thing. For, uh, reasons to do with contract law. What on earth are children supposed to make of that?

And at worst — are we there yet? — it turns him into a martyr. Those constantly in search of a culture war can now say, with less disingenuity than usual, that they are banned from reciting Christian beliefs, which of course they are not.

And all of it, the entire feckless, absurd, depressingly endless conversation, is a distraction from the fact Folau’s views are not niche at all.

Scientology is niche. Playing the bagpipes is niche. A view widely disseminated by the most senior levels of the Catholic and Anglican churches, and likely held by more than a few members of parliament, is not.

So if sacking Folau, pulling down his GoFundMe, and writing constant updates about how much money is pouring into the Australian Christian Lobby’s coffers is not the answer, and I am certain it isn’t, what is?

First, we should stop pretending that what Folau is saying is outrageously out of step with the ethos that drives Australian society.

If it is truly no longer acceptable to say that gay people go to hell, or are for whatever reason inferior, more fundamental changes are needed — including looking at removing religious exemptions in anti-discrimination law, and whether it is appropriate for organisations that teach such beliefs, particularly to children, to receive public money.

If it remains acceptable, it makes even less sense for Folau to be the sole fall guy, and other tools should be used to fight homophobia.

Second, we should be clear-eyed about the fact that religious or institutional backing doesn’t mean such sentiments are harmless, nor that they should be uttered free of social consequence.

Third, we should forget about Folau and focus on trying to leave a different kind of hell — the torment of realising, as a child or teenager, that you are different — in the past.

If they haven’t already, the parents among the 5 in 10 Australians who voted yes should go home and tell their kids: “If you are LGBTQ, that is great, and I will love you the same”. If your child is not, they will feel awkward for five seconds, and if they are, it will mean the world.

Of course, it’s more difficult for the kids whose parents believe, like Folau, that LGBTQ people will go to hell, or some secular version of the same sentiment.

Society needs to create real world spaces for these children to feel safe and included. What about a program to help LGBTQ kids in school? (We could call it Safe Schools. Anyway, just an idea.)

It is tempting to spend more time on the rugby star and his right to post Bible quotes on Instagram. But he is ultimately a distraction, from the unpalatable fact that combating his views at their core is a more comprehensive task than any of us like to think.

Lane Sainty is a reporter for BuzzFeed News and is based in Sydney, Australia.