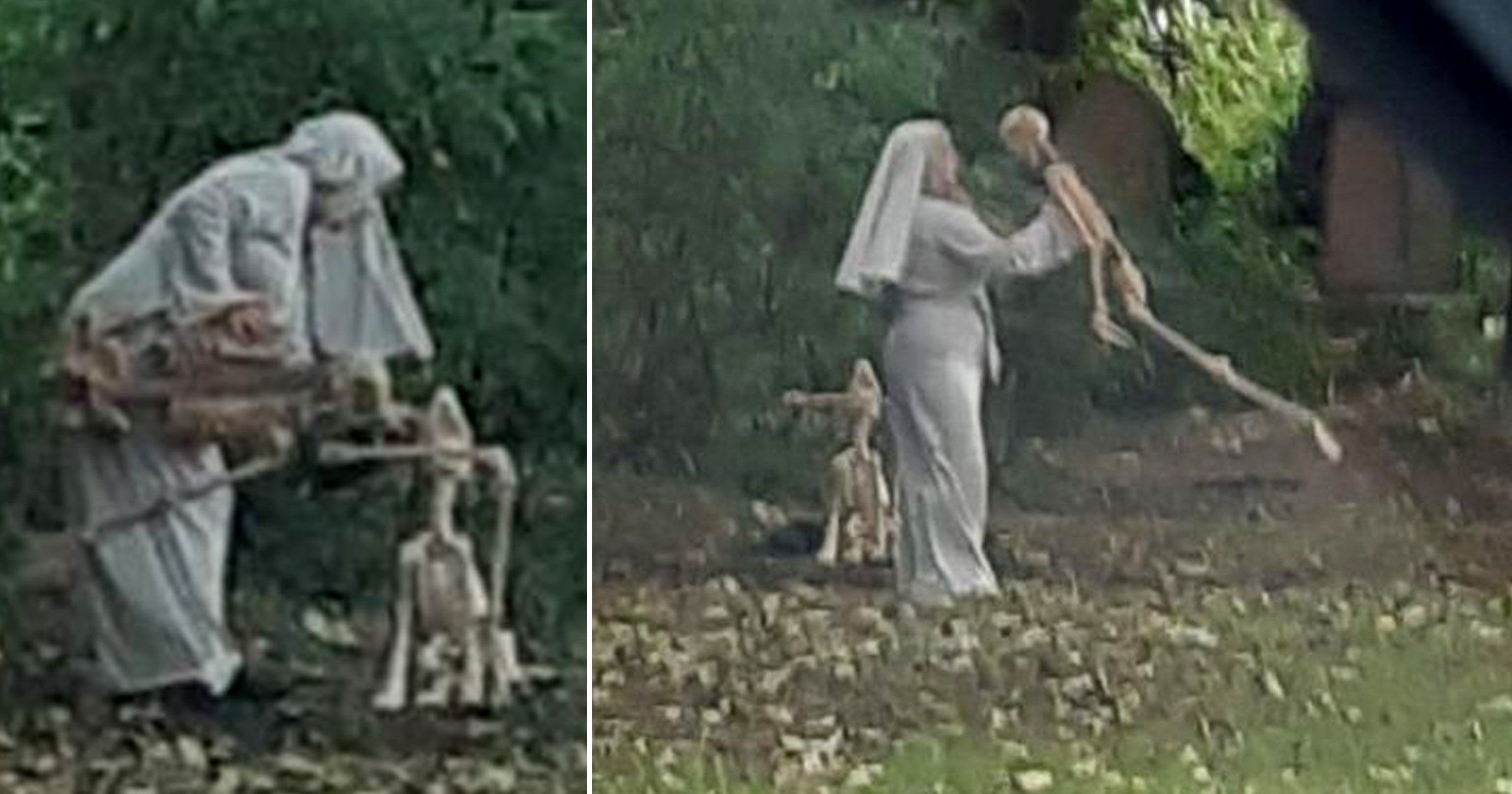 There are some things you just never expect to see – and one of them is a nun cavorting with a skeleton beside a graveyard.

But that’s exactly the sight that emerged outside old Hull General Cemetery on Saturday.

A woman dressed as a nun was pictured dancing with a prop human skeleton, before playing with another that looked like a dog.

One baffled witness said: ‘Literally, she was stood at the cemetery on Spring Bank West opposite the turn off for Hymers school. She was dancing with a skeleton.

‘It was clearly attracting a lot of attention with people stopping to watch nearby and people in their cars looking!’

Reports from the scene indicate someone was filming the bizarre incident just before 12pm.

This could suggest it was part of a stunt or art project, although this remains unknown.

The Hull General Cemetery has been out of use for almost half a century.

It became one of Hull’s most historic sites after closing in 1972.

People often visit to see notable graves – including a memorial for the victims of the 1849 cholera epidemic.