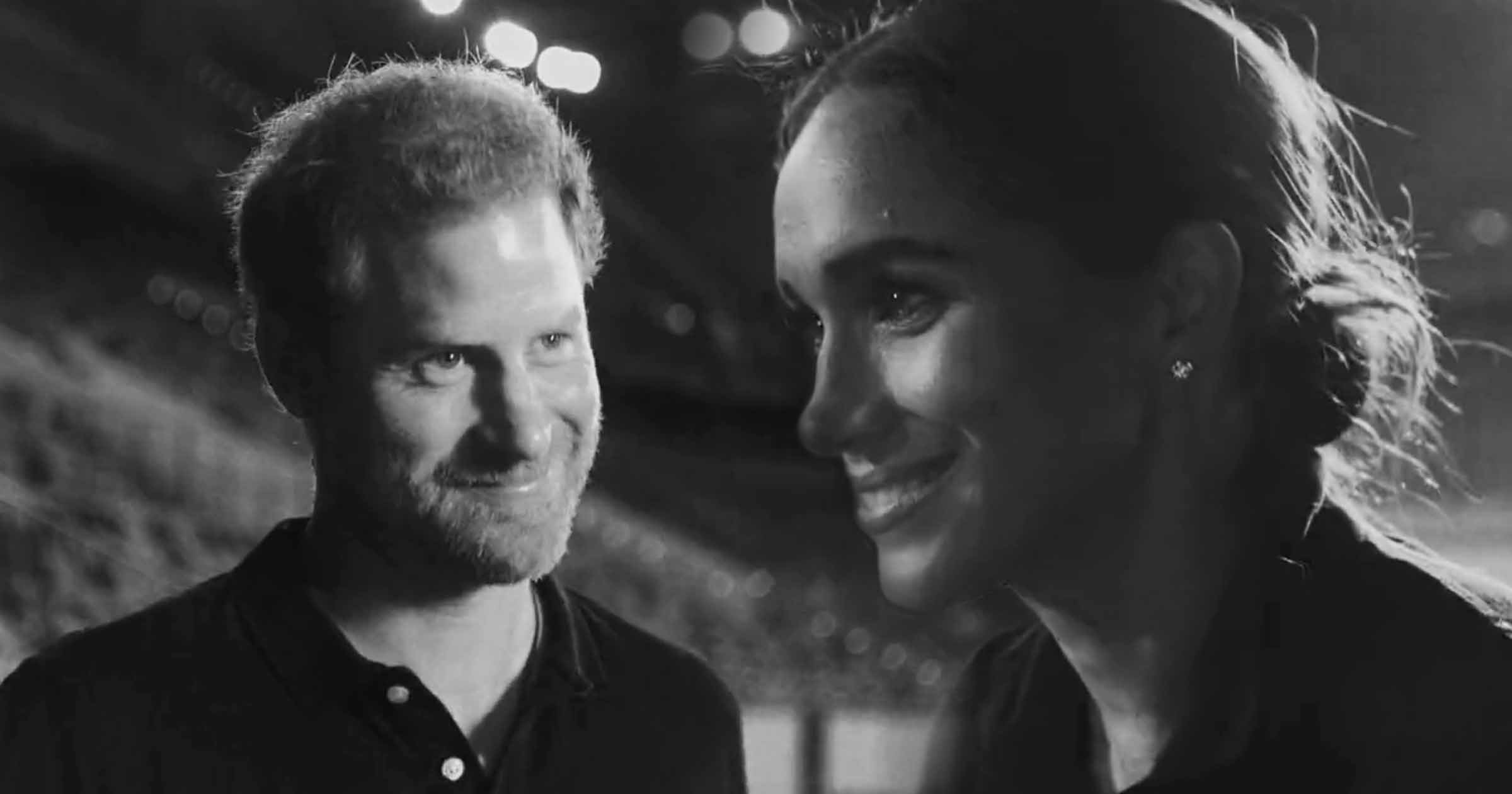 It’s the most talked about documentary in years – and it hasn’t even been released yet.

Since Prince Harry and Meghan Markle agreed to produce a series about their lives as part of a deal with Netflix in September 2020, speculation about its content has been rife.

Will it be a Kardashian-style reality series following their glamorous new life in California? Will it be the telling of a love story between an American actress and a real-life Prince Charming?

Or would it – as some monarchists feared – be a brutal telling of their experiences within the royal household?

The trailer for the show, called simply Harry and Meghan, dropped yesterday, and all signs indicate that those fears were well-founded.

Despite not telling us anything particularly newsworthy yet, it spoke volumes by confirming the tone and subject of the doc, due to be released on 8 December.

Even the timing of the release said rather a lot.

It comes as the royal family find themselves embroiled in yet another racism scandal and as William and Kate start their first tour of the US as the Prince and Princess of Wales, all eyes were on the highly anticipated trailer.

A sombre piano track played under a carousel of photos of the couple, some never seen before, ending with a shot of Harry and Meghan appearing distraught during an interview.

But for me, the most telling moment in the short 60-second glimpse, is the sound effect that plays over a photo of the once fab-four, with Kate in the centre looking towards the camera with a solemn look.

A high-pitched ringing noise is heard. A sound of foreboding? We can only speculate.

One thing is for certain: the couple consider this a chance to tell their own story in their own words.

From their Oprah interview where it was claimed that a member of the royal family had made comments about the colour of Archie’s skin, to this week’s news that a Black charity boss had been quizzed about ‘where she was from’ by a member of the royal household, it seems clear that the Firm appears to have a problem when it comes to racism.

Prince William, whose godmother, Lady Susan Hussey, made the latter comments, quite rightly condemned the situation, saying ‘racism has no place in our society’.

But he wasn’t quite as strident when it was his sister-in-law who faced racism at the hands of social media, press reports and allegedly a member of his own family.

Speaking after the bombshell Oprah interview, William insisted ‘we are very much not a racist family’ as a Palace statement merely noted that ‘recollections may vary’ regarding the specific claim about Archie’s skin colour.

That same statement said the claims were taken seriously – but if that was the case, why did the royal family allow an 83-year-old woman to be in a position to cause distress to a Black guest at one of their events just 20 months later?

Was diversity and inclusion training offered to all employees of the royal household in the aftermath? Was cultural sensitivity as high on the agenda as royal protocol?

Were there lessons in how to not say something racist, just as there is an expectation to respect the monarch by calling him ‘Your Royal Highness’?

Did anyone pass a memo instructing people not to touch a guest’s hair under any circumstances? It doesn’t appear so.

William can support the resignation of a single octogenarian aide, but it won’t rid the royal family of the accusation of institutional racism.

Many families have elderly friends of relatives whose world views may be deemed offensive, but we wouldn’t employ these people to act as representatives at public events.

I have to question whether Susan Hussey’s views were already known to the royal household. If so, why was she appointed as Camilla’s lady-in-waiting? And if not, why not?

This is the same royal institution that in 1968 told civil servants that ‘it was not, in fact, the practice to employ coloured immigrants or foreigners’ to clerical roles. Susan Hussey had been working for the royal household for eight years by that point.

Some may excuse such an abhorrent statement as being a product of its time, yet the royal family are still exempt from race and sex discrimination laws, making it impossible for female employees or employees of colour to raise discrimination claims against them.

Harry and Meghan, with that Oprah interview, gave the royal household the chance to address the institutional racism within the culture of the Firm, and they appear to have neglected their responsibility to take such an opportunity.

Now, the Duke and Duchess of Sussex look set to give them another wake up call.

Let’s not forget, even Harry himself was found to have used racist language in the past, but he has shown contrition, learned from his mistakes and shown a commitment to being a better ally.

The trailer’s release, right in the middle of a racism scandal that appeared to show there’s no such thing as an isolated incident, I’m sure was bittersweet for many.

As Meghan states in the trailer, ‘When the stakes are this high, doesn’t it make more sense to hear our story from us?’.

Exactly what the stakes are, we don’t know yet.

Will it be the royal family’s track record on tackling racism, or providing mental health support to its members? Will it be the relationship between arguably the most famous brothers in the world?

What we do know is that the documentary could have the power to change a global audience’s perspective on the royal institution – for better or for worse.

We also know that after 8 December, the ball is firmly in the royal court. Do they stay silent? Do they retaliate?

Or do they do something right – and finally take the opportunity to listen?