South Korea is experiencing a renaissance. Everywhere you look, the nation’s influence can be felt — from fashion labels like Uniform Bridge and EGNARTS, musicians BTS and Jay Park, to of course superstar footballer Son Heung-Min and Netflix’ hit TV series, Squid Game. The art world is no different and the influx of galleries to Seoul is proof — with Pace expanding to include a dedicated teahouse and Perrotin adding a second space in Dosan Park.

To complement its flagship fairs in London, New York and Los Angeles, Frieze has unveiled its first Seoul edition at the COEX exhibition center, located in the Gangnam district. Running concurrently to the city’s longstanding KIAF art fair, festival organizers wanted it to be clear that the two events were not at all competing with one another, but rather working in tandem to satisfy the demands of the artistic community that has grown dramatically over the years.

“We’re not trying to be each other’s fairs…both have their own identity,” said Frieze Seoul director, Patrick Lee, in an interview with The New York Times. Although not the biggest of art fairs, Lee views the size of Frieze Seoul as an advantage, because it “allows for real exploration,” he added.

More than 110 galleries will be on view when the fair opens today, including a special Focus Asia section that features a number of rising artists and galleries. Curated by Christopher Y. Lew and Hyejung Jang, the section will showcase 10 solo artist presentations from Asia-based galleries, opened in or after 2010 — from artist Ali Beheshti, represented by Tehran’s Dastan Gallery, Sungsil Ryu at Seoul’s P21, to Rana Begum, whose colorful installations will fill the booth of Mumbai’s Jhaveri Contemporary.

HypeArt compiled a list of five must-see booths at the inaugural Frieze Seoul, now on view at the COEX exhibition center until September 5. 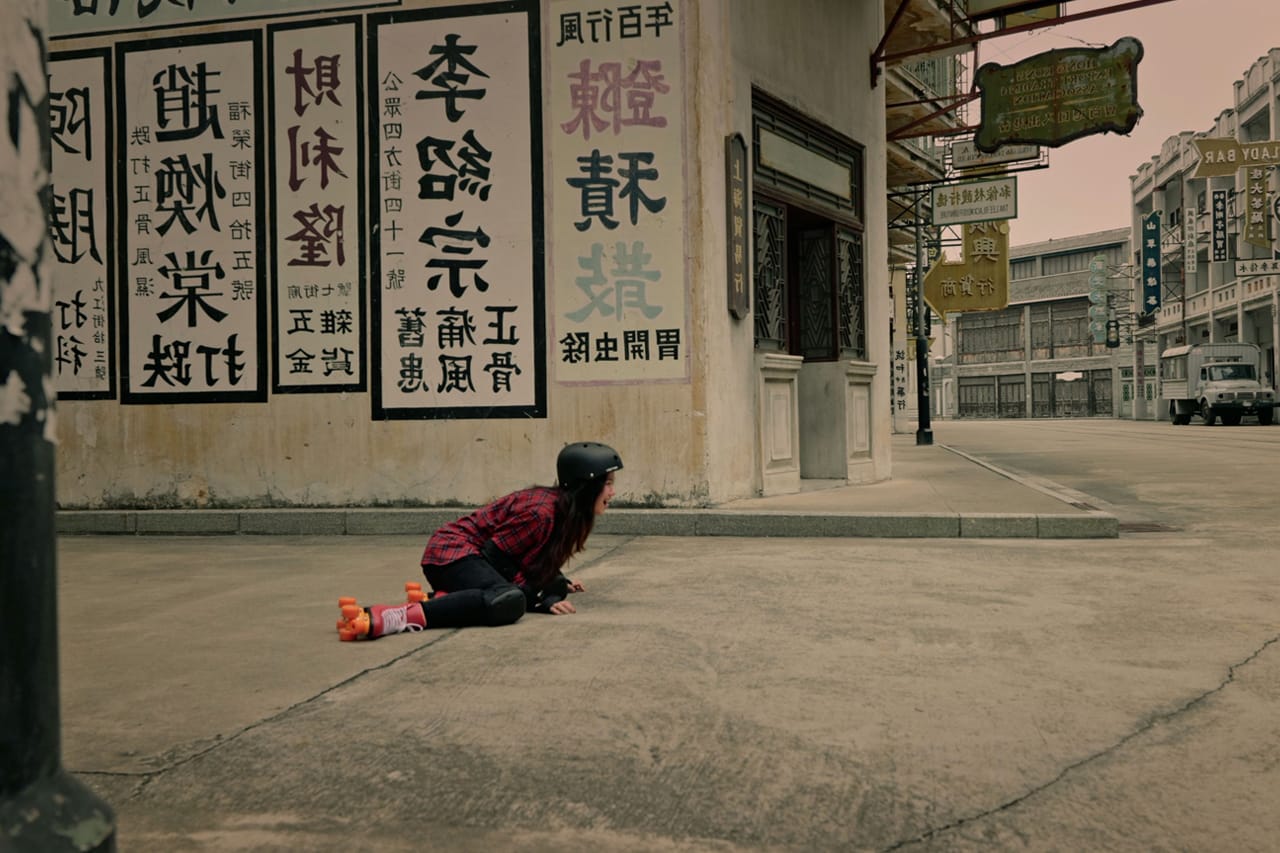 To start the list, Hong Kong’s Kiang Malingue gallery will present the latest film by emerging Chinese artist, Tao Hui. Being Wild is a single-channel video first premiered in January 2022, which continues on the artist’s decade-long interest on the figure of the diva-flâneur, while surveying the natural and artificial environments of the post-pandemic world.

In the film, Hui overlays the melodies of Taiwanese folk singers Tai Zhao-Mei and Wang Hai-Ling, rendering a nostalgic yearning throughout. Towards the end of the film, the protagonist abruptly breaks down revealing a hysterical sincerity that the artist equates to the pandemic — at once desperate, but hopeful.

Born in Yunyang and now based in Beijing, Hui earned a degree in oil painting before turning his focus to video installations. Each of his films imbue a sense of misplacement vis-à-vis social identity, gender status, ethnicity and cultural crisis — prompting the viewer to face their own cultural histories and living conditions.

Tavares Strachan at Perrotin, Booth A6 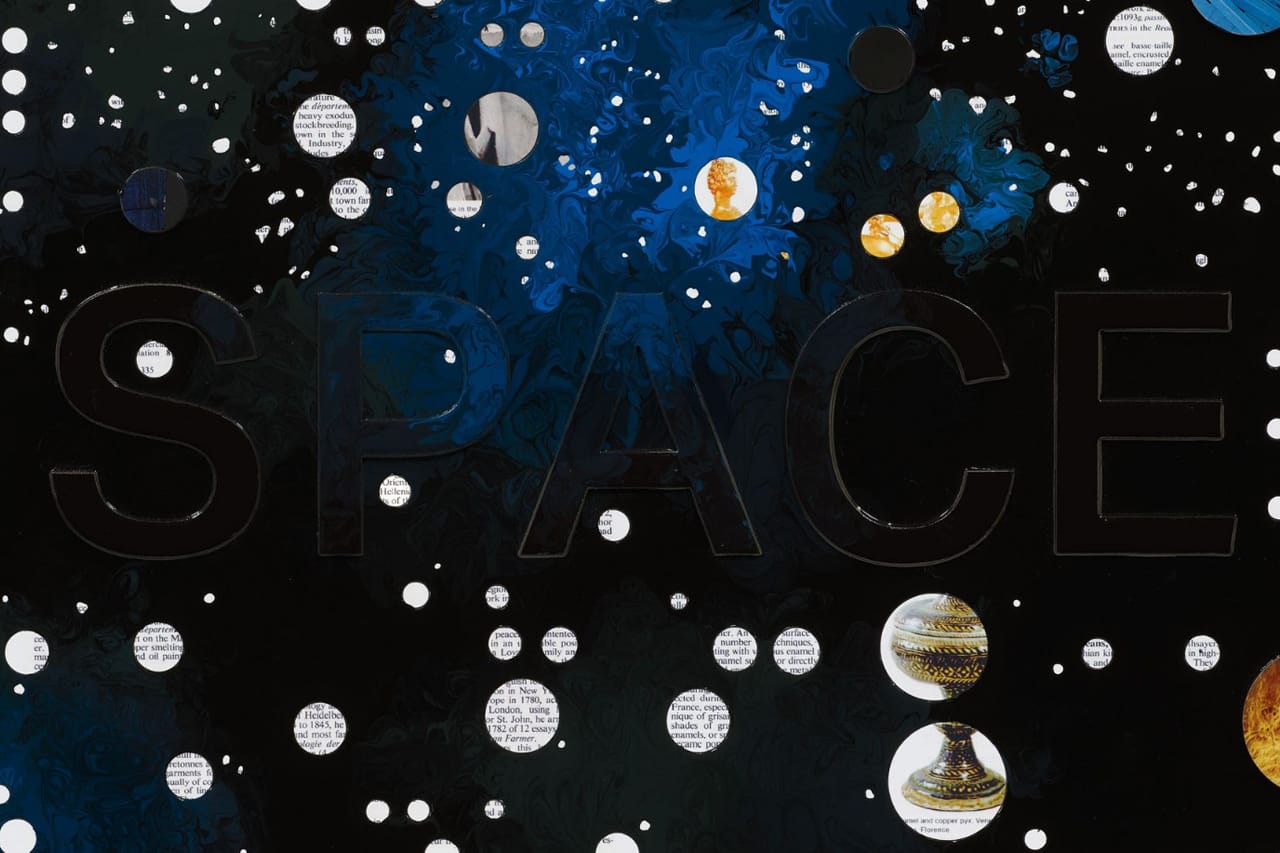 Courtesy Of The Artist And Pace

Tavares Strachan approaches art like a time traveler, drawing on often disparate moments and iconography across history, sports, science and music, to create multi-layered compositions that investigate loss, displacement and the invisible.

Housed at Perrotin’s booth, the Bahamian-born, New York-based artist will present a solo exhibition drawing from his recent “Galaxy” series of paintings. From Marcus Garvey to Metta World Peace, Ancient Rome to Thelonious Monk — Strachan retells forgotten or little-known historical epics and human achievements in a pastiche that is undeniably his own.

Each of his compositions and monumental installations are dizzying in subject matter, but pristinely executed and hard to take your eyes off. Running constant throughout his oeuvre is his interest in science, a discipline that is widely seen as objective, but one to which the artist elucidates the power systems, colonial oppression and racist underpinnings that have often passed under the field. 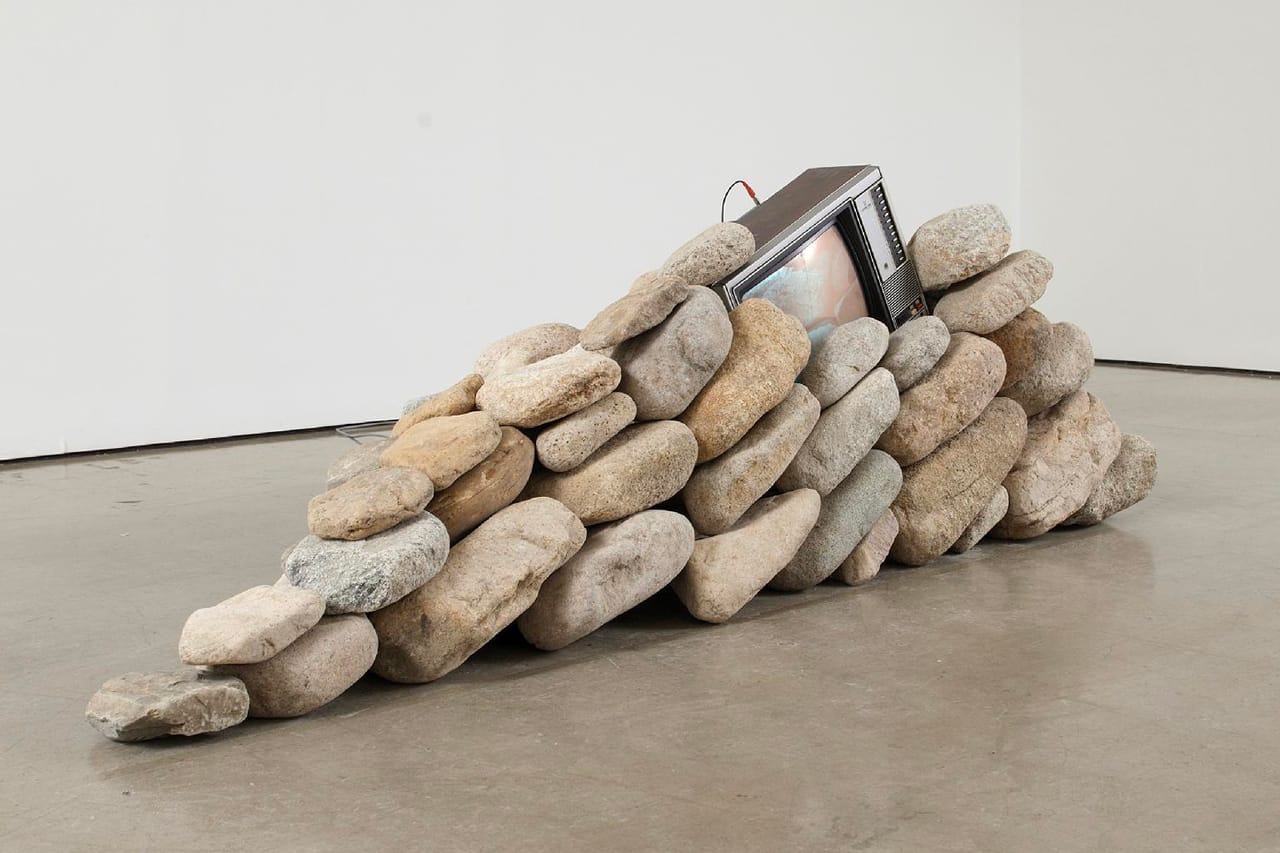 Hyun-Ki Park, TV & StoneCourtesy Of The Artist And Gallery Hyundai

Originally born in Osaka, Park and his family fled Japan for Korea early on in his life, where he would eventually become one of the pioneers of Korean Video Art. Throughout his career, he would explore a number of creative disciplines, including architecture, sculpture, drawing and performance, amongst others.

At the core of Park’s oeuvre are meditative installations that juxtapose natural objects with artificial videos, such as his seminal stone and monitor works first debuted at the 1979 São Paulo Biennale. In each, Park harmonized conflicting motifs found in Eastern and Western culture to challenge pre-conceived notions across the art world. 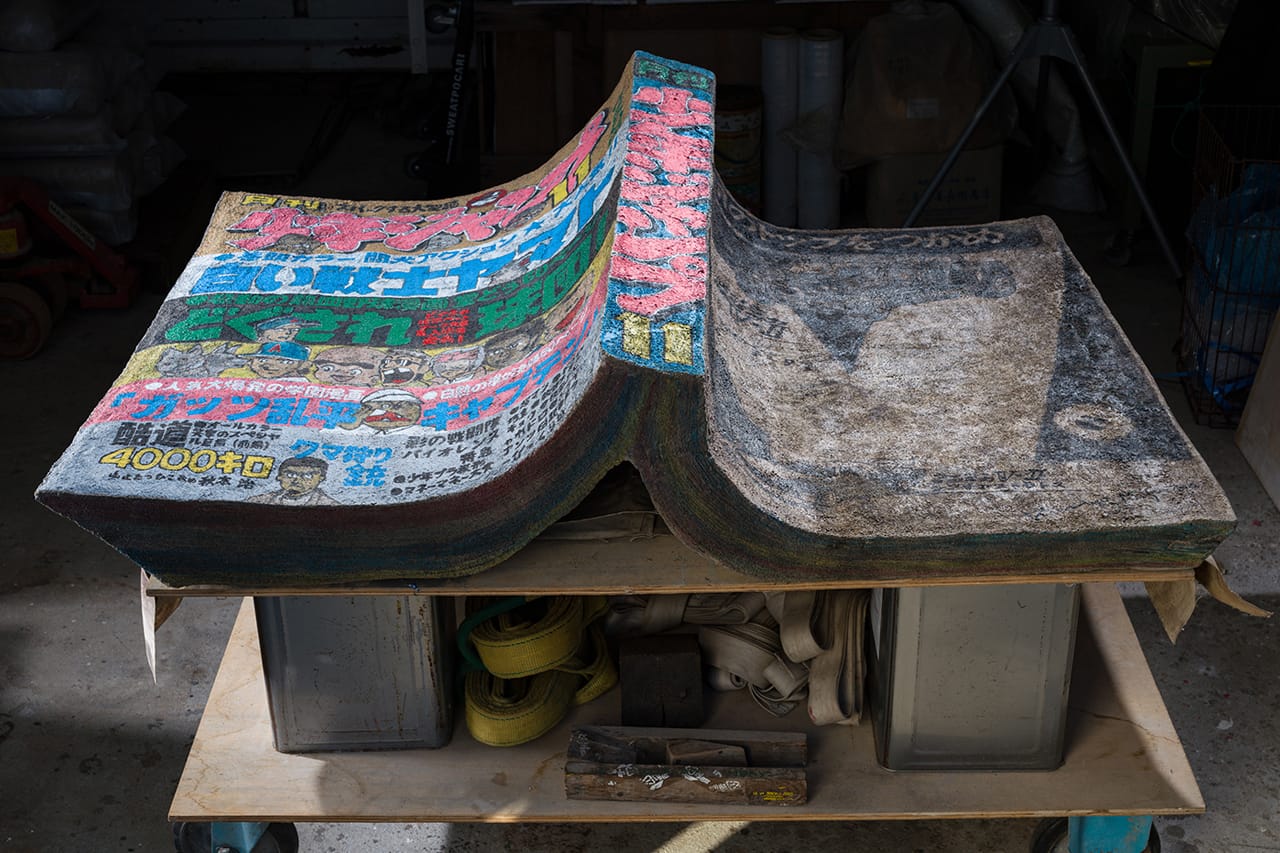 Revered as one of the most exhibited ceramic artists of the past 40 years, Kimiyo still tirelessly works at age 89 and depicts subjects that are ordinary and unassuming, whether a bin of crushed cola cans or telephone directories. Kimiyo, who began her career as a painter, recreates these discarded items through clay — appearing almost identical to the actual object, but noticeably cartoonish — causing viewers to double-take.

Subtle, yet profound, Kimiyo uses the theme of wastefulness in a comical way to underpin the very serious environmental issues in the world today — with the hope that her viewers will be inspired to create change within their own lives. 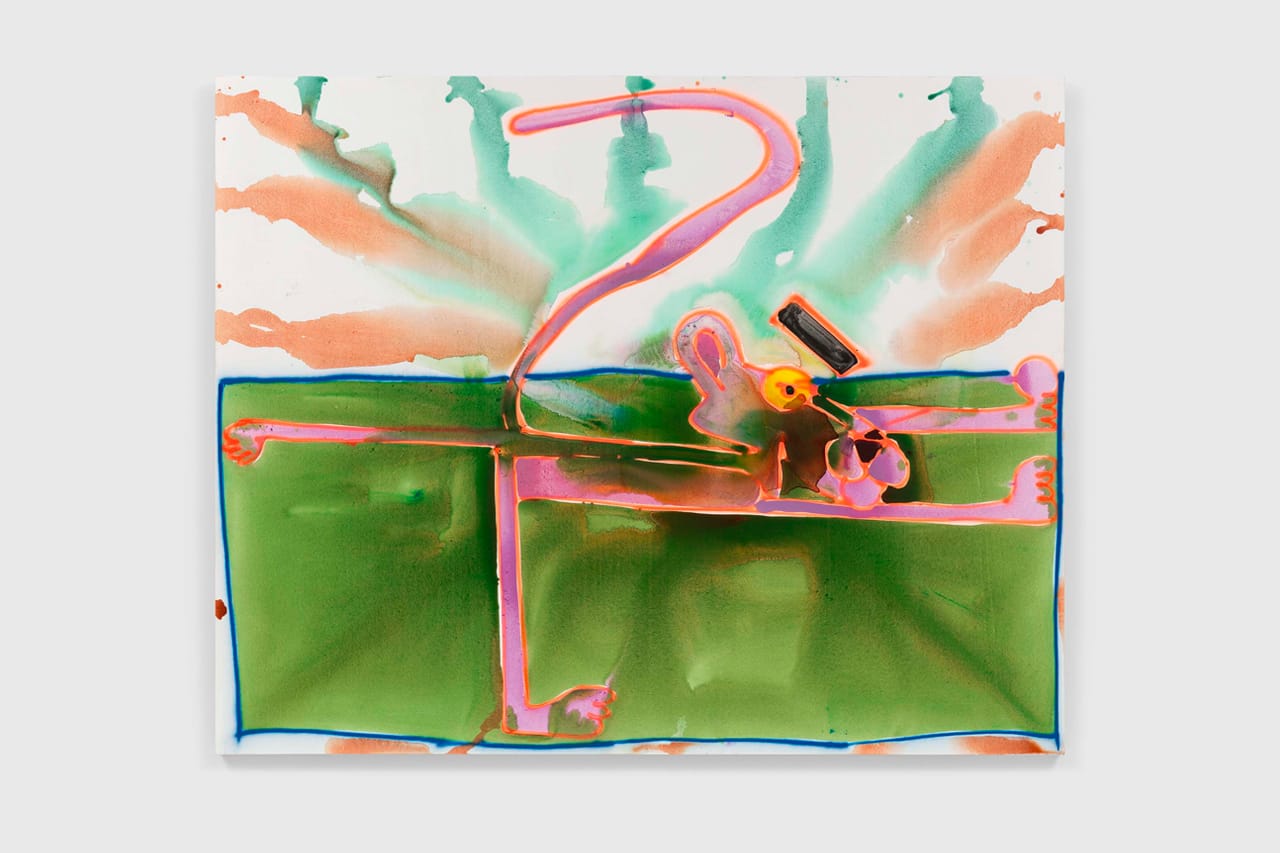 While Mishima Kimiyo’s work demands close introspection, Katherine Bernhardt’s vibrant paintings can be seen from across the fairground. Based in St. Louis, the American artist recently unveiled her first solo exhibition at David Zwirner London and looks to be a highlight of the gallery’s booth in Seoul.

Bernhardt approaches painting with a childlike curiosity. She often paints lo-fi depictions of various unrelated iconography, such as Pink Panther, mushrooms and Crocs, as a way to study color, rather than convey any deeper meaning. Instead of simply painting abstract compositions, Bernhardt enjoys the limitation of taking several objects and painting the world around it.

“Art is a way where people can go and escape from reality. The bigger, the better,” she said in a past interview. In this way, painting is art therapy for Bernhardt, who reminds viewers of the joys of spontaneous creation.

On view at booth B14, David Zwirner will also showcase a selection of artwork from prominent and emerging artists, such as Donald Judd, Carol Bove, Nate Lowman, Oscar Murillo, Huma Bhabha, Rose Wylie and John McCracken.