As the US debates “concentration camps,” these young Jews are trying to actually shut them down

Last month, Rep. Alexandria Ocasio-Cortez drew backlash from Republicans and Democrats when she used the term “concentration camps” to refer to immigrant detention centers. Vice President Mike Pence said she “cheapened” the memory of the Holocaust.

The comments set off a chain reaction of politicians debating semantics. But while many debated whether “concentration camps” applies, a group of young Jews sprang into action.

They saw clear and painful parallels between their relatives’ pasts and the present treatment of undocumented immigrants — and their Jewish identity is compelling them to do something about it.

Never Again Action is a new political movement. They’ve been working day and night to upend Trump’s immigration policy: “I don’t care what we call them,” said one activist. “I care that we stop them.” 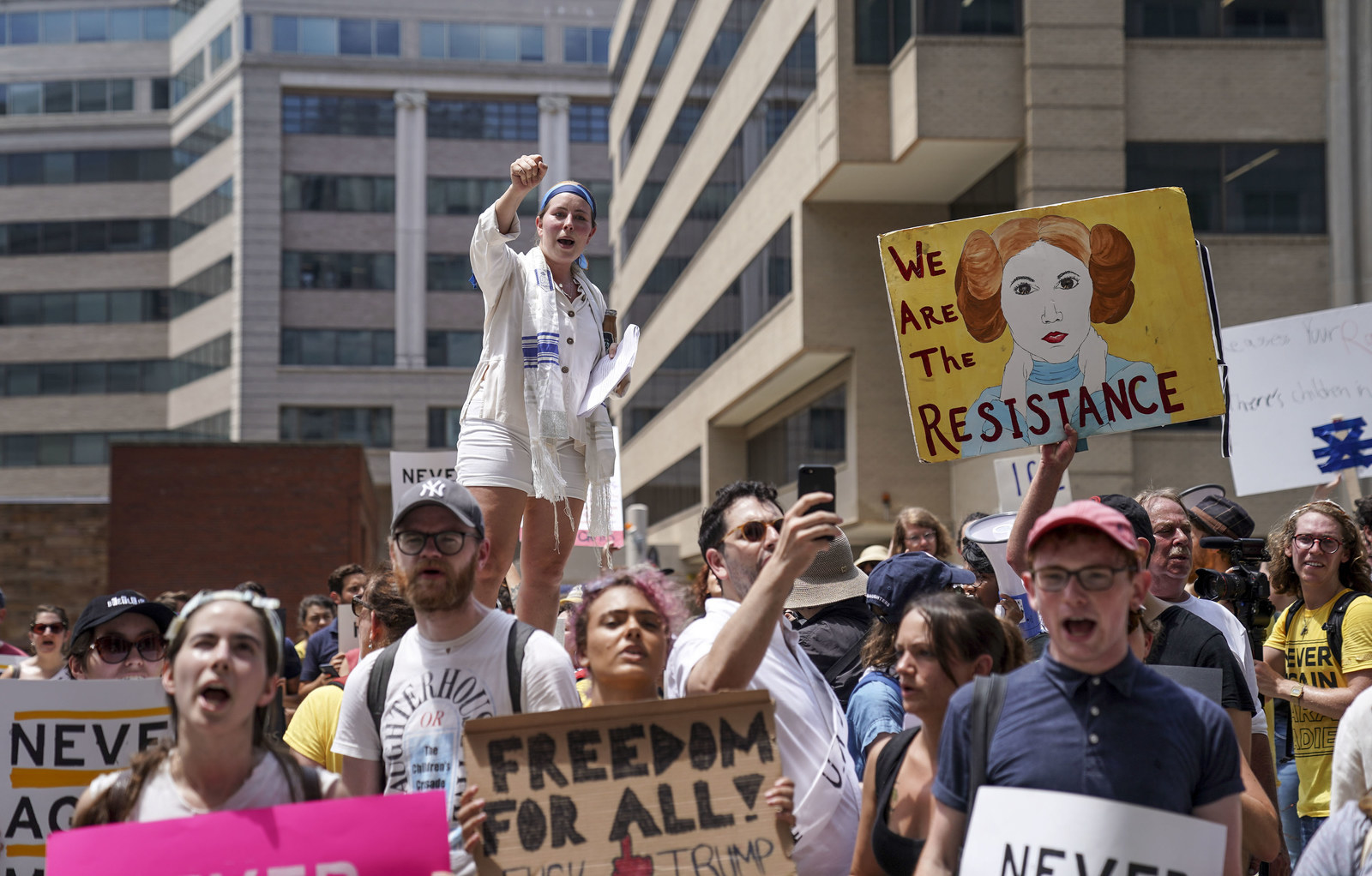 People protested for days calling for Rosselló’s ouster, furious over leaked anti-gay and misogynist text messages he sent, as well as Rosselló’s mishandling of a hurricane’s aftermath, and corruption among public officials.

Rosselló did not resign, which was a central demand of protesters. However, he said he won’t run again. It’s unclear how protesters will respond.

Boris Johnson could become the first Prime Minister to lose his seat. While Johnson’s main focus has been winning the leadership of his party to become prime minister, rival parties in his constituency see him as particularly vulnerable — and they’re gearing up for a fight.

A 32-year-old former NFL player died of heatstroke as a heat wave gripped the US. Mitch Petrus, who played for the New York Giants and won a Super Bowl with the team in 2012, died at a hospital in Arkansas after working outside.

A 9-year-old girl died after wind blew a bounce house into power lines. Police received a call that a bounce house with three children inside had been lifted by wind onto overhead power lines in Nevada. Two kids were treated for minor injuries, while Lizzy Hammond was taken to hospital, where she died from her injuries.

The Lion King set box office record for Walt Disney Pictures. It debuted with $185 million at the domestic box office, which means they’re probably going to make 20 more of these things. Also, Avengers: Endgame officially surpassed 2009’s Avatar as the highest grossing film worldwide of all time. Look what you did, enabler. This is all your fault.

The Star Trek: Picard trailer shows the captain reuniting with Seven of Nine and Data. The forthcoming Star Trek series will focus on the adventures of an elderly Jean-Luc Picard. Its trailer dropped on Saturday, showing the captain of the starship Enterprise reuniting with some fan-favorite characters.

Andy Ngo has the newest new media career. It’s made him a victim and a star.

On June 29, Andy Ngo was assaulted. He was left cut up and dazed after a beating at the hands of left-wing protesters at a demonstration in Portland.

He then began streaming a close-up of his bloody face to more than a million people. Ngo’s star, which had been steadily rising, catapulted. Before the attack, he was known for shooting videos of anti-fascists that ended up on the likes of Fox News and Sky News. His name is now regularly uttered by members of Congress.

Joe Bernstein met Ngo the day of the assault, planning to explore how Ngo constructs an incendiary political narrative. He was with him from an hour before he entered the demonstration until an hour after he arrived at the hospital to treat his injuries.

Read his report on how Ngo is willing to make himself the story and to stream himself doing it.

For four months, a guy has been messaging a stranger online what he’s having for dinner

Brady, who had been following a stranger online with a large Twitter following, decided he would start direct-messaging his dinner every single day.

After a while of not responding, Rudy decided he’d respond. He shared screenshots of their exchanged, and now people are deeply invested in their friendship. 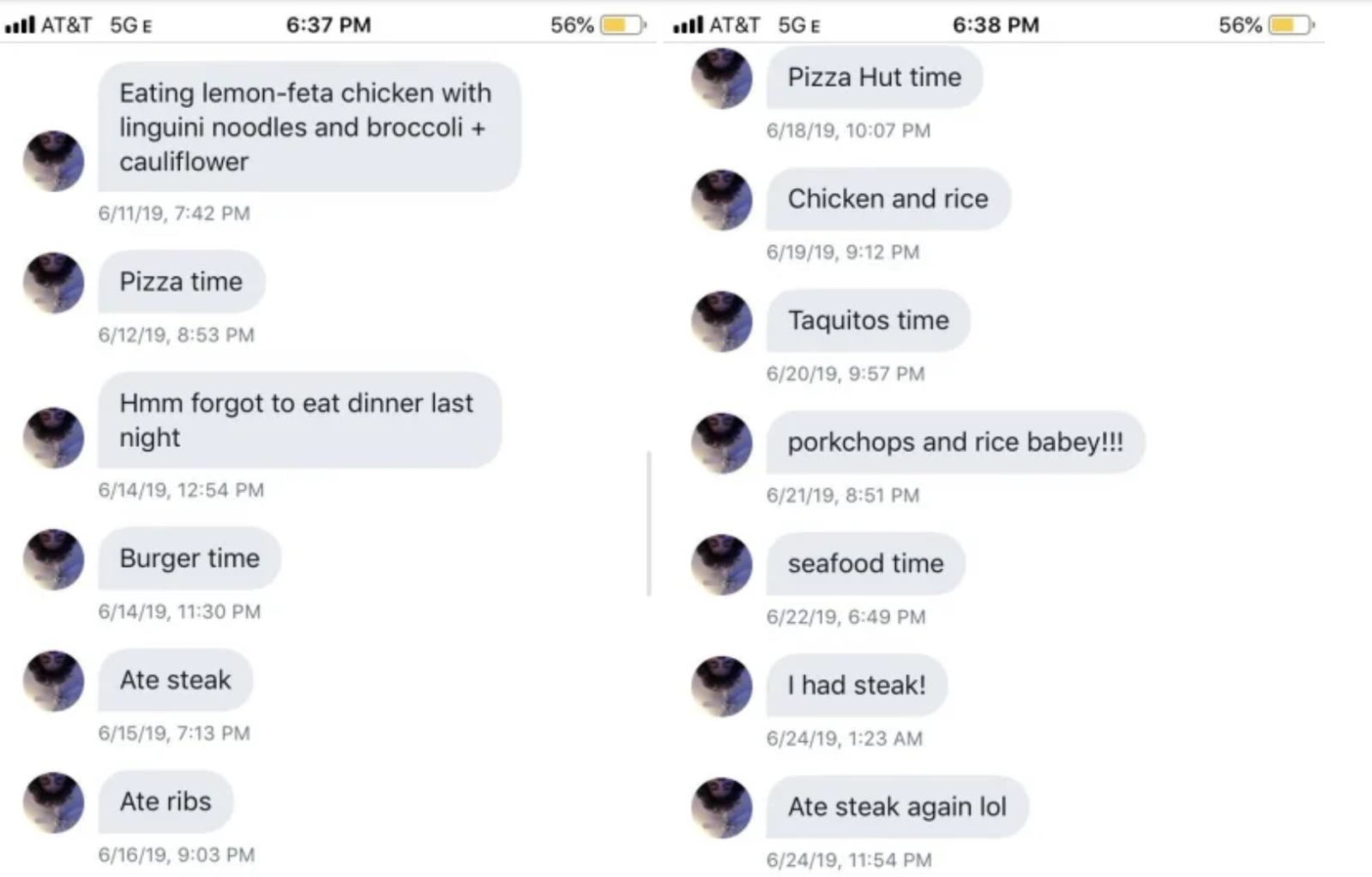