Montblanc has revealed a new take on its 1858 Geosphere 0 Oxygen introducing a smaller, bronze case and adding the brand’s new blue glacier pattern to its dial.

The oxygen-free watch concept – rather than a vacuum the watch is actually filled an inert gas – was introduced by Montblanc back in March through the 1858 Geosphere Chronograph 0 Oxygen LE290 limited edition, which was dedicated to legendary mountaineer Reinhold Messner, the first person to climb the world’s 14 highest peaks and the first to undertake a solo ascent of Everest without oxygen.

The new 1858 Geosphere 0 Oxygen LE 1786 is dedicated to Messner’s son, Simon, who followed in his footsteps in August by completing an ascent of Mont Blanc wearing the watch on his wrist. 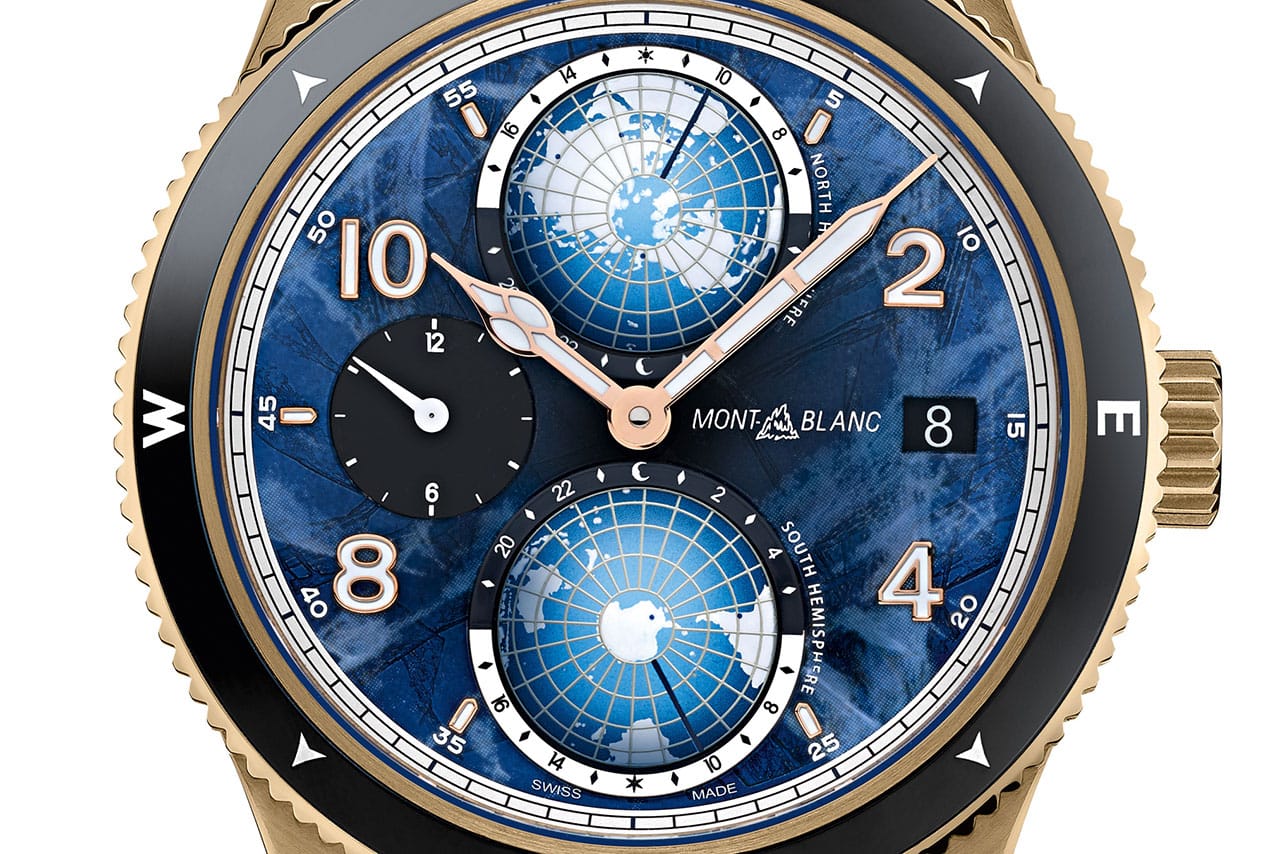 To supplement the watch, Messner recorded much of his ascent which customers can relive at Montblanc boutiques via virtual reality glasses.

The lack of oxygen inside eliminates the potential for fogging on the inside of the sapphire crystal, which can occur under extreme temperature changes as well as preserving the movement from oxidation.

The 42mm bronze watch features a dial inspired by glacial ice – a newly recurring motif for Montblanc watches – achieved using the near-forgotten ‘gratté boisé’ technique and is limited to 1786 pieces, marking the date of the first ascent of the Mont Blanc by Jacques Balmat on August 8th, 1786.