Mickey Kapp, a record producer who, after forging a somewhat improbable connection with several Mercury 7 astronauts, went on to provide later space explorers with customized mixtapes to listen to during their historic flights, died on June 11 at his home in Carmel, Calif. He was 88.

His wife, Joyce Garvin Kapp, said the cause was congestive heart failure.

Mr. Kapp became the unofficial music provider to the space-bound thanks to José Jiménez, a fictional comic character with a thick south-of-the-border accent who was created by the comedian Bill Dana. “My name José Jiménez,” Mr. Dana would begin his routines, which today might ring as offensive — José being something of a dim bulb — but in the late 1950s, when he created the character, were regarded by many as hilarious.

One of those routines made José a reluctant-sounding astronaut, in full spacesuit, bumbling through an interview.

“What is this called, a crash helmet?” the interviewer says, pointing to his headgear.

Mr. Dana, who died in 2017, was on the roster of Kapp Records, founded by Mr. Kapp’s father, David. In an oral history recorded in 2007 for the Television Academy Foundation, Mr. Dana said that the idea to turn José into a spaceman came when he was booked on “The Garry Moore Show” in 1960. 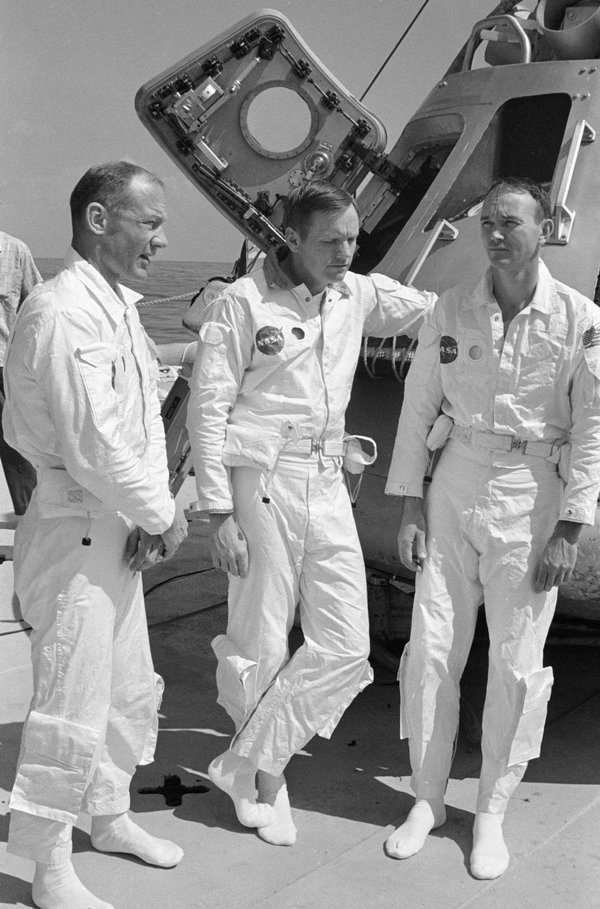 “On the writing staff was Doc Simon — Neil Simon,” Mr. Dana said in the oral history, referring to the soon-to-be-famous playwright. “José was already established as kind of a hit, and Neil Simon said, ‘Has José ever been an astronaut?’ And I said, ‘No, what a great idea.’ ”

He developed a routine around the notion, and when he performed it at the San Francisco nightclub the hungry i, Mickey Kapp, working for his father’s company, captured it on tape and released it as a single. On a whim, Mr. Kapp sent copies to NASA, one for each of the seven Mercury astronauts, who were making the first manned American spaceflights, and one for Shorty Powers, a public affairs officer for NASA.

“I never heard a word from any of them,” Mr. Kapp told The Monterey Herald in 2014. “Then I picked up Life magazine, which had published articles about each of the astronauts, and noticed that Alan Shepard had quoted two lines from the record. I called Bill Dana right away and yelled: ‘Billy, you’ve gotta get down there! They know us!’ ”

Mr. Shepard, who made the first manned American spaceflight in May 1961, was a particular fan of José. Neal Thompson, in his book “Light This Candle: The Life and Times of Alan Shepard” (2004), wrote that during lulls between simulation training, Mr. Shepard “would play the tapes at full volume over the Mission Control loudspeakers.”

At Mr. Kapp’s urging, Mr. Dana booked an appearance at the Kings Inn in Cocoa Beach, Fla., near where the astronauts trained. He usually did the astronaut bit with a straight man acting as interviewer, but for Cocoa Beach he was working alone.

“A few minutes into the routine, a guy in the front row began yelling out the straight man’s lines,” Mr. Thompson wrote. It was Mr. Shepard, who joined Mr. Dana onstage but was laughing so hard that another Mercury astronaut, Wally Schirra, who was there, took over, followed by another, Deke Slayton.

José became something of a mascot for the Mercury program, and Mr. Kapp became friendly with Mr. Shepard and others at NASA. For the Gemini and Apollo programs, whose flights lasted days — the Mercury flights had lasted just hours — Mr. Kapp suggested that the cassette tapes the astronauts used for recording notes could be filled with music they liked, which they could listen to in their idle time and tape over as needed. He used his music industry connections to execute the plan.

“The astronauts would be up there for three and a half days, staring at nothing,” he told the Monterey newspaper. “So I got copies of the master tapes of anything they wanted to listen to and made the recordings for them.”

A memorial to those who lost their lives in 2019

A recent Vanity Fair article about Mr. Kapp said that Buzz Aldrin, one of the Apollo 11 astronauts, favored an adult-contemporary mix that included Glen Campbell and Barbra Streisand. Neil Armstrong, his crew mate, who first put human footprints on the moon on that mission, requested the 1947 album “Music Out of the Moon,” on which the bandleader Les Baxter played music written by Harry Revel.

“There was no publicity,” Mr. Kapp told the Monterey paper. “The artists were never paid. The media and the public never knew.”

Michael Ivan Kapp was born on Oct. 26, 1930, in Chicago and grew up in New Rochelle, N.Y. His father worked for Decca and RCA before founding Kapp Records in the mid-1950s; his mother, Ruth (Sigal) Kapp, was a homemaker.

Mr. Kapp graduated from New Rochelle High School in 1948 and received a bachelor’s degree in speech and drama at Stanford University in 1951. After a stint in the Navy, he joined his father at Kapp.

Among his other claims to fame there was producing Louis Armstrong’s version of “Hello, Dolly!,” the title song from the Jerry Herman-Michael Stewart musical, although when Armstrong recorded the song in 1963 the show had not yet opened on Broadway. According to a 2014 article in The Queens Gazette, the song was an afterthought to Armstrong, who was more excited about another song he recorded that day, “A Lot of Livin’ to Do,” from another Broadway show, “Bye Bye Birdie.”

Mr. Kapp, though, saw a gem. He added a banjo introduction and some strings and, once the Broadway show opened, released the record. It became a hit — a surprise to Armstrong, who was touring at the time.

“After hearing people shout for ‘Hello, Dolly!’ at a live show,” The Gazette said, “Armstrong finally turned to bassist Arvell Shaw and asked, ‘What the hell is ‘Hello, Dolly!’?’ The band had to get a copy of their own recording of the tune to learn it again.”

In May 1964 Armstrong’s record dislodged the Beatles from the No. 1 spot on the Billboard Hot 100 chart, which they had held for 14 weeks.

Mr. Kapp consulted for NASA until 1972. From 1972 to 1993 he worked for Warner Communication in several capacities.

Mr. Kapp’s marriages to Elizabeth Leighton and Lydia Sarasohn ended in divorce. In addition to his wife, whom he married in 1989, he is survived by two sons and a daughter from his first marriage, Peter, Thomas and Laurie Kapp; seven grandchildren; and one great-grandchild.