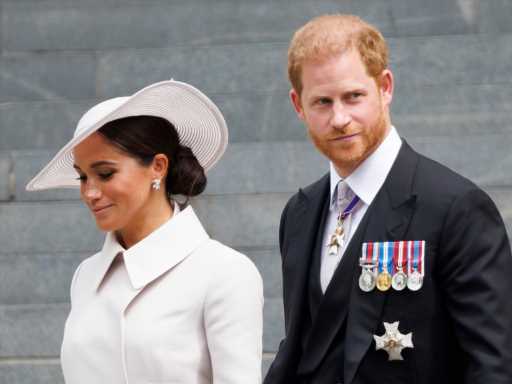 Ever since we learned Meghan Markle and Prince Harry were traveling to the United Kingdom for Queen Elizabeth II’s Platinum Jubilee, we were eager to see the first photos of the couple reunited with members of the royal family. Today, we finally got a look at the Duke and Duchess of Sussex at their first royal family event in more than two years. Meghan and Harry attended the National Service of Thanksgiving at St. Paul’s Cathedral and looked as united as ever.

The couple was perfectly dressed for the occasion. Meghan looked truly stunning in her white mono-chromatic ensemble, including matching hat and gloves. Harry was dapper as ever in his attire too, brandishing a few medals on his tailcoat. The couple walked hand-in-hand down the cathedral stairs, and appeared calm and poised — but we wouldn’t expect anything less from these two. 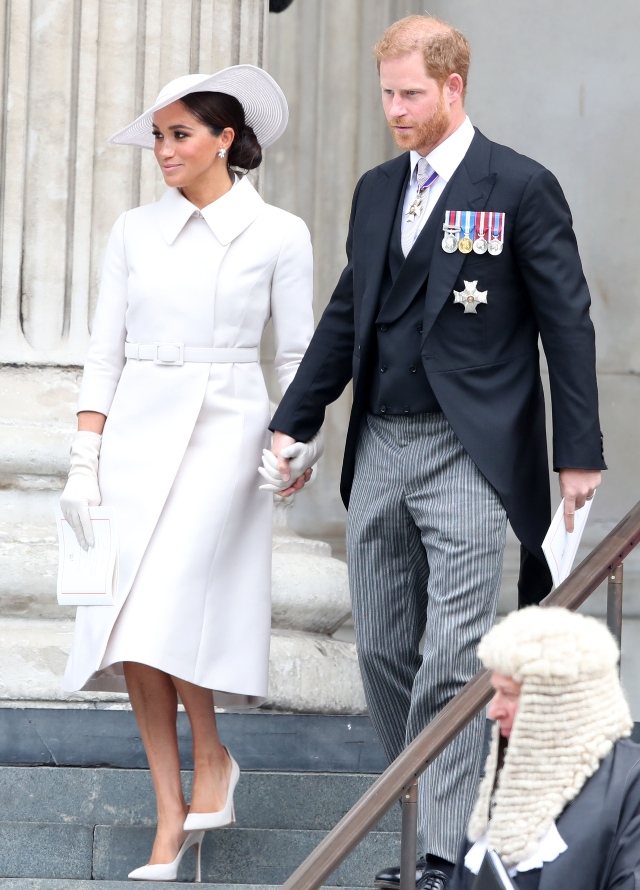 Prior to traveling to the U.K. for Platinum Jubilee festivities, reports surfaced that Harry and Meghan wanted the focus of these next few days to be solely on Queen Elizabeth II and her historic achievement, marking 70 years on the throne. While the couple did attend yesterday’s Trooping the Colour, they did not join members of the royal family on Buckingham Palace’s iconic balcony — it was previously decided that only working members of the royal family would appear on the balcony. 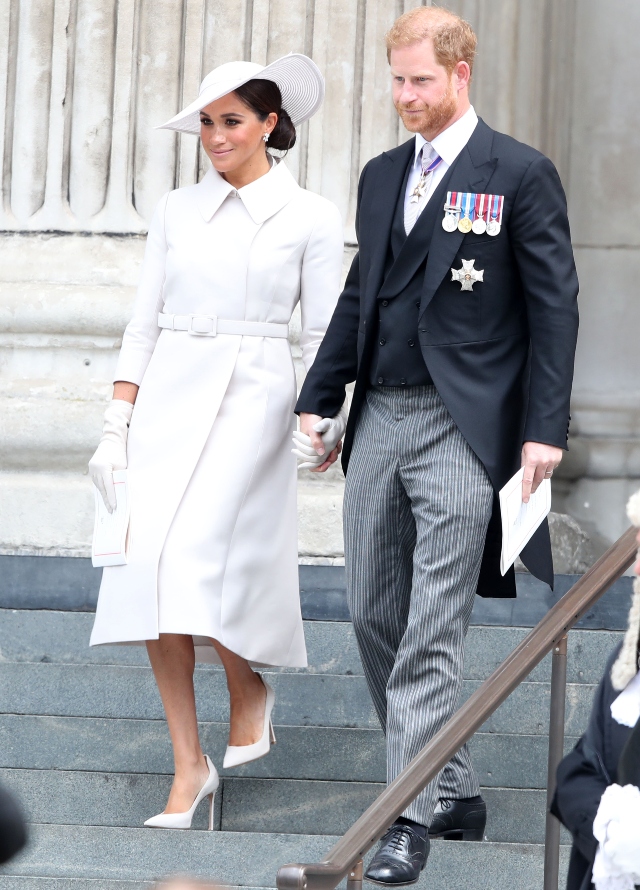 Instead, Harry and Meghan hung back and were even spotted goofing around with the youngest generation of the House of Windsor. After taking a step back from their duties as senior members of the royal family back in early 2020, we’re just glad to see the couple back in the United Kingdom and enjoying the Platinum Jubilee festivities. We hope this is the first of many snapshots we get to see of the couple over the course of the next few days.