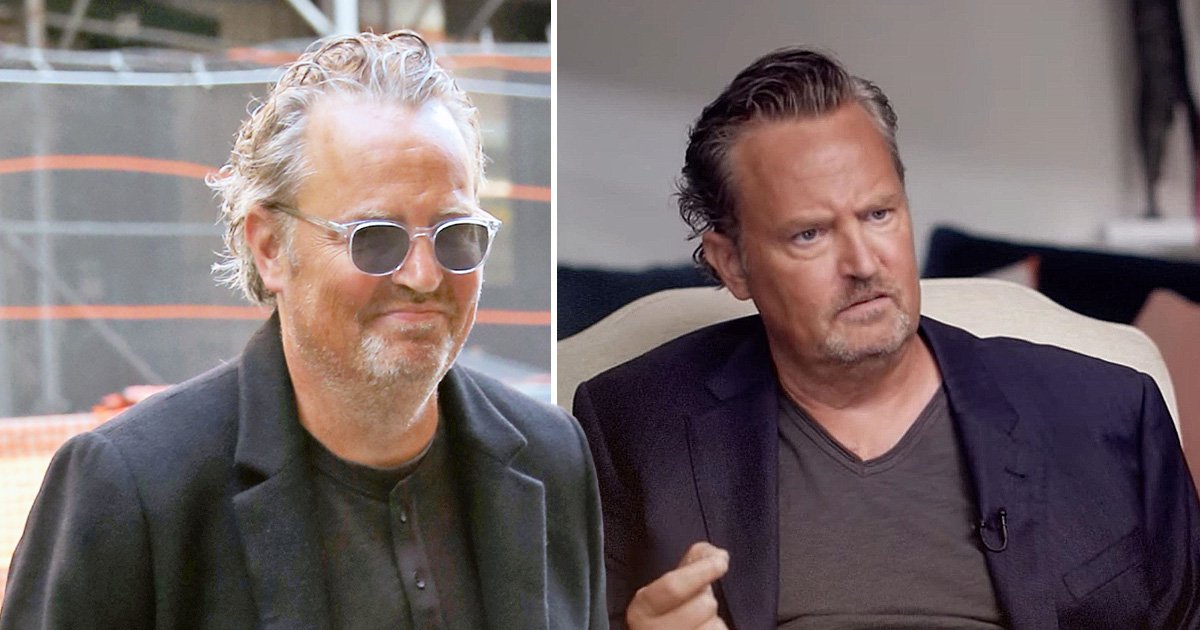 Matthew Perry was all smiles yesterday after opening up about his battles with addiction in a revealing interview with US TV host Diane Sawyer.

The Friends actor, 53, recently sat down with journalist Sawyer and openly discussed his lengthy struggles with substance abuse that began in the 1990s.

Perry, who played Chandler Bing on the hit sitcom for 10 years, revealed in the interview that he attended thousands of Alcoholics Anonymous meetings.

He also explained in the hour-long discussion that his weight fluctuated during his years on Friends based on his addictions at the time.

After the interview aired, Perry was seen in New York City wearing a smart casual outfit that featured a black blazer coat and dark jeans, with light sunglesses on.

He flashed a smile as he headed to his hotel, amid the promotional tour for his upcoming memoir Friends, Lovers and the Big Terrible Thing.

Last week, Perry caused a storm when extracts from the book, surfaced and he was criticised for comments about fellow actor Keanu Reeves in which he wrote: ‘Why is it that the original thinkers like River Phoenix and Heath Ledger die, but Keanu Reeves still walks among us?’

Later in the book, he recalled losing friend Chris Farley, punching a dressing room wall, and once again wondering why ‘Keanu Reeves [still] walks among us’.

After his comments Perry apologised, saying: ‘I’m actually a big fan of Keanu. I just chose a random name, my mistake. I apologise.’

Perry has opened up in the past about his battles with addiction and substance abuse during his years on Friends.

In 1997, during the fourth season, he entered a 28-day rehab programme for Vicodin pain medication addiction.

Perry lost and gained several pounds between 1997 and 2001, and has confessed in recent years that he cannot recall filming many episodes of the hit sitcom.

Speaking to Radio 2 in 2016, he said: ‘I don’t remember three years of it. Somewhere between season three and six, I was a little out of it.’

In 2018, he required surgery for an abdominal perforation, living with a colostomy bag for nine months afterwards.

According to reports, Perry has been sober since 2021.

Friends is available to watch on Netflix.

Frank offers confidential advice about drugs and addiction (email [email protected], message 82111 or call 0300 123 6600) or the NHS has information about getting help.

Adfam has local groups for families affected by drugs and alcohol and DrugFam offers phone and email support to people affected by other people’s drug or alcohol misuse.