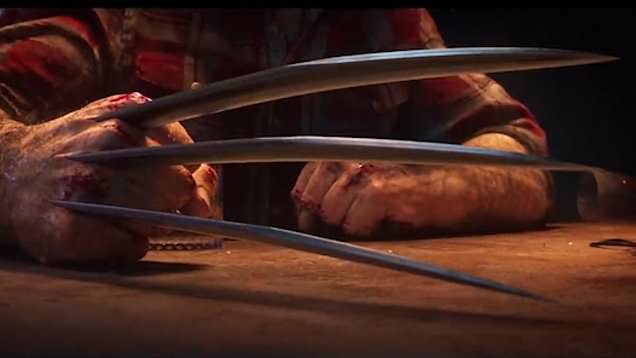 Insomniac still hasn’t explained much, if anything, about its PlayStation 5 Wolverine game, but creative director Brian Horton did describe it as having a ‘mature tone.’

It’s not clear whether this means it will be tackling especially heavy subject matter or just be uber violent and gory. Regardless, it sounds like the Wolverine game’s tone will greatly deviate from what we’ve seen in most other Marvel games.

Unlike how Marvel has been willing to create less kid friendly movies and TV shows, like Logan and The Punisher, there have rarely been any adult-orientated games. It turns out this is something the company has considered, but it doesn’t want to release an adult-rated title if it doesn’t suit the character.

In a recent interview, vice president of Marvel Games Bill Rosemann discussed the topic of mature Marvel games, explaining that it’s always been a talking point.

However, the company isn’t willing to make a property or character gritty and bloodier just to appease a potential market. What decides the tone is whether it fits the character as well as whether the target audience wants it.

‘It’s something we’ve talked about and it comes down to character, being authentic, appropriate, and power and responsibility,’ Rosemann explained to ComicBook.

‘The power is we get to work with these great characters. The responsibility is using them correctly.’

As an example, he cites a relatively obscure (although not if you read the old UK Transformers comics!) team called the Power Pack, which is made up of four young superpowered children. Rosemann believes a mature Power Pack game wouldn’t ‘fit the themes and the characters. It’s not the right thing to do.’

He adds: ‘We sit down and talk about what’s the player fantasy? What do you expect from this character? Who is the audience? If we were going to go down that path, how do we responsibly create it, market it, sell it?’

A Marvel game with a high age rating would be a hard sell considering most of the company’s popular characters are enjoyed by kids as well as adults. Such a game would not only limit its audience, but Marvel would need to be careful not to incite angry parents for potentially advertising an unsuitable game to children.

A character like Wolverine, however, has the kind of history in both the comics and movies that means fans expect a solo game to be more mature in its presentation.

In fact, it’s already been done before with the tie-in game to the X-Men Origins: Wolverine movie from 2009. That game’s Uncaged Edition received an 18 age rating for its violence, so it’s not unreasonable to assume Insomniac is pursuing a similar direction for its game.

There was also a Punisher game in the PlayStation 2 era that was so violent it ended up being censored in most countries. All of these examples were well before the current era of Marvel popularity though, with the most recent 18-rated game being 2013’s Deadpool game.

It’ll be a while until Insomniac shares any further details on the Wolverine game. Right now, the studio is focused on getting Spider-Man 2 out the door, which is scheduled for an autumn release this year.

Just like Wolverine, there’ve been no real updates on Spider-Man 2 since the 2021 announcement. Aside from Insomniac saying that development was progressing well this past October.