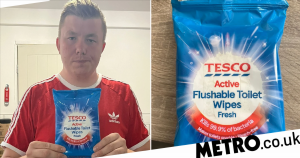 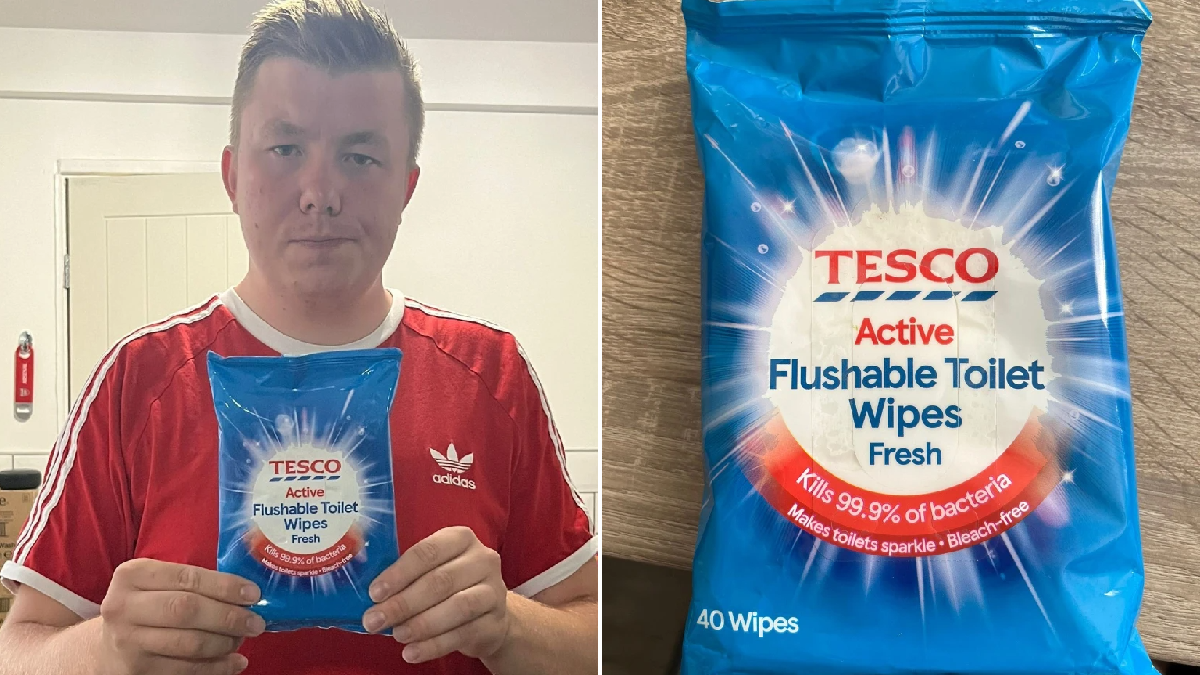 A man has been left a little red faced and red arsed after using toilet cleaning wipes instead of loo roll.

Leon Gleed, 29, suffered soreness in an intimate area after using the antibacterial wipes from Tesco.

He didn’t realise that they were actually meant to be used to clean the toilet, not his backside, causing a Johnny Cash moment.

His girlfriend Sadie Williams, 29, picked them up from an Express store in Rica, south Wales, and left them in the bathroom.

After several trips to the toilet, Leon developed a bit of a rash and irritation.

He checked the packaging of the wipes and confessed to Sadie – who he said burst out laughing.

A few days and multiple trips to the toilet later, Leon had developed a nasty rash.

He checked the packaging of the wipes and confessed to Sadie – who he said burst out laughing.

Leon says although it was a silly mistake to make, he believes cleaning products should be labelled more clearly to avoid any risk of confusion.

The Active Flushable Toilet Wipes he was using says ‘Makes toilets sparkle’ but makes no mention of anuses.

Leon from Cwmbran said: ‘I thought the product was wet wipes you use to go to the toilet with – but as it turned out, that wasn’t the case.

‘When I developed the soreness I knew something wasn’t quite right and when I checked the packaging it said ‘kills 99 percent of bacteria’.

‘Sadie said to me ‘how can you be so stupid’, but I think cleaning products should have warning labels on them so they’re more identifiable.

‘I’ve come through the worst of it now – I had to use Sudocrem down there for a week!

‘Being a lorry driver it was hard to get in and out of the truck for a while because of the constant chafing and burning pain.

‘The only way I can describe it is like the night after a hot curry but ten times worse!

‘I know it was a silly mistake to make but I’m convinced there’s other people out there who have done the same!’

A spokesperson for Tesco, said: ‘We were sorry to hear about this. We make the labelling on our packaging as clear as possible for customers.’