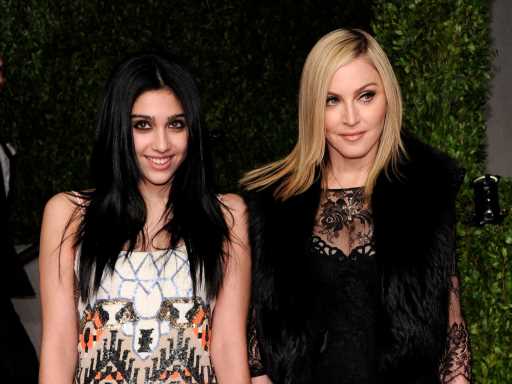 Madonna is a proud mom of six: her young, adopted twins Stella and Estere most recently joined the family, and then there’s older sister Mercy James, her two kids David and Rocco Ritchie with ex Guy Ritchie, and 24-year-old daughter Lourdes Leon, who she shares with ex Carlos Leon. The eldest of Madonna’s brood, Lourdes has been making her way through the fashion world since she was a teenager and has been following most closely in her mother’s footsteps so far. Now, she’s created an official Instagram page where fans can track the starlet on the rise, starting with some sexy snaps from her Juicy Couture underwear campaign, but those expecting a shy and polite budding influencer quickly had their assumptions corrected. At 24, Lourdes has a filthy sense of humor and a swear-laden vocabulary, and we honestly think Madonna must be proud.

So far, Lourdes’ page is dedicated to her past modeling work, from the Juicy shoot to Adidas x Stella McCartney videos. But comments about mom Madonna were met with a swift tongue-lashing: “not u thirst trapping…. what would ur mom think !” one fan wrote.

“Does your mom know u don’t wash ur ass,” Lourdes wrote back.

You get the idea. Lourdes then blocked comments on her next two posts, presumably deciding that her followers couldn’t be trusted not to mention her famous mom — which, for one reason or another, seems to strike a real nerve in the model. So far, it looks like Lourdes’ Instagram presence will be just as inscrutable and provocative as Madonna’s often is…though we definitely wouldn’t recommend making that comparison on her page.