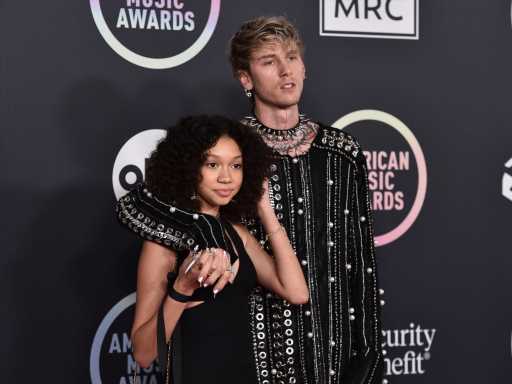 Machine Gun Kelly brought the cutest date with him to the American Music Awards on Sunday, and no, it’s not girlfriend Megan Kelly. His plus one to the music awards show was his 12-year-old daughter with ex Emma Cannon, Casie Colson Baker, who looked so excited to be by her dad’s side at the big event.

The father and daughter were dressed in coordinating black outfits. Baker had a simple, but elegant gown with cutouts along the side while MGK had a black shirt studded with silver hardware, including a spiked collar, giving off a total edgy vibe. The duo held hands as they posed for pictures along the carpet and she even was quoted by ET saying she has a “cool dad.” She’s probably going to have a lot of great stories to tell her friends in middle school on Monday. 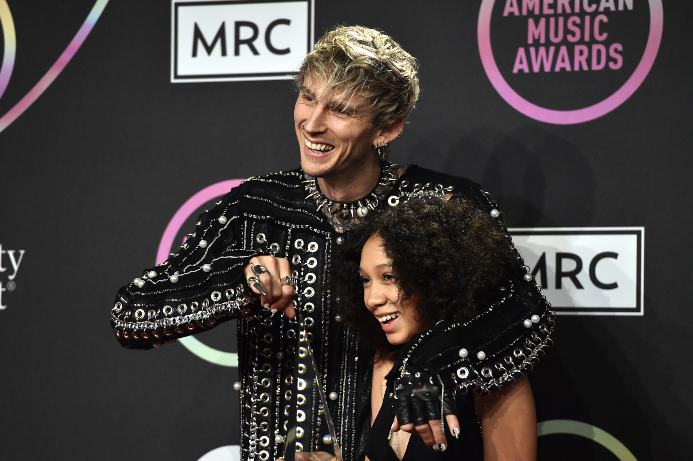 Fox couldn’t join MGK on the red carpet this time around (no PDA photos for all of us) because she’s currently filming Expendables 4 in Europe. But the rapper will still have a great time with his daughter sitting next to him because as rebellious as he may seem, he’s really an old-softie as a dad. “People gotta understand that as wild as I am, I still have to go home at night and there still is someone that is sitting there like, ‘I’m six years old and I can’t handle you being as gnarly as you are,’” he told Billboard in 2018.

His goal is “to make her proud” and that “it’s the most beautiful thing” he could ever do as a father. MGK added, “[My music] is my gift as a father to my daughter.” And that’s why the MGK and Casie will probably be making a lifetime of memories (and a few bragging rights for his daughter) at a big Hollywood night out.