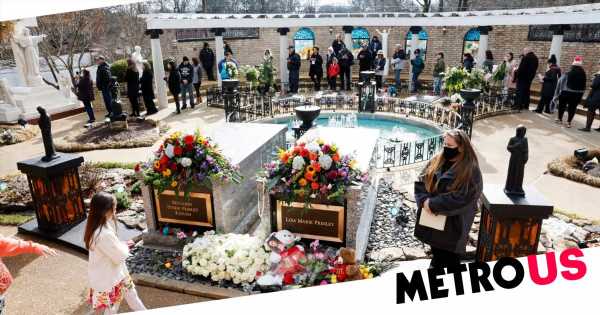 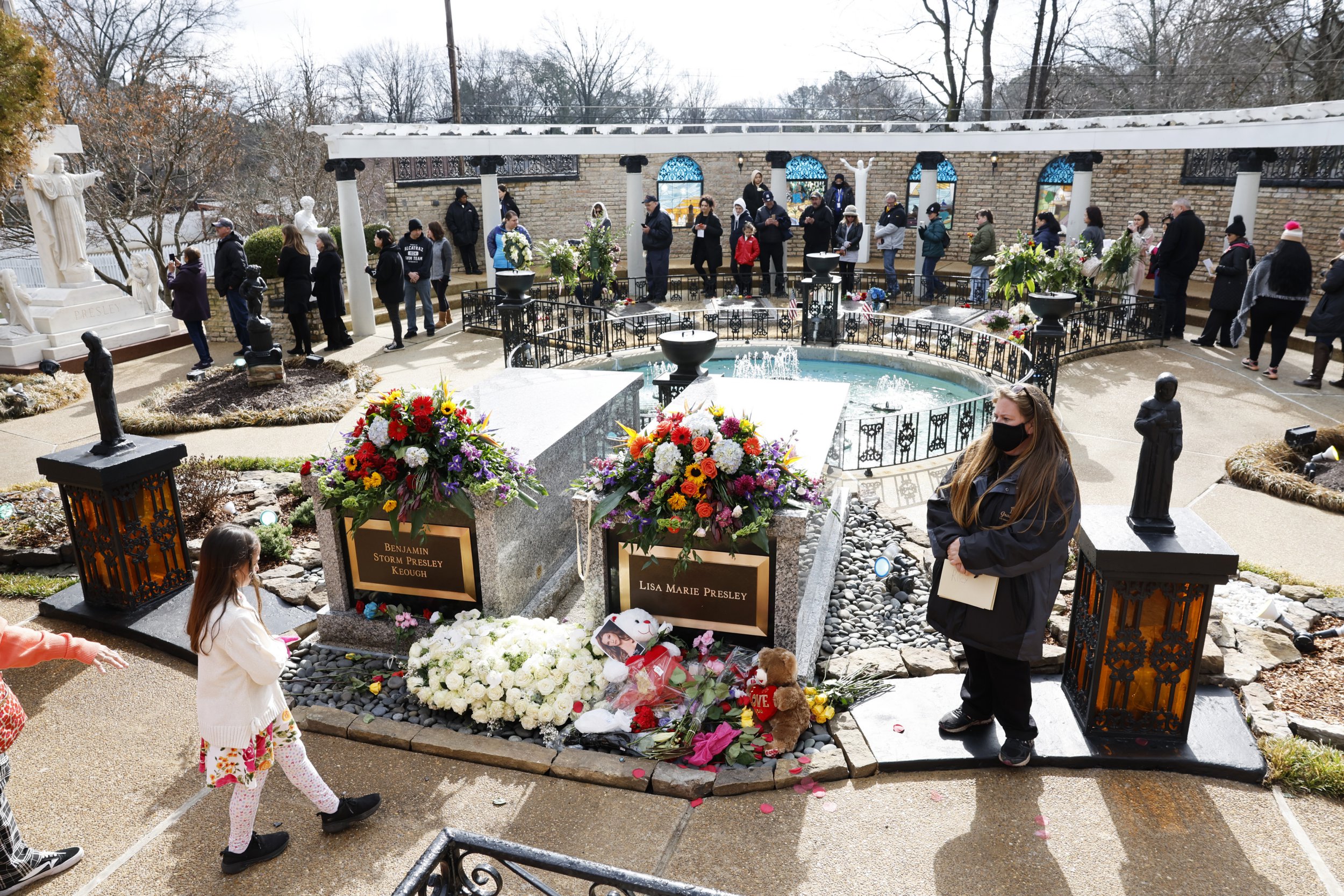 Fans were invited to pay their respects at the funeral of Lisa Marie Presley, with her grave later adorned with floral tributes and photographs.

The singer – who was the only daughter of Elvis Presley – died on January 12, two days after attending the Golden Globes.

Presley’s death was confirmed by her mother, Priscilla, after she was rushed to hospital in cardiac arrest. She was 54 years of age.

An emotional memorial service was held on Sunday (January 22) at the sprawling estate of Graceland in Memphis, Tennessee, where Presley was born.

She inherited the mansion from her famous father when he died in 1977 – Presley was nine at the time – and the 13.8-acre estate will now be passed on to her own children.

It was confirmed that the star was to be buried next to her late son, Benjamin Keough, who died in 2020 after taking his own life at the age of 27.

Ahead of the burial, Benjamin’s resting place was moved slightly, so his mother could be next to him.

The family’s tombs are all located around the mansion’s famous backyard fountain, including that o Jailhouse Rock singer, Elvis.

Photos of Presley’s grey marble sarcophagus taken after her memorial – which was also streamed online for fans around the world to watch – show it covered in bouquets and messages.

Paying their respects, mourners made their way around the grounds, stopping at the grave to bow their heads.

Teddy bears and personalised notes were also left, with young children accompanying their parents for the momentous day.

Outside Graceland, grieving fans also left tributes, writing messages on the walls and laying out photos of Presley throughout her life, including with her famous father.

As for her service, mother Priscilla, 77, took to the microphone to read a poem by her granddaughter and from actress Riley.

In a very tearful moment, she began: ‘I’m blown away by how many people are here today.’

The poem from her granddaughter read: ‘I have no idea how to put my mother into words, the truth is there are too many.

‘Lisa Marie Presley was an icon, a role model, a superhero to many people all over the world.

‘But Mama was my icon, my role model, my superhero, and much more ways than one.’

A poem by Presley’s daughter Riley then said: ‘I hope I can love my daughter that way you loved me. The way you love my brother and my sisters. Thank you for giving me strength, my heart, my empathy, my courage, my sense of humour.

‘We are you. You are us, my eternal love. I hope you finally know how loved you were here. Thank you for trying so hard for us. If I didn’t tell you every day, thank you.’

While Priscilla took to the stage, the rest of the family requested not to be photographed.

They sat on the front row of the lawn, with biopic star Austin Butler and his model girlfriend Kaia Gerber behind, along with Elvis director Baz Luhrmann.

The likes of Alanis Morissette and Axl Rose from Guns N’ Roses performed, while Sarah Ferguson, Duchess of York, read a eulogy.

Members of the public were encouraged to donate to The Elvis Presley Charitable Foundation in lieu of flowers.

The foundation offers support to various charitable organisations, especially focusing on arts, education, and children’s programmes in the Memphis/Whitehaven area.