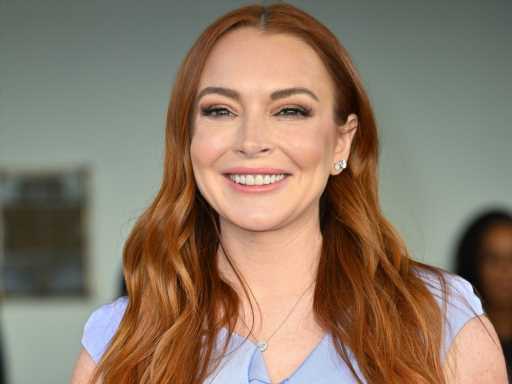 If you’re unfamiliar with the trend, people on TikTok either act out the conversation they’d have with their younger self, filling them in on what’s happened in their adult life, or do it in pictures like Lohan has.

So back to Lohan: she started the video with younger her asking, “Do I like my red hair?” and “Do I like my freckles?” Lohan excitedly replies that she loves both of those things that used to make her insecure, even saying “They used to make me uncomfortable as a kid but now I realize how beautiful they are!” The younger self asks her if they model, play dress up, and all that, which Lohan also updates with an emphatic “yes!”

When asked, “Do we dance” Lohan replied with “I dance to celebrate life,” along with tagging a video of herself dancing in a pink pantsuit outside a moving car.

Then we get to her family talk. When asked if she’s still close to her siblings, she posts a recent photo of all four of them, saying, “We’re best friends! We love to laugh & spend time together!” And as for her parents, adult Lohan filled her in that she’s both a Mommy and Daddy’s girl, hinting she and her parents have worked through their differences.

We end with younger Lohan asking, “Am I still smiling?” After everything Lohan has been through, she responds in such a sweet way, showing everyone she’s healing. She said, “Life is beautiful & I’m so grateful for my husband, family, & everything life brings!” 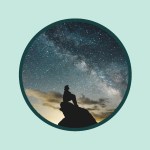 
‘What Planet Can I Blame for This?’ Your Guide to Astrology & the Vibes for January 2023

Throughout it all, we get unbelievably sweet photos of her smiling with her mother, father, and her husband Bader Shammas.

If you know of Lohan, then you know of her tumultuous past, and even rougher relationship with her parents Michael and Dina Lohan. With her father, the Parent Trap star was there and saw firsthand when he was battling with his alcohol and drug abuse. She previously told the Irish Examiner, “I grew up really fast just because of the situations I was subjected to because of my father. My mom would try to shield me from that as much as possible, but I chose to get in the middle of my parents my entire life.”

As for her mother, she was also known for her drug and alcohol abuse, along with having highly-publicized fights with Lindsay.

While it was reported that they were estranged in 2016, they seemed to have cleaned up their acts and gone toward a path of healing.

As for Lohan, this video proves that not only is she back in the acting game, but she’s been healing over the years. Between the incessant paparazzi hounding, the drug and alcohol dependency, and more, many feared for Lohan’s safety. But she’s truly thriving, and honestly living her best, most confident life!

She recently moved to Dubai (where she met her husband), and told Vogue how that decision really changed her life for the better. When asked why Dubai, she said, “I think it’s because paparazzi are illegal there. I really found that I had a private life, and I could just take time for myself. I decided to stay there because I really learned to appreciate what it is to go, do my work, and then leave and live a normal life.”

If you or someone you know is struggling with addiction, you can get help by calling the Drug Addiction Hotline at 1-877-813-5721.