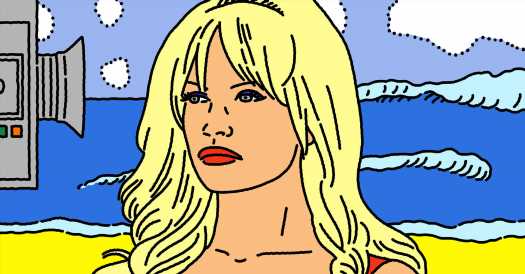 Her Emmy-nominated role in “Pam & Tommy” gave her a new appreciation for the many complications of being Pamela Anderson.

Voting is underway for the 74th Primetime Emmys, and this week we’re talking to several acting nominees. The awards will be presented on Sept. 12 on NBC.

Actors usually talk about the thrill of digging into a role, how excited they are when they crack the code. Lily James does evoke those emotions when asked about channeling Pamela Anderson in the Hulu mini-series “Pam & Tommy,” but there is always a slight shadow.

She was scared, she said — and she got a little obsessive. She spent her hours in the makeup chair listening to collections of Anderson interviews and excerpts from shows like “Stacked,” “V.I.P.” and, of course, “Baywatch.”

“I was so fricking terrified that I wasn’t going to pull it off,” James, who is British, said in a recent video conversation. (Her accent was one of many transformations she had to undertake for the role.) “I haven’t ever worked harder, just because it needed that.”

She did pull it off: Her performance earned both wide praise — The New York Times’s James Poniewozik described it as “sneakily complex” when the show premiered, in February — and James’s first Emmy nomination. (“Pam & Tommy” got 10 nods overall, including one for best limited series.)

During a recent video chat, the co-showrunners D.V. DeVincentis and Robert Siegel confirmed James was all in, all the time.

“There was no hanging out or gossiping by the food, nothing like that,” DeVincentis, also a writer and executive producer on the show, describing her ethic on set. “If she wasn’t shooting she was always sitting listening to interviews with Pamela Anderson to keep the voice in her head.”

“Also just being lovely and cheerful and approachable,” Siegel, who is also the creator, added quickly — lest anybody think James had gone to antisocial, diva-like extremes. “She had so many opportunities where she could have snapped or lost her temper, and it would have been completely forgivable and justified. She never really did.”

James, 33, could not have been more cordial when we talked, even though she had to carve out time from her last moments of rest in Tuscany — where she was staying before moving on to Rome to start work on a film by Saverio Costanzo, the Italian director behind the Elena Ferrante adaptation “My Brilliant Friend” on HBO.

She had the talking-with-her hands thing nailed already, and she looked relaxed and easygoing, with an excellent of sense of how to still look great on Zoom. She projected an endearing mix of low-key confidence and lighthearted self-deprecation, which included an overly severe assessment of her own interview skills.

Anderson is yet another step up for James, whose three-season stint as Lady Rose MacClare on “Downton Abbey” lifted her into increasingly high-profile roles — including the younger version of Meryl Streep’s Donna Sheridan in “Mamma Mia! Here We Go Again” and Ansel Elgort’s girlfriend in Edgar Wright’s stylish, bubble gum action movie “Baby Driver.”

It wasn’t the first time she had played a historical person, though Churchill’s wartime secretary, Elizabeth Layton, who died in 2007, was in no position to nitpick the way James portrayed her in the period drama “Darkest Hour,” from 2017. Both title characters in “Pam & Tommy,” on the other hand, are very much alive. 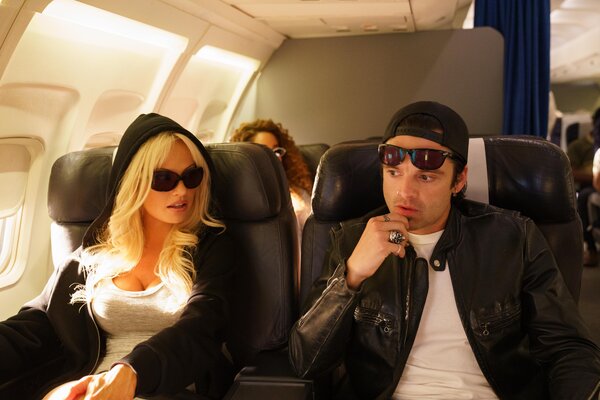 One of the few moments of hesitation during our conversation came when I asked whether she had ever met Anderson — who was not involved in the series and let it be known afterward that she had not checked it out.

“Still nothing,” James said, “and I totally respect that. That’s her choice. It’s a bizarre thing because I’ve played her, and I feel so attached but …” She drifted off. “I hope that if she was ever to watch it, she would feel that the show was just so behind her.”

To break away from it all, James enjoys being in nature, away from people and cities. “When you see the perspective of the ocean and the horizon in front of you, you’re like, ‘Oh, this is all OK,’” she said.

But asked whether she was still able to chill on beaches — or whether they now triggered visions involving rescue cans and slow-motion running — she flashed back to shooting a big “Baywatch” scene in “Pam & Tommy.”

“That one is going to go down in my life as one of the craziest days,” she said, shaking her head. “There were paparazzi wading into the sea, taking pictures of me — and I’m someone that never likes to be photographed in my bikini, let alone in Pamela Anderson’s red bathing suit.”

That suit is now an integral part of the 1990s cultural landscape. And if “Pam & Tommy” has achieved one thing, it’s to make us reconsider Anderson’s role in it, particularly the early part of her marriage to the Mötley Crüe drummer Tommy Lee (Sebastian Stan, who was also nominated for an Emmy), when the couple’s sex tape was stolen and found its way on the marketplace.

Lee came out of the scandal fairly unscathed — rockers gonna rock — but Anderson was relentlessly mocked and vilified. “The show is about looking at our culpability as a human being, our lack of empathy,” James said. “The responsibility of how the show would be received weighed heavily on me, so I really couldn’t let it go, and I didn’t film for a long time afterwards.”

“I didn’t feel able to,” she added. “I found myself still speaking in an American accent.”

You can’t let yourself disappear in someone else’s life and psyche — and physical appearance — the way James did without being affected. “Pam & Tommy” may have felt like a bit of a lark on paper, but it led to some soul-searching.

“It’s made me want to keep going and shoot for really challenging roles,” James said, adding, “I felt like I needed some sort of change in my career and this was it, a sort of crossroads.”